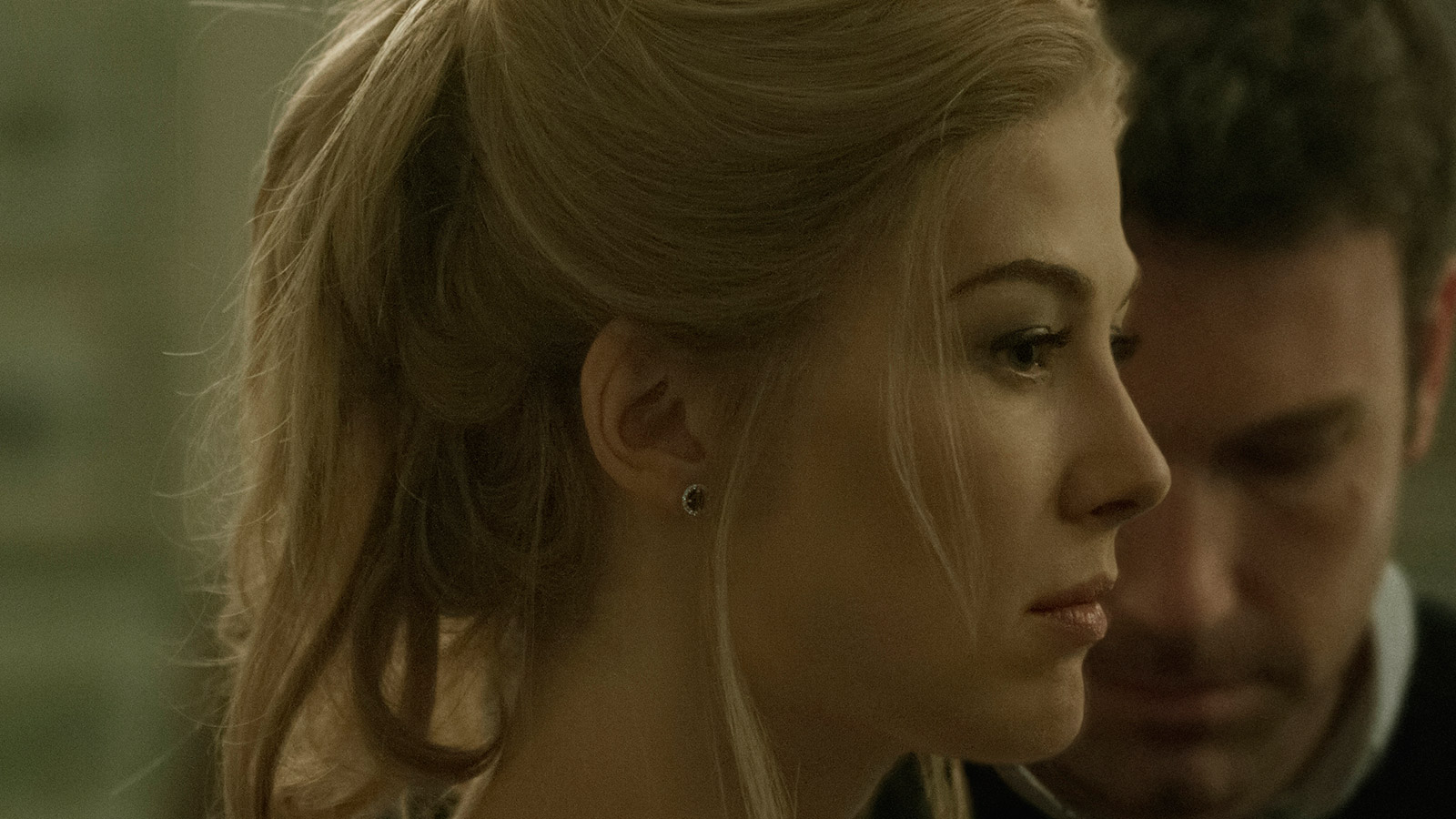 There are very few likeable people in Gone Girl, David Fincher’s film adaptation of Gillian Flynn’s bestselling book, which may explain its critical acclaim. Bad characters are in vogue these days: not as foils to good characters or as animate morality lessons about the dangers of drugs and crime, but as protagonists who finish first, unscathed and unrepentant. From Breaking Bad to The Wolf of Wall Street to House of Cards (the first two episodes of which Fincher directed), moral ambiguity in the movies and on TV is now a mark of sophistication and depth. By these standards, then, Gone Girl is the deepest movie ever made.

The film’s protagonist, Nick Dunne (Ben Affleck), is an aloof, misogynistic hipster (he owns a bar called the Bar) who doesn’t appear remotely distraught when his wife, Amy (Rosamund Pike) goes missing on the morning of their fifth wedding anniversary. He is irritated when he finds his front door wide open, his glass coffee table smashed in, and his wife mysteriously absent—but he isn’t scared; a sign in the minds of police and the media that he may be hiding something. Fincher’s film begins as Flynn’s book does, in Nick’s irrefutably creepy voice. He wishes he could open his wife’s “finely shaped head,” he tells us, and extract some answers to the questions that “stormcloud over every marriage. ‘What are you thinking? Who are you? What have we done to each other?’ ” Amy is a waifish, nagging, spoiled New Yorker, resentful of Nick for moving them from Manhattan to his sleepy Missouri hometown after the recession. We are to believe, based on a sequence of flashbacks and voiceovers reminiscent of Desperate Housewives (these are substitutes for Amy’s diary entries in the book) that Nick and Amy were once in love, but even their tender moments are laced with foreboding.

What makes Gone Girl, in its earlier moments, such an engaging mystery is the unreliable narration. In print and on screen, we shift back and forth between Amy and Nick’s voices, equally wary of both but hopeful that their skewed versions of events will give us insight into who they are and potentially, what has become of Amy. Did Nick kill her? Or is he innocent, and simply relieved she is gone? Nick claims Amy is a demanding shrew, and Amy claims Nick is absent and angry, verging on abusive. The competing narration is evidence that marriage is a mystery unto itself, with or without a missing persons case.

Unfortunately this is when Flynn, who adapted the screenplay from her book, drops the cheap, anachronistic bomb on us: Amy, it turns out, isn’t merely an unreliable narrator in the same obfuscating fashion as Nick. She is an inadmissible narrator: a comically insane femme fatale whose version of events isn’t sanitized to win us over, but fabricated almost in its entirety to incriminate Nick. She morphs instantly from a real person into a caricature from one of Tyler Perry’s Biblical revenge allegories, a sociopath who makes false rape accusations and penetrates herself with a wine bottle in order to mimic signs of “forced entry.” (Ironically, Perry plays the only likeable character in Gone Girl, hot-shot defence attorney Tanner Bolt).

Flynn’s foray into Fatal Attraction territory has caused controversy since the book’s release in 2012. Some critics accused the author, a Missouri native like her protagonist, of being anti-feminist. The limitations of film are especially unkind to Amy’s character, who is “stripped of her self-justification” when adapted to screen, writes Amanda Dobbins in Vulture. Flynn has defended her villainous heroine by lamenting the lack of complex women characters in literature. “Isn’t it time to acknowledge the ugly side?” she writes in an essay on her website. “I’ve grown so weary of the spunky heroines, brave rape victims, soul-searching fashionistas that stock so many books.”

Well, I’ve grown weary of the woman scorned. A heroine willing to set the world on fire to punish her inattentive, philandering husband is a cliché far greater and older than Eat Pray Love. Gone Girl may begin a smart and promising mystery, but it ends a misogynistic wet dream.