Accused of a massacre, Ishmael Muslim Ali allegedly hijacked a plane to flee—but says he didn't commit the crime 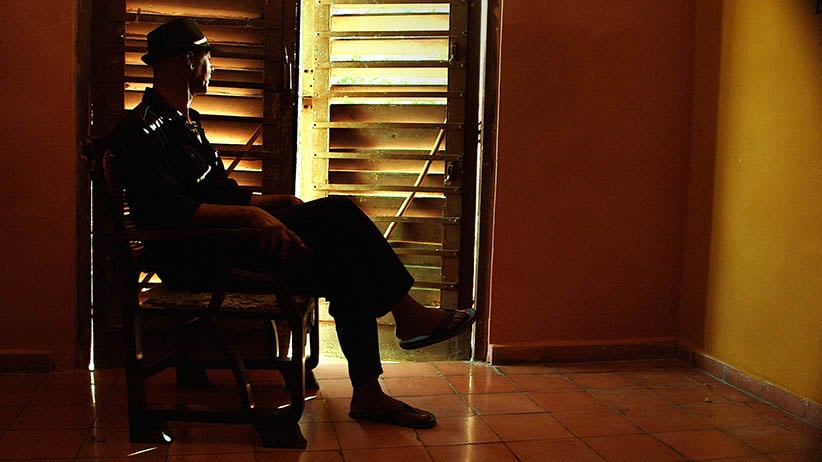 Still from The Skyjacker’s Tale. (TIFF)

Cinema loves antiheroes. The cowboys and mobsters and bank robbers. The scoundrels, the miscreants, the libertines who stand up with conviction and courage—whether to oppose injustice or assert the essential condition of their own liberty.

At the time, Ali was being transferred to a mainland U.S. prison after he was convicted for a 1972 shooting massacre at Fountain Valley Golf Course in St. Croix, where eight people were murdered. Using a handgun hidden for him in the plane’s washroom, Ali commandeered the flight to Cuba, where he currently lives as a free man.

“I was looking at documentaries that win Oscars, like Man on Wire or Searching For Sugar Man, and I was thinking, ‘Where do these stories come from?’ ” says Kastner, best known for the 2012 doc The Secret Disco Revolution. “The answer is: my car mechanic.”

Kastner was preparing a TV reality series (“trying to dutifully sell out,” as he puts it) about the guy who services his vintage Mercedes. In the process, his repairman hooked him up with a friend who claimed to have met an airplane hijacker while visiting Cuba. Curious, Kastner passed his contact info along. “I started getting texts from a number I didn’t know saying stuff like, ‘Mr. Kessner [sic], you’re the man. Got a good feeling about you!’ ” he remembers. “Like, was this some Internet dating thing I’d forgotten about? Then I realized it’s a Cuban number. Within two weeks I was on a plane.”

Related: Nate Parker, rape allegations and The Birth of a Nation

He arrived in Cuba, travelled to a small rural town, where a taxi met him and drove him to a local bar. “I believed I was in a cab on my way to meet a mass murderer.”

But when Kastner met Ishmael Muslim Ali, his mind changed. Ali claimed he wasn’t involved in the massacre, and that confessions from him and his co-defendants were extracted through torture. For Kastner, the story was persuasive. He began planning to make a movie, while holding fast to the cloak-and-dagger protocols that tend to define dealings with people on the FBI’s Most Wanted List.

Maclean’s own opportunity to speak to Ali wasn’t quite as covert. In a hotel suite during the Toronto International Film Festival, Kastner dials a number in his cell, stored under a fake name, and connects to Ali. Over a crackly overseas connection, he launches into a case for his innocence.

“They call me a hijacker,” Ali begins. “But I didn’t go and try to hijack a plane. I was taken on that plane as a prisoner! It’s like hundreds of years ago, when my ancestors were being shipped from their own country for slavery. I had to try and liberate myself from the injustice, and the suffering.”

Ali says that his main motivation in telling his story is the fate of his co-defendants, who he calls “political prisoners.” “I was fortunate enough to be able to liberate myself,” he explains, “but I really feel bad. Sometimes I feel guilty about my fortune with them still suffering in the prisons they’re held in.”

In The Skyjacker’s Tale, officers involved in the case admit to beating and torturing the suspects. While Ali and his co-defendants were involved in black radical movements, the only evidence of their involvement in the golf course slaying seems to be their status as black men who were known to St. Croix police.

With The Skyjacker’s Tale Kastner has happened upon—in part through careful investigation, in part through sheer, dumb luck—another story the movies are enamoured with: that of the wrongfully convicted man. What begins like Dog Day Afternoon or Jesse James at 40,000 feet reveals itself as something sadder and more righteous: part Green Mile, part Thin Blue Line, part Afro-Caribbean Shawshank Redemption.