The verse that Robin Williams contributed 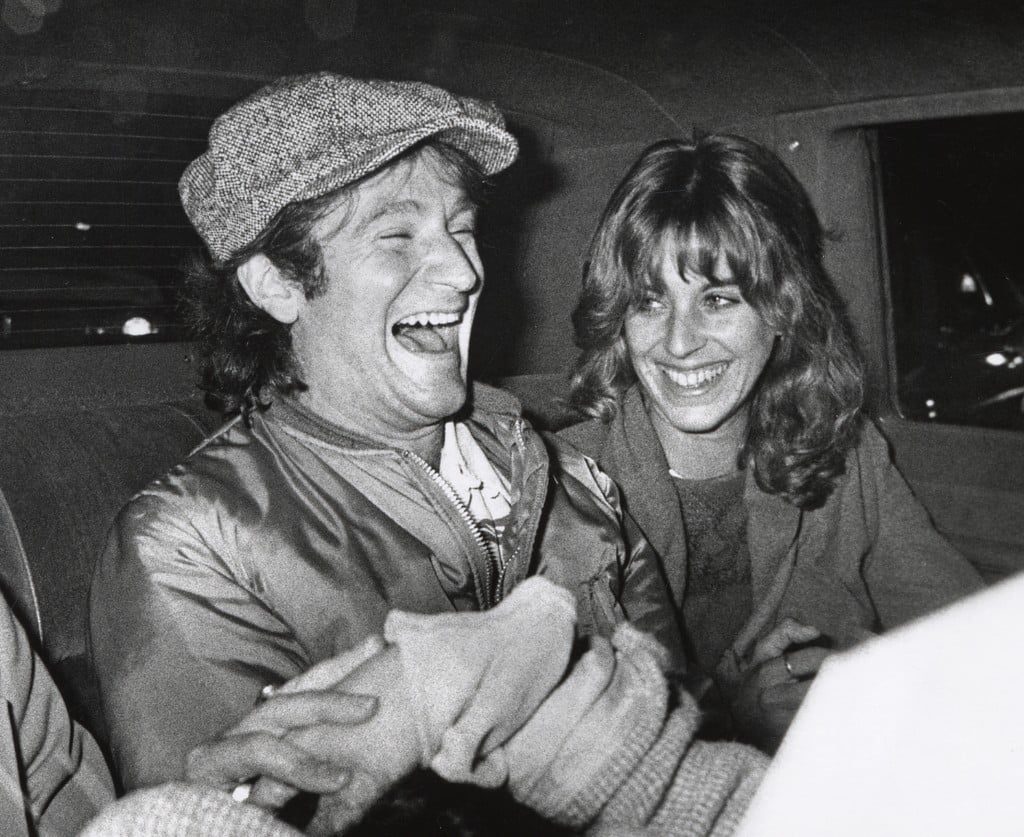 The surprise, when I got a copy of Reality… What a Concept, was that Robin Williams had a deep voice. It was 1979 and I was 12 and I believe Williams’s debut comedy LP was about the third or fourth record album I ever owned. In those days there weren’t a lot of avenues for learning about somebody you’d see once a week on TV,  so I just assumed the squeaky helium voice of Mork was Williams’s natural voice. Nope: it was just part of the antic disposition he donned for the flimsy one-note role that made him, within a few months in 1978, one of the biggest stars in America.

In real life — to the extent a stand-up comic’s stage persona is any closer to real life — Williams sounded like what he was: a superbly educated young man who spoke with a velvety and erudite baritone, the product of a life of ease and opportunity. He grew up in suburban Detroit, the son of an automobile-company executive. He moved to Marin County and studied theatre at Juilliard, a protegé of John Houseman and classmate of Christopher Reeve. Happy Days, created as a de facto serialization of American Graffiti, had already entered its interminable creative decline when he auditioned for a part as a space alien who descends into Richie Cunningham’s Milwaukee. Invited by the producer to take a seat, he sat on his head. The rest would have been a late-’70s flash in the pan (who remembers Leather Tuscadero?) if Williams had had nothing to offer beyond manic improv-comedy energy.

But it turns out that Juilliard and Houseman had an eye for talent. First, Williams had a lot of manic energy, goosed in those days with beach-toy shovels full of cocaine. His ability to fill a room with his spirit, to riff until his feet practically lifted off the floor, carried him out of Happy Days, through four seasons of Mork and Mindy, and on to a lifetime on talk shows he could carry through dead spots with one of his preferred celebrity imitations (John Wayne, Truman Capote) or a reference to drug culture (he said Canada was like “a really nice apartment over a meth lab”).

The hints of richer talent were sporadic for a while. His title role in Robert Altman’s Popeye (1980) was just confusing, as was the whole movie, an attempt at an art-house blockbuster. His performance in 1982’s The World According to Garp, understated with flashes of anger, is the one I’d recommend as the first evidence of serious dramatic skill. Good Morning Vietnam (1987) had its moments, but it wasn’t until Peter Weir’s Dead Poets Society (1989) that you could hear the satisfying crack of a serious actor knocking a performance out of the ballpark. The notes he established here — wistful but warm and confiding — set the parameters for most of his dramatic work to follow. But here he shines above some of the best actors of a younger generation. When he leans in close after Ethan Hawke’s painfully shy young student manages to improvise some serviceable beat poetry and whispers “Don’t you forget this,” it’s a perfect moment.

Most of the American performing arts are so rooted in the colloquial — jazz, stand-up comedy, cinema and team sports — that it’s easy for audiences to fool themselves into believing the greats are nothing but intuitive talents who get by on luck and help from the Almighty. The American arts put high value on hard work that doesn’t look like work. But Williams honed his comedy through hundreds of nights in clubs, and he brought the same discipline to his movie roles that he used to get into Juilliard. While my favourite film roles for him are everyone else’s — Dead Poets, Awakenings, Good Will Hunting — his craftsman’s discipline is perhaps most clearly on display in Christopher Nolan’s 2002 Insomnia, where he plays a disturbed Alaska resident caught up in a murder mystery investigated by Al Pacino. Here Williams avoided mannerism and sentimentality to deliver a cold, bitterly compelling performance. Even Pacino was not more persuasive.

It took only a few minutes for Williams’ apparent suicide to bring out legions of commentators who are sure they knew why he could not carry on. I won’t throw more guesswork onto the pile. He made no secret that life could be as hard for him as for millions of others who do their best, every day, with demons at their heels. What I prefer to remember is that when he became famous he seemed certain to be a flash in the pan, but 36 years later he leaves a deep and generous legacy.