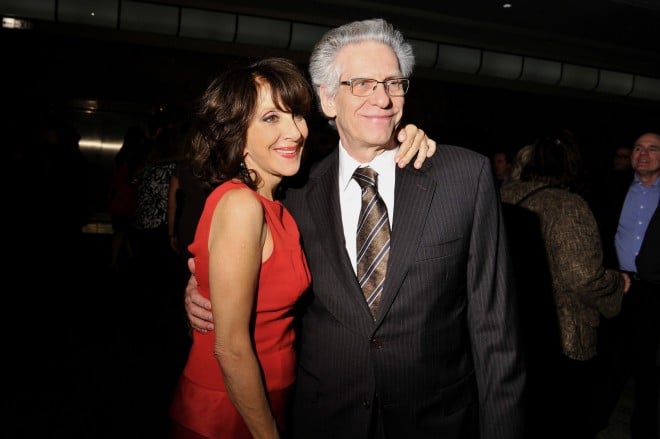 Andrea Martin and David Cronenberg at the TFCA Awards. Photo by George Pimentel/TFCA

I must be the last journalist in town to blog last night’s 15th anniversary awards gala of the Toronto Film Critics Association. That’s because I’m TFCA prez, and thousands of small details have forced me to neglect the blogosphere and the tweet box for the last few weeks. We ramped up the TFCA Awards a notch this year, moving our champagne gala to the august art-deco Round Room of The Carlu. For the movie biz, it’s still an unusually intimate evening, with about 230 folks attending—the cream of Toronto’s film community. We consider it our annual truce between the critics and the industry. The presenter of our flagship prize, the $15,000 Rogers Best Canadian Film Award, fell sick at the last minute. But Andrea Martin—Emmy-winning SCTV legend and Tony-winning Broadway star—stepped in like the trooper she is to present the Rogers Award. It went to Quebec director Philippe Falardeau for Monsieur Lazhar (also Canada’s official Oscar entry in the foreign-language film category), edging out the other two finalists, Jean-Marc Vallée’s Café de Flore, and David Cronenberg’s A Dangerous Method. 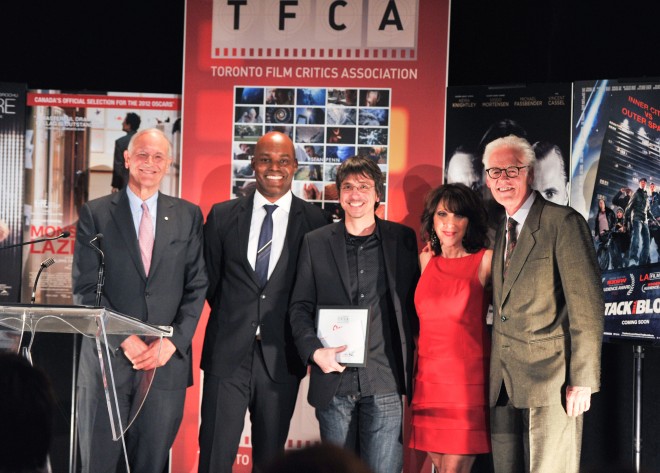 Andrea Martin rocked the house from the moment she stepped onstage. She made a meal of reading a droll thank you-note from Christopher Plummer (Best Supporting Actor for Beginners), milking every drop of irony from his opening lines: “Firstly, I am sorry I’m not present. I’m really sorry. It’s not that I’m avoiding critics, nothing like that, although I’ve tried that a lot in my long life (without much success). . .” Later Martin was mortified to realize she’d misread the title of A Dangerous Method as A Dangerous Mind, with Cronenberg sitting right in front of her. But what a recovery. She said she’d just ruined her chances of acting in one of his movies, and then, making flirty moves in her red dress, said she would do anything,  anything , to make it up to him, arguing there’s a lot of life left in this 65-year-old dame.

At one point, Martin said she’d wondered if her film pedigree was strong enough to be a TFCA presenter—then reminded us that she starred in Ivan Reitman’s first movie, Cannibal Girls (which, she later told me, it was completely improvised in 12 days.) Reitman, she added, never did rehire her for Ghostbusters or any of his other blockbusters. 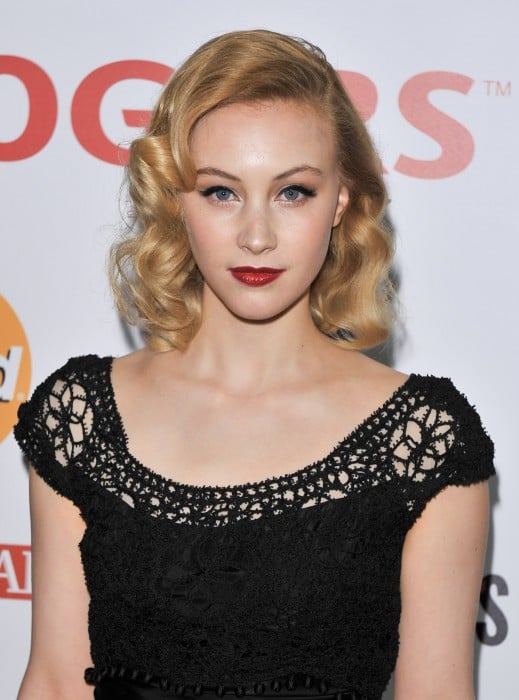 B-movie kitsch became the theme of the night. British writer-director Joe Cornish flew in from London England to accept the TFCA’s Best First Feature Award for Attack the Block from actress Sarah Gadon (A Dangerous Method, Cosmopolis)—and to accept Best Animated Feature for Steven Spielberg’s Tintin, which he co-wrote. Attack the Block is smart, witty flick about a South London teenage gang taking on an alien invasion of furry alien monsters with glowing fangs. For a genre film it’s stunningly original and laced with some provocative ideas about race and gender.

Then there was the tribute to B-movie pioneer, Cinepix co-founder John Dunning, who was basically Canada’s Roger Corman, and  kick-started the careers of filmmakers like Cronenberg and Reitman. The TFCA voted to give the Clyde Gilmour Award to Dunning before he died last September, at 84. After a dynamite montage of Dunning’s blood-and-boobs oeuvre, Cronenberg offered a reflective,  tender testimonial about how Dunning played the key role in helping him make the leap from filmmaker to movie maker. (Dunning backed Cronenberg’s first profitable feature, Shivers.) The director then presented the award to the recipient’s son, Greg Dunning, who had the room awash in tears of laughter and sadness with a heart-breaking reminiscence of his father—which included him reading a savage pan of one his early slasher movies from Toronto’s first film critic Clyde Gilmour, for whom the award is named. When we vote the award last spring, at the urging of critic Chris Alexander, we had no idea of its essential significance until last night.

Completing the B-movie theme, Bruce McDonald presented the TFCA’s $5,000 Jay Scott Prize for an emerging artist to DIY indie auteur Ingrid Veninger (Modra, i am a good person, i am a bad person). In accepting it, this dreadlocked sprite told us that her next movie would be “a lo-fi musical lesbian road trip,” and that the $5,000 would go straight into its budget. 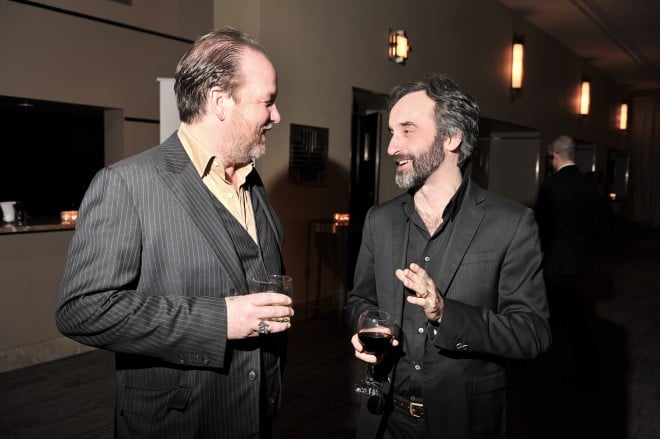 Aside for the prizes for Canadian filmmakers, the overall slate of TFCA awards, which reflect the main Oscar categories, were announced in December, with The Tree of Life winning Best Picture. Last night presentations were made to international filmmakers only if they were present. One who did was Paulo Branco, producer of the literary epic Mysteries of Lisbon, the final feature by Raul Ruiz, who died last August at the age of 70. Branco, a veteran of some 250 films, is now producing Cronenberg’s Cosmopolis (starring Robert Pattinson and Sarah Gadon), which is now in post-production.

The TFCA also showed video acceptance speeches from American actors who couldn’t make it to Toronto—Jessica Chastain (Best Supporting Actress for Take Shelter‘), Michael Shannon (Best Actor for Take Shelter) and Michelle Williams (Best Actress for My Week with Marilyn.) All raved about their experiences at TIFF, and in shooting films in Canada.

Finally Don McKellar presented the Deluxe Student Award, worth $5000 in post-production services, to York University’s Janice Lee for Faraway. McKellar stole the show with hilarious riffs on the vicious circles of envy among students, critics and filmmakers. You had to be there. I believe there’s a hashtag for that. If not an app. It’s so hard to keep up.

Oh, I also showed a montage that I edited, obsessively, over the holidays, which includes all 28 winning and nominated films. It’s become an ritual, and I called it the f***ing montage, hoping to loosen up our classy surroundings at The Carlu. Thanks to host  Cameron Bailey, who took the cue, that very present participle became evening’s byword in one speech after another.

Meanwhile, to see that video and others, along with more details on last night’s shenanigans, go to the TFCA website.