The lure of Nesbø and Knausgaard has stars like Matt Damon, Kristin Wiig and Michael Fassbender turning Scandinavia into the new Hollywood North

Haugesund, a quaint port on a strait of Norway’s west coast, was once home to a thriving herring fishery, until overfishing depleted the stock. Now oil rigs and cruise ships loom offshore, tourist bistros line the boardwalk—and for a week every August, cinephiles come fishing for films. Haugesund’s Norwegian International Film Festival has been running for 44 years, which makes it older than TIFF, though it’s a far smaller, more relaxed event. It makes no attempt to compete with the big festivals in Toronto, Cannes, Venice and Berlin. But Haugesund has become an intriguing crossroads of Nordic cinema. And I found myself in the middle of it last month, on a jury of international critics.

I don’t pretend to be an expert on Nordic film, and until recently didn’t even know the difference between “Nordic” and “Scandinavian.” Now I do: Scandinavia usually refers to just Norway, Sweden and Denmark, while the Nordic countries also include Finland, Iceland, plus islands and territories such as Greenland. This Nordic label sounds a bit loose; maybe Canada could be Nordic. It’s a bit of a stretch, but when you think of it, we were first colonized by Vikings. We are northern, polite and vaguely social democratic. Despite global warming, we fear summer will be a fleeting interlude between endless winters. And our cinema, with its alienated anti-heroes and twisted wit, does seem more Scandinavian than American. Atom Egoyan is dark enough to be Norwegian, David Cronenberg chilly enough to be Swedish, Denis Villeneuve diabolical enough to be Danish. And droll Bruce McDonald would make a plausible Finn.

Typical of my generation, I grew up with an austere stereotype of Scandinavia, rooted in the existential rigour of Sweden’s Ingmar Bergman, whose world seemed immeasurably foreign to young Canadian eyes in the 1960s. Scandinavia beckoned as a promised land of naked blonds and lonely islands. Its cinema has proliferated since then. Denmark, Scandinavia’s smallest country, has emerged as a filmmaking powerhouse, producing one award-winning auteur after another—from the period saga of Bille August (Pelle the Conquerer) to the shock therapy of Lars Von Trier (Melancholia) and Thomas Vinterberg (The Celebration); from the domestic melodrama of Susanne Bier (After the Wedding) to the brutal nerve of Nicholas Winding Refn (Drive). Denmark, in fact, has won three Foreign Language Film Oscars in the past three decades, second only to Italy.

Lately Scandinavian cinema has begun to extend its reach beyond the art house, and we’re seeing a new wave of Nordic noir, propelled largely by the explosion in Scandinavian crime fiction. The game changer was the blockbuster Millenium trilogy by Swedish author Stieg Larsson, which triggered several films, including David Fincher’s The Girl With the Dragon Tattoo. Now Norway, whose cinema has been much weaker than Denmark’s or Sweden’s, is upping its game with an infusion of government cash to lure international co-productions. The country’s leading crime novelist, Jo Nesbø, is about to have his Hollywood moment: filming recently wrapped in Oslo on The Snowman, the first movie spun from Nesbø’s bestselling Harry Hole series. Directed by Sweden’s Tomas Alfredson (Tinker, Tailor, Soldier, Spy), it’s in English, with Michael Fassbender cast as Hole, the crusty, alcoholic police inspector. Meanwhile, Canada’s Denis Villeneuve has signed on to direct The Son, another Harry Hole novel.

Norway has also found a friend in Oscar-winning filmmaker Alexander Payne (Sideways, The Descendants). Payne recently shot a good chunk of his latest film, Downsizing, in the mountains and fjords of Norway. This social satire, which stars Matt Damon, Kristen Wiig and Alec Baldwin, also used locations in Toronto, Omaha and Los Angeles. But Norway offered generous tax incentives, spectacular landscapes, and summer shooting days with 22 hours of sunlight. Payne now seems to have a thing for Norway. His next project, My Saga, will be a road movie adapted from a New York Times travel story by Norwegian author Karl Ove Knausgaard, whose six-volume opus, My Struggle, has become an international sensation, and whose tortured, chain-smoking persona could be seen as a literary counterpart to Nesbø’s Harry Hole.

I too seem to have developed a thing for Norway, mostly because I have family there. I first visited the country a few years ago to witness my brother’s death and attend his funeral. He’d settled in Oslo after meeting a Norwegian woman and fathering a daughter, who’s now happily enrolled as a medical student in Denmark. Norwegians seem to be fond of cool, cultured Denmark, but they tend to speak of Sweden with amused disdain, as if still locked in a sibling rivalry 112 years after the dissolution of the union between the two kingdoms. Norwegians like to scoff at everything from Sweden’s bread to its regimented formality, while welcoming the young workers who migrate from Sweden to fill high-paid jobs in Norway’s service industry. Despite plummeting oil prices, nouveau riche Norway is still Scandinavia’s wealthiest country. Not unlike Canada, it has a resource-based economy and a mild-mannered culture, with a passive-aggressive brand of nationalism—though Norwegian pride is complicated by a historic legacy of shame over collaborating with the Nazi occupation, and cautious immigration policies that still keep the country overwhelmingly white. 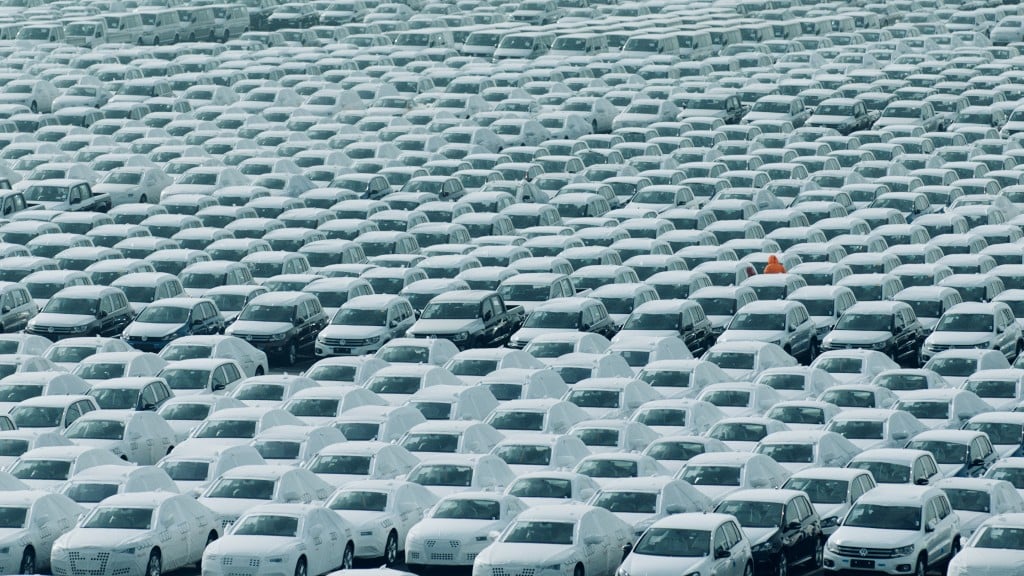 A scene from Sweden’s ‘The Yard’

Those complications create much of the intrigue that fuels Scandinavian crime fiction. When you read Nesbø or Larsson, a crime is rarely just a crime. It doesn’t take long before the cobwebs of conspiracy lead to a shadow world of white supremacists, neo-Nazis, and a bloodline of original sin that can be traced back to Hitler and beyond. I’d already devoured half a dozen Nesbø novels, and had just begun to immerse myself in Knausgaard’s epic saga of fear and self-loathing, when I arrived in Haugesund. I was wondering what darkness lay in store among the 10 Nordic films our jury had been asked to judge.

As it turned out, we saw quite a few not very good films that seemed a lot like not very good Canadian films. There was a Finnish road movie (Off the Map) involving a bag of drug money and a skinny-dipping seduction scene on a dock by a cabin in the woods; a horror movie set in a Danish suburb (What We Become), about a family in which no one seems to have ever seen a zombie movie; and a quirky Icelandic romcom (In Front of Others) about a guy who repels his girlfriend by doing compulsive imitations of her, her father and the Icelandic prime minister. On the bright side, there was an arty Swedish drama (The Yard) about a failed poet who gives his own book a bad review, literally trashes the entire print run, then lands a job in an auto factory, where he’s adrift as a lost white soul among immigrant labourers. (One could imagine an embittered Canadian writer coming up with something like that.)

The freshest films in our selection were, oddly enough, all period pieces. They included The Happiest Day in the Life of Olli Mäki, which won a prize in Cannes and will resurface at TIFF. Shot in dreamy black and white, and based on the true story of a Finnish fighter who fought American champion Davey Moore for the featherweight title in 1962, it’s a kind of anti-Rocky, in which the fighter seems more interested in his new girlfriend than winning the title. Another Finnish title, Pyromaniac, offered a potent drama about the teenage son of a rural fireman in the 1980s who moonlights as an arsonist—but because it’s premiering at TIFF, it was not on our jury list. 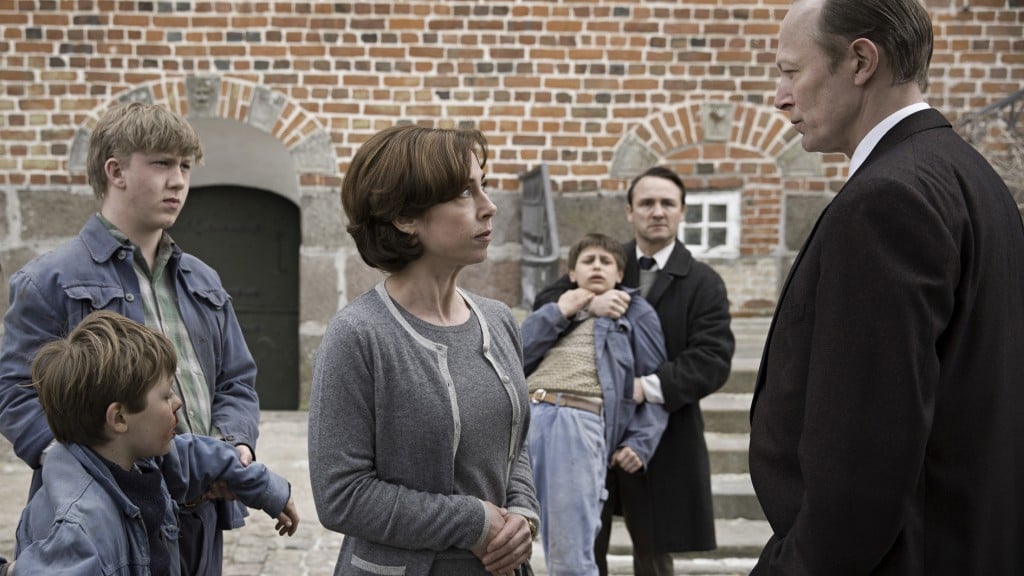 Our jury ended up giving its award to The Day Will Come, based on true stories of a Danish orphanage where boys were victims of violence and sexual abuse in the 1960s. Though there was no colonial aspect to the story, while watching it, I found it hard not to think of Canada’s own horrific legacy of Indigenous residential schools. Created by two Danish filmmakers known for TV drama—director Jesper Nielsen (Borgen) and screenwriter Søren Sveistrup, who created The Killing—The Day Will Come is shot in a conventional style, and capped with a redemptive ending.

But it’s noir enough, a harrowing tale powered by extraordinary performances from two young actors (Harald Hermann and Albert Lindhardt) who play the victimized brothers at the heart of the narrative. The genre is reminiscent of a prison movie, or a prison camp movie, with Lars Mikkelsen (brother to Mads) playing a headmaster who would seem right at home in a Nazi SS officer’s mess. But the film employs an adventurous conceit. The younger brother in the orphanage, who has a club foot, is obsessed with astronauts. Spanning the Space Age and a dark age frozen in time, the narrative unfolds against the drama of the Apollo moon landing. It even finds a sweet spot to drop a vinyl album of the score from 2001: A Space Odyssey. Even though this is exactly the kind of sentimental journey that makes Oscar voters swoon, what’s remarkable is that it didn’t even make the shortlist of the three features that Denmark is considering for its submission to the Foreign Language Film category of the Academy Awards. Talk about an abundance of riches. It’s enough to make a Canadian jealous.

I met just one Canadian filmmaker in Haugesund, Toronto producer Judy Holm, who has come to the festival for the past three years. Shopping for a Scandinavian co-production, she was pitching Jagged Winter, a thriller to be directed by Winnipeg filmmaker Danishka Esterhazy. The story takes place in an isolated cottage, where estranged friends are trapped by a sudden blizzard. One of them suffers from depression and a drinking problem. A daughter thought to be dead shows up. A murder ensues. Snow, alcohol, an isolated cottage? Nordic noir may be just the genre that Canadian cinema has been searching for.