Why we still love Tom Cruise

The Oprah couch dance be damned, global audiences can’t get enough of Tom Cruise and Edge of Tomorrow 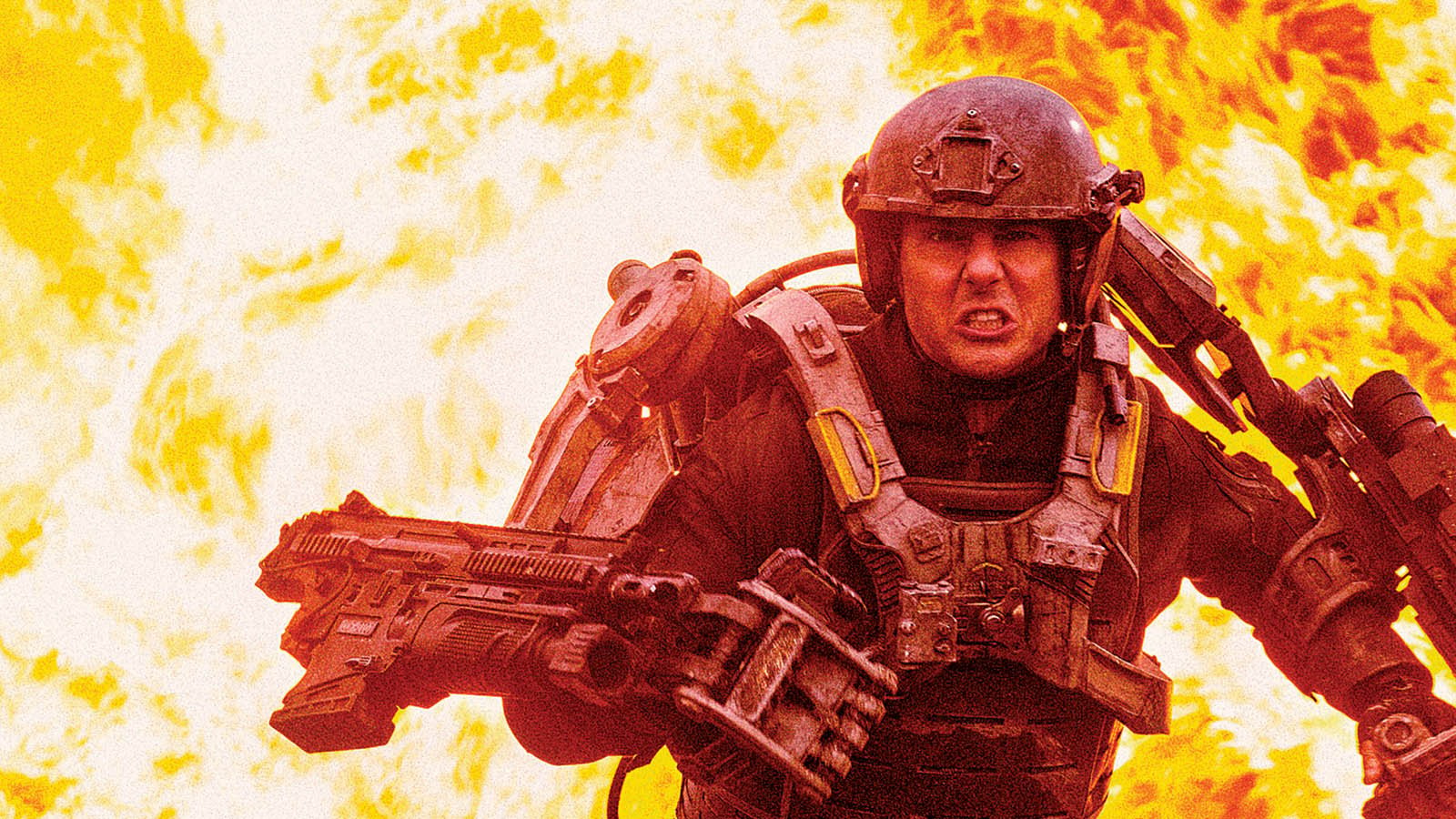 Edge of Tomorrow, Tom Cruise’s latest sci-fi action extravaganza, easily stands out from this summer’s sea of blockbusters. For one thing, it’s an original project, divorced from a season of superheroes and sequels, with not a post-credits tease or Samuel L. Jackson cameo to be found. For another, it has an irresistible hook: Cruise, playing a soldier waging an end-of-days war against aliens, finds himself being killed in battle over and over after getting caught in a time loop, a sort of Groundhog Independence Day. By the time his character drowns, melts, explodes and has his skull repeatedly squished, the metaphor is clear: Tom Cruise is our last action hero, and damn if you just can’t kill the guy.

It’s not just an ambitious message, but an accurate one, too. While tabloids and gossip sites revel in propagating the Tom Cruise meltdown narrative—in which Hollywood’s golden boy lost his touch the day he stepped on Oprah’s couch—it’s more myth than reality. Cruise may lead a peculiar private life ripe for mocking, with his dedication to Scientology and succession of starlet marriages, but with his last four movies generating nearly $1.3 billion worldwide, the actor is still an industry unto himself—and one that Edge of Tomorrow proves is far from dead.

Cruise’s dominance is no accident. “Tom innately understands that audiences come to the theatre not to watch a god but to see a good movie, and he will do everything in his power to make the film as great as possible. Nobody takes the trust of the audience more sacredly than him,” says Doug Liman, director of Edge of Tomorrow and one in a long line of eclectic filmmakers, from John Woo (Mission: Impossible II) to Joseph Kosinski (Oblivion), plucked by Cruise to wade into blockbuster territory. “When I’m working on a film, I think about how it will play with a tiny audience of friends whose opinions I respect, basically a 40-block radius from my apartment in Manhattan. Tom is thinking about how it will play with the entire planet Earth.”

Although industry pundits are inexplicably praying for Cruise’s collapse—Variety recently bemoaned Edge of Tomorrow’s “worrisome lack of buzz,” neglecting to mention that pre-release tracking is akin to calling a psychic hotline—Cruise is undeniably a global brand. In an age where almost 70 per cent of studios’ annual box office revenue comes from international markets, his name is critical.

But while Cruise can sell tickets from Tokyo to Toronto, what insiders—and audiences—seem to forget is that the 51-year-old is also one of the most underrated actors of his generation. “He’s been hiding in plain sight all this time, trying different things but having audiences only look at him one way,” says Amy Nicholson, chief film critic for LA Weekly and the author of the new book, Tom Cruise: Anatomy of an Actor. “We just reduce him to these weird images of an action star, like him in a leather bomber jacket in Top Gun, though Top Gun isn’t even an action movie. We just have that image locked in our heads.” Cruise may be excellent at running away from explosions, but he’s just as adept at wringing wild and riveting performances in such daring fare as Eyes Wide Shut, Magnolia and Vanilla Sky. Add that to his iconic on-screen moments, from his Ray Bans-and-briefs shimmying in Risky Business to his courtroom showdown in A Few Good Men, and his career becomes an essential component of modern cinema. “The popular narrative is that he’s a mediocre actor who carved out a worldwide brand, but he actually has both shrewdness and talent,” Nicholson says.

It’s no accident, then, that Cruise chose Edge of Tomorrow as his weapon in this year’s summer-movie war. As an alien-invasion movie that couldn’t care less about aliens and is more interested in existential notions of death and redemption, it’s both a popcorn flick and high-minded entertainment, a mix that plays well no matter your thoughts on L. Ron Hubbard or Katie Holmes. “He’s looking to make gigantic global smashes on his own terms,” says Nicholson. “With his clout and talent, he can make fantastic original films that we’re not going to get from anyone else.” We still need Cruise to save the world, over and over again.