Will 'Finding Dory' despoil the environment?

From 'Finding Nemo' to 'Harry Potter', movies make us want cute animals—even if it's not so good for the animals themselves 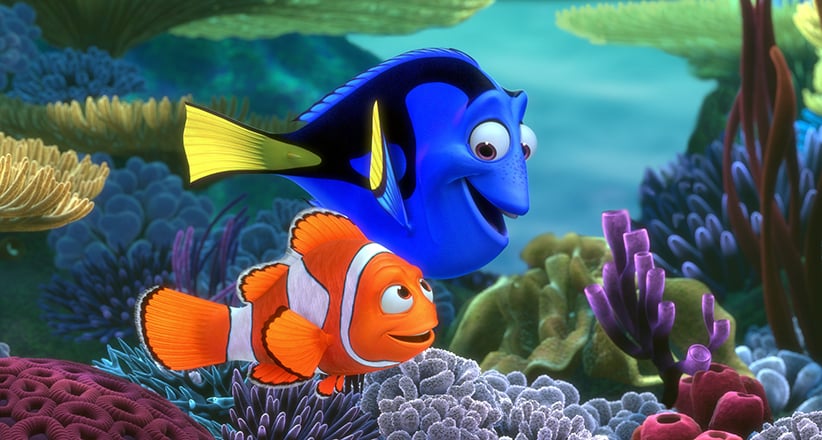 The people who most dread the release of Pixar’s Finding Dory are not Finding Nemo fans who thought the movie didn’t need a sequel. They’re people who don’t want to see another type of fish endangered by cute animated characters.

The original Pixar hit, about adorable clownfish, created massive demand for real clownfish, with kids all over America wanting one of their very own. As another Disney movie put it, “the fish on the land ain’t happy.” By 2014, so many real-life Nemos had been taken out of the water and into kids’ homes that the U.S. National Marine Fisheries Service announced that it was considering putting these clownfish on the Endangered Species list; an organization devoted to protecting this kind of fish was called, appropriately, “Saving Nemo.”

With the release of Finding Dory, about a plucky blue tang looking for her family, many people expect a similar surge in demand for real-life versions of Dory, and the effect may be worse because blue tangs are harder to breed in a foreign environment than clownfish. There is already a petition, closing in on 30,000 signatures, asking Disney to put an environmental warning in front of the film. But even if Disney does ask viewers not to go out and scoop all the blue tangs out of the ocean, it’s by no means certain that they’ll listen.

That’s because movies have the power to create fads and trends that the filmmakers never intended to start; TV Tropes has dubbed this the “red stapler effect,” because the film Office Space accidentally created a huge demand for red Swingline staplers. Deliberate product placement in movies doesn’t always work, if only because many of the products on display are too expensive for people to go out and buy casually. But we will imitate the things that can be imitated on the cheap. So in 2012, after The Avengers showed the heroes going out to eat shawarma, restaurants reported a huge boost in sales of the food. Similarly, Reese’s Pieces exploded in popularity after they were featured in E.T.: The Extra-Terrestrial. The popularity of particular names for babies has traditionally gone up when a character bears that name in a movie.

While it’s hard to get your kid a dinosaur after seeing Jurassic Park, there are other animals you can give them. Harry Potter was famous for creating a demand for pet owls. Like Finding Nemo, it may have had a negative environmental impact. Not only was the franchise blamed for helping to create an illegal owl market, but when it was over, fans lost interest and simply abandoned their owls.

Some parents may get an animal for their kids because they’ve seen it in the movies or read about it in books, but they turn out to require a lot more maintenance than the movies would lead you to believe. Law-procedural shows are sometimes accused of having a negative impact on juries, by giving them a false picture of how cases are won and lost. The same may be true of movies that feature animals: they make us want to run out and get them, not realizing that they won’t be as much fun to live with in real life. The creators of the Disney Channel show Phineas & Ferb were so conscious of this effect that when they created the obligatory animal sidekick, they made it a platypus, “an animal that kids couldn’t go pick out at a pet store and beg for.”

The ironic thing is that these fads sometimes cut against the lessons the filmmakers are trying to convey. Finding Nemo, like most movies about cute animals, tried to tell a story about the importance of preserving the environment and letting fish roam free. But the lesson kids took was that these fish were cute and that they wanted one of their very own; the fact that Nemo doesn’t like living in a fish tank didn’t really seem to matter to most people. Movies don’t seem to make us better, nicer people, and they have a spotty record of spreading pro-social values. But they’re very good at making us want cute, inexpensive things—and not so good at making us think about the consequences.