As photo booths disappear, the pictures they gave us are ever more precious

Photo booths had a unique ability to capture some of our silliest and most intimate moments, leaving us with a precious record of time 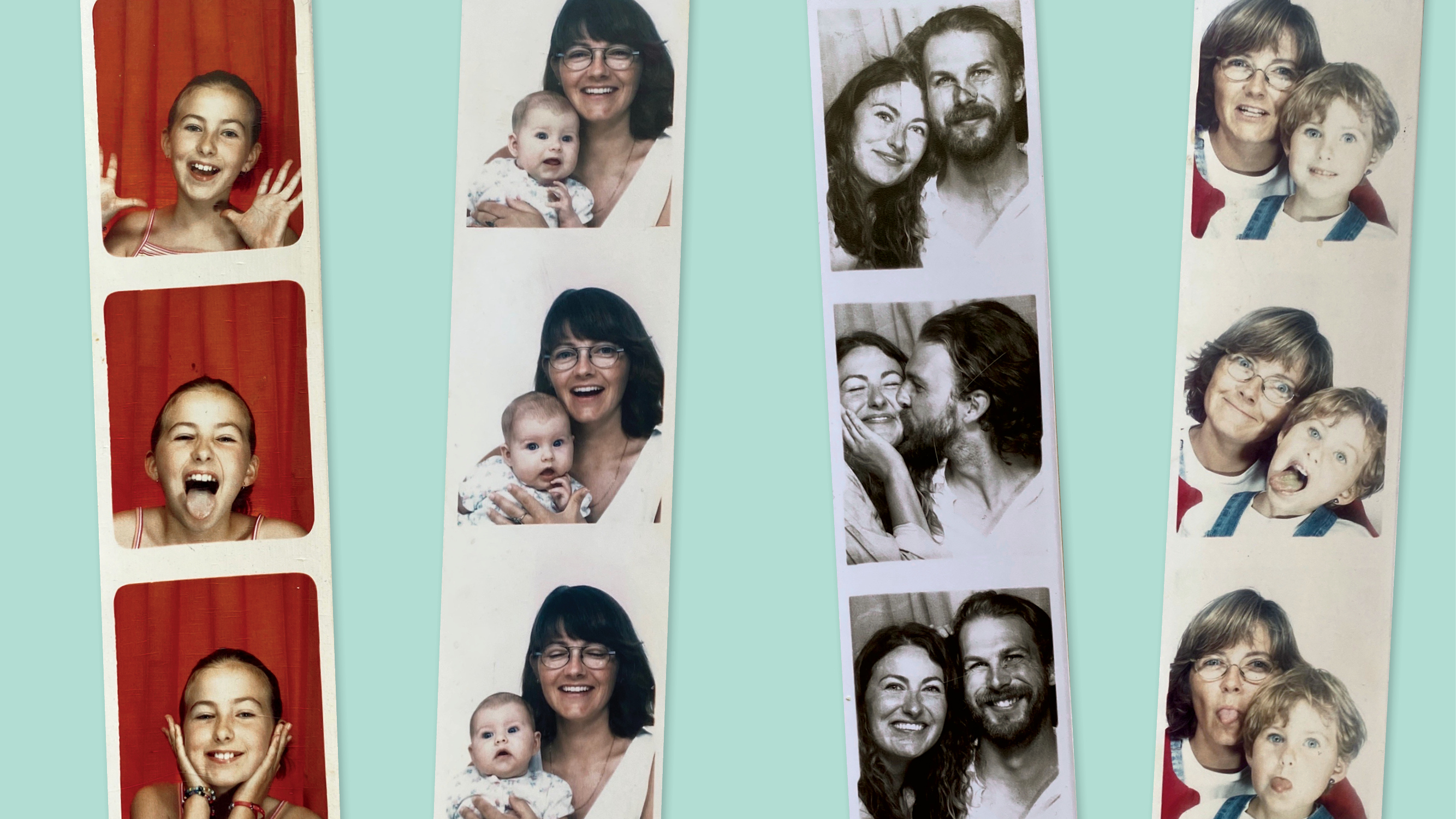 From left: The author at around age 10; as a baby; with her boyfriend last summer at a booth in NYC; with her mother in August 1997 (Courtesy of Tatum Dooley)

The digital database photobooth.net tracks a dying culture, listing coin-operated cameras housed within slim compartments around the world as they slowly become extinct. A fan of the experience as a child, I decided to return to have my photograph taken in my late twenties. When I searched for analog booths in my hometown of Toronto, they were all listed with similar addendums: “UPDATE June 16, 2014—Another sad day in photobooth-land. Reader Rebecca R. writes to inform us this booth is no longer here. Bloor-Yonge Station photobooth, RIP.”

Photo booths have been witness to the timeline of my life: from infancy to childhood, from early adolescence to adulthood. Silliness, blank stares and puppy love have all been captured on two-by-six-inch strips of photos. I have a strip from when I was less than a year old, sitting on my mother’s lap, my face dazed, hers smiling wide. I have another from when I was 12, wearing a bright orange T-shirt. In the first frame, I put on a compulsory smile, and then comes an abundance of giddiness—tongue out, hands cupping my face. My memories of taking the photos are dim, but the physical objects remain.

READ: ‘Xena: Warrior Princess’ taught me how to be a powerful woman

Sometimes the act of sitting for a portrait was spontaneous. I’d come across a booth in a mall or subway stop and decide to enter into the tiny box, where a worn curtain was the only thing protecting the intimate experience from the gaze of the public. Other times, it was planned as a way to capture a new friendship, or take an ID photo. I’d insert my money and eagerly look into the automatic lens. After the first photo was taken, there would be a frenzied rearrangement before the next flash went off. This took place two more times, at which point I’d step back out into the world and wait for whatever magic took place within the guts of the machine to develop my photos. The lack of photographer meant I had the agency to be the subject without the gaze of anyone else, the insentient lens of the machine making way for infinite ways of seeing myself. The lens offered a rare objectivity, an authenticity free from anyone else’s perspective—a true self-portrait.

If taking photos with someone else, the intimacy increased. Our bodies would be pressed together, fighting for space on the small metal stool. The brief window of trepidation between each photo, of trying to sense what the person next to me would do, became a dance. In one photo strip, around age four, I pose with my grandma in three of the frames and then disappear in the last. I had a finished Ring Pop on my finger, a small symbol of the time the photos were taken, in the mid-’90s. My grandmother’s expressions range from laughter at the exaggerated faces I’m making to confusion. In the fourth frame, she looks to the side in surprise. I had run out of the booth.

What we capture within the booths—without anyone’s direction but our own—is what makes the photos the most accurate token of time. In a strip that’s been cut into single squares, two of which have been placed back to back into a keychain frame, my mother is 16, more fun and more beautiful than I was at that age, seamlessly shifting from a pose with her hands behind her head to a silly one with her tongue stuck out and her face scrunched up. There is a photo of my grandma in a photo booth at age 20 framed on my windowsill, her hair cropped short with a smile hinting on her lips. When I look at these photographs, I feel connected to a life before me. It feels like they left me something of their past, an heirloom in the form of a photograph. I long to leave similar evidence of my own life.

The longing takes on a tinge of desperation, knowing that this tradition might end with me. It’s true that photo booths live on—digital booths can be found at bars and hotels and are rentable for weddings and birthday parties. But the screens provide a rapidness of printing and an ability to retake endlessly, and the flimsy paper quality can’t compare to the tactile tensions of the old version. The ease and cheapness of taking digital photos removes the preciousness of a single photo strip, preserved for decades.

Through photobooth.net, I discover that there are still a few booths in New York City. Last summer I spent a month there with my boyfriend. I pulled him into the booth at the Whitney, a classic black-and-white photo booth, older than the ones I grew up using. The access price was steep at $10, compared to what used to cost a few dollars. But it’s not just a photograph of us on that day: it’s something to propel us into the future. To show how happy we were, how in love.