Robbie Robertson on life with The Band

The famed songwriter on his career, mending longtime feuds, and the next wave of Indigenous music 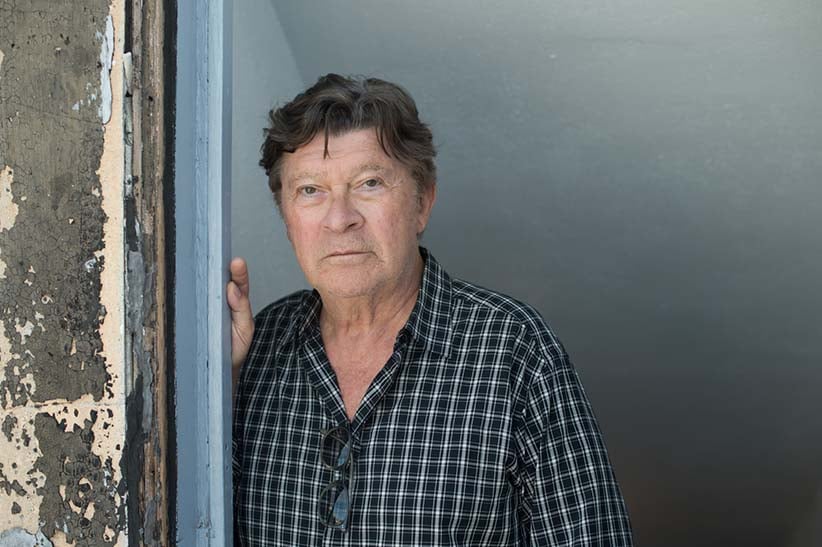 Robbie Robertson is a born storyteller: that’s obvious from his work as songwriter with The Band, as raconteur in The Last Waltz, Martin Scorsese’s 1978 star-studded documentary of The Band’s farewell show, and now in Testimony, the first of two planned memoirs. In it, he tells of his time growing up in Toronto with his Mohawk-Cayuga mother and the military man he believed to be his dad; after their divorce, when Robertson was a teen, he learned his birth father was a Jewish gangster who died during the pregnancy. He started playing with Arkansas transplant Ronnie Hawkins on the hopping Yonge Street scene of the early ’60s, before that group of sidemen, known as the Hawks, left their leader to become, simply, The Band, first backing up Bob Dylan when the folk singer went electric, and then with a series of albums that remain influential to this day.

Q: You’ve been telling a lot of these stories for years, as Band archivist and in documentaries and such, so why now?

A: Over the years I’ve had three really renowned authors who approached me about writing an authorized biography. I tried it, and thought, no, this doesn’t feel right, the voice is like someone’s doing an impersonation of me. I have to tell my stories. To warm up, I wrote Hiawatha and the Peacemaker, a book for young readers, which was a story I heard at Six Nations. This is one of the hardest things I’ve ever done. But I’m good at recall, at going back to those places and recalling details of it that are surprising even to me. I don’t know what that chip is in my memory.

Q: Your uncle Natie tells you, “Our bloodline is blessed with a very special gift of memory . . . Have you ever noticed you can remember things that other people couldn’t imagine?”

A: Yeah, that’s true. When I was young, I thought, God, I’m just uncool. I was the strange person who could remember all the kids’ names and their phone numbers and all this detail. Eventually, I did come to grips with it being an actual gift.

Q: Is it just coincidence that you finished the book in time for the 40th anniversary of the Last Waltz show?

A: I couldn’t carry these stories with me any longer. The accumulation is too heavy. I had to write this book to set them free. I ended up writing about 850 pages in longhand. I tried Dragon dictation [software], I tried typing. But the only way I could find the rhythm was to write longhand.

Q: As I’m sure you’ve heard, Bruce Springsteen just did the same thing for his recent memoir.

A: Bruce and I have talked about this. He wrote his over a long period of time. He sent me his book. I haven’t had a chance to indulge yet.

Q: Generations of Canadians who didn’t grow up in the ’60s don’t know what a vibrant scene Yonge Street and York­ville were. I know musicians who didn’t realize until their twenties that The Band was Canadian.

A: I’m sure that’s true of anything, as time passes. I’m not surprised. There’s been a lot of stuff written about periods and places, a lot of stuff about The Band and Bob Dylan and me, and a tremendous amount of it is inaccurate. It’s just wrong. It was satisfying to me to say, “Let me tell it like it is.”

Q: There are also tales about the Hawks’ first tour on their own, to places like Timmins, Ont., and Rouyn-Noranda, Que., northern places far removed from most rock’n’roll myth-making.

A: Oh man, those places were rough. Rough characters. Up there, especially in Quebec, I’d never seen bottles of beer that big before. These people knew how to drink. They worked so hard, physically, that they needed to go out and blow off steam. When trouble would break out in these places, you had to pay attention because you didn’t want to be too close to that. But whether we were playing the chitlin circuit or up in the far north, it can get very strange the further you go into these twilight zones.

Q: There was a sexually charged atmosphere, to say the least, around Ronnie Hawkins and his band. If you were a parent back then, would you trust your daughter alone with him?

A: Well, back then everything—well, it’s different. The rules were loose. If I had been streetwise, and understood exactly that these rules were vague or that there were none, I wouldn’t have trusted anyone with me.

Q: What does that even mean?

A: Well, yeah, it means exactly what you think it means. Ronnie was a great teacher, and he didn’t just teach music.

Q: 2016 has been a rough year in Toronto music history, as it pertains to your peers. [Iconic amplifier manufacturer] Pete Traynor died in May; he played in your very first band when you were both 13.

A: Yes, I checked in on him a while back and talked to his wife, because he wasn’t physically able to talk. I was really sorry to hear he died. I had more detail about those early days with Pete, in an early draft, but the editor tightened things up. So what else happened?

Q: He outfitted a lot of the city’s top bands in the early ’60s. How did you feel when you got your first Lou Myles suit?

A: Fantastic! It put a pep in my step. Lou is a master. It meant you didn’t have to go to New York or somewhere else for fashion. He was really happening. He was sharp. He was our main man.

Q: Bob Dylan wore one of his suits, yes?

Q: When the Hawks became The Band, you were not touring, you had a house, Big Pink, which was an incubator where you discovered your own thing. You wrote and developed your two biggest albums while living there, then you headed back on the road and some other members start doing heroin and cocaine. Do those drugs ruin everything?

A: Heroin in particular is very alienating. It certainly didn’t bring people closer together. The fact you’re growing up and people are having families—all that separates you, too. But when you throw heroin into the mix, it’s a very uncomfortable thing. None of the three guys [keyboardist Richard Manuel, bassist Rick Danko, drummer Levon Helm] invited me to that party. I understand why. They thought I was going to boo-hoo their experimentation. It all starts out with experimentation, and then it turns into something bigger than life.

Q: The book ends a couple of weeks after the Last Waltz, with you waiting for the rest of The Band to show up at the studio—and no one does. In the book, you don’t speculate as to why that was.

A: I didn’t know why. I just thought, “Woah, okay, that’s a sign.” I didn’t know that was going to happen, and when it did, I thought, okay, I just have to accept this reality and see where it goes. Everybody was going to go off and do their own thing for a little bit, and then we were going to reconvene and get down to business with a healthier state of mind—that was the plan. Eventually, nobody came back.

Q: You managed to spend time with drummer Levon Helm right before he died in 2012. He made many acrimonious claims about you in his 1993 book. He didn’t show up to inductions into the Canadian Music Hall of Fame in 1989 or the Rock’n’ Roll Hall of Fame in 1994. Did you talk to him at all over the years other than that final bedside visit?

A: We talked on the phone. It was okay, but he was living with some kind of a bad bitterness inside of him. He didn’t display any of that to me when I was talking to him, and he didn’t display any of that in our life back then. It came out in other ways—and this didn’t happen until 10 years or more after The Band was no longer together, that this thing showed up and he was saying all this stuff, like how I didn’t write the songs. Even the other guys, Rick and Garth [Hudson], would say, “I don’t know what’s happening with Levon. He has some kind of demon thing happening. It’s weird.” I don’t know, s–t happens to people. I loved him to pieces. I hope I catch up with him again around the bend.

Q: There’s a surge of interest in Indigenous music here in Canada, people like Tanya Tagaq and A Tribe Called Red, the latter of whom makes electronic powwow music, which is something you were trying 18 years ago on your 1998 album Contact from the Underworld of Redboy. Do you know those artists?

A: No, I don’t, but I’d be interested in hearing that. I wanted to open that door, and I’m glad somebody’s coming out!

Q: In 1994 you did the Music for the Native Americans project…

A: And people said, “What the hell are you doing?!” It was strange, but I thought, maybe I’ve earned the right to do something like this, and share something I know about.

Q: I heard rumours of you doing some kind of Indigenous music stage production with promoter Michael Cohl. Is anything happening with that?

A: We’ve talked about some stuff, and it has a First Nations theme to it. We’re going to see if we can make it happen, but the ball is in his court, to put the production together and raise the money. I have the creative ideas. We’ll see what happens.

Q: A friend of mine who’s done some work on Six Nations [near Brantford, Ont.], where your mom grew up, told me she saw a photo of you in just about every house she went to. Were you aware of that?

A: No, I wasn’t! I’m going back there in the spring. We’re going to do a ceremonial thing. They want to give me some kind of honour, and I want to honour them right back. It means a lot to me.

FILED UNDER: Editor's Picks Robbie Robertson the band The Interview