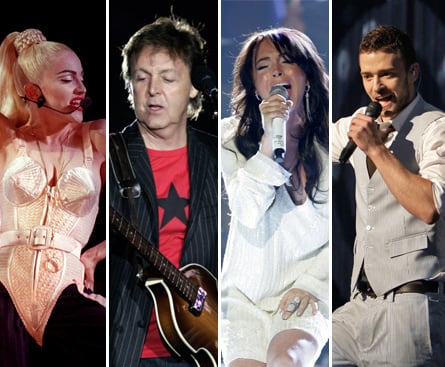 Diana Ross: “I can’t stop crying, this is too sudden and shocking. I am unable to imagine this. My heart is hurting. I am in prayer for his kids and the family.”

Whitney Houston: “He was one of the reasons I got into the music business. He inspired me. He taught me. He laughed with me. He paved the way for African American artists to be played on MTV which was huge. My heart is full of grief for his family and his children and I pray that they take solace in the incredible legacy of his music and art.”

Smokey Robinson: “I will miss Michael and all that he brought to the world through his music and his creative genius. I know his legend will live on and the world will miss him dearly.”

President Barack Obama, as said to Press Secretary Robert Gibbs: “Obviously Michael Jackson was a spectacular performer, a music icon. I think everybody remembers hearing his songs and watching him moonwalk on television during Motown’s 25th anniversary. But the president also said he had aspects of his life that were sad and tragic.  His condolences went out to the Jackson family and fans that mourn his loss.”

Mary J. Blige: “One of my Angels has gone home. Michael, your love and greatness will live forever through me. I miss you and love you forever and ever. I’m so hurt and saddened.”

Slash: “One of the most talented & dynamic performer/singer/songwriters I ever worked with. Unfortunately, the controversy surrounding his personal life in recent years overshadowed his unparalleled contributions to the music world, which is a tragedy in as of itself. But, his music will live on forever no matter what & his memory will be adored & admired for years to come.”

Lisa Marie Presley (on her blog): “Years ago Michael and I were having a deep conversation about life in general. I can’t recall the exact subject matter but he may have been questioning me about the circumstances of my father’s death. At some point he paused, he stared at me very intensely and he stated with an almost calm certainty: ‘I am afraid that I am going to end up like him, the way he did.’ ”

Paul McCartney: “I feel privileged to have hung out and worked with Michael. He was a massively talented boy man with a gentle soul. His music will be remembered forever and my memories of our time together will be happy ones.”

Madonna: “I can’t stop crying over the sad news. I have always admired Michael Jackson. The world has lost one of the greats, but his music will live on forever! My heart goes out to his three children and other members of his family. God bless.”

Justin Timberlake: “I can’t find the words right now to express how deeply saddened I am by Michael’s passing. We have lost a genius and a true ambassador of not only Pop music, but of all music. He has been an inspiration to multiple generations and I will always cherish the moments I shared with him on stage and all of the things I learned about music from him and the time we spent together.”

Martin Scorsese: “Michael Jackson was extraordinary. When we worked together on Bad, I was in awe of his absolute mastery of movement on the one hand, and of the music on the other. Every step he took was absolutely precise and fluid at the same time. It was like watching quicksilver in motion. He was wonderful to work with, an absolute professional at all times, and—it really goes without saying—a true artist. It will be a while before I can get used to the idea that he’s no longer with us.”

Will .i.am: “I am so grateful to have worked with the King. He was a gift to the world. He is a bright light, and I wouldn’t be surprised if the world stopped spinning tomorrow.”

Wyclef Jean: “Michael Jackson was my musical God. He made me believe that all things are possible, and through real and positive music. He can live forever! I love Michael Jackson. God bless him.”

Usher: “It is with a heavy heart I composed this statement. May God cover you, Michael. We all lift your name up in prayer. I pray for the entire Jackson family, particularly Michael’s mother, children and all his fans that loved him so much. I would not be the artist, performer and philanthropist I am today without the influence of Michael. I have great admiration and respect for him, and I’m so thankful I had the opportunity to meet and perform with such a great entertainer, who in so many ways transcended the culture. He broke barriers, he changed radio formats! With music, he made it possible for people like Oprah Winfrey and Barack Obama to impact the mainstream world. His legacy is unparalleled. Michael Jackson will never be forgotten.”

Mariah Carey (via Twitter): “I am heartbroken. My prayers go out to the Jackson family and my heart goes out to his children. Let us remember him for his unparalleled contribution to the world of music, his generosity of spirit in his quest to heal the world and the joy he brought to his millions of devoted fans throughout the world. I feel blessed to have performed with him several times and to call him my friend. No artist will ever take his place. His star will shine forever.”

Britney Spears: “We were going to be on tour in Europe at the same time and I was going to fly in to see him. He has been an inspiration throughout my entire life and I’m devastated he’s gone!”

Lisa Marie Presley: “I am so very sad and confused with every emotion possible. I am heartbroken for his children, who I know were everything to him, and for his family. This is such a massive loss on so many levels, words fail me.”

Eddie Van Halen: “I am really shocked; as I’m sure the world is, to hear the news. I had the pleasure of working with Michael on Beat It back in ’83—one of my fondest memories in my career. Michael will be missed and may he rest in peace.”

John Landis (director of Thriller video): “I was lucky enough to know and work with Michael Jackson in his prime. Michael was an extraordinary talent and a truly great international star. He had a troubled and complicated life and despite his gifts, remains a tragic figure. My wife Deborah and I will always have great affection for him.”

Corey Feldman: “He was my idol, he was a role model, he was someone to cry to when my childhood was unbearable, he was a brother, he was a dear friend.”

Diddy: “Michael Jackson showed me that you can actually see the beat. He made the music come to life!! He made me believe in magic. I will miss him!”

Ice T: “Rest In Peace Mike. People can say what they want but you were 100 per cent original. WE will always love, miss & remember your GREATNESS.”

John Mayer: “Dazed in the studio. A major strand of our cultural DNA has left us. RIP MJ. I think we’ll mourn his loss as well as the loss of ourselves as children listening to Thriller on the record player.”

Miley Cyrus: “Michael Jackson was my inspiration. love and blessings.”

Ludacris: “If it were not for Micheal Jackson I would not be where or who I am today. His Music and Legacy will live on Forever. Prayers to the fam. R.I.P.”

Lindsay Lohan: “NO OMG … sending my love and prayers out to Michael and his family … i feel sick.”

Quincy Jones: “I am absolutely devastated at this tragic and unexpected news. For Michael to be taken away from us so suddenly at such a young age, I just don’t have the words. Divinity brought our souls together on The Wiz and allowed us to do what we were able to throughout the 80s. To this day, the music we created together on Off The Wall, Thriller and Bad is played in every corner of the world and the reason for that is because he had it all…talent, grace, professionalism and dedication. He was the consummate entertainer and his contributions and legacy will be felt upon the world forever. I’ve lost my little brother today, and part of my soul has gone.”

Michael Jackson: No one held our gaze like him