A Heroes remake, an Entourage film ...

TV is definitely in the grip of ’00s nostalgia 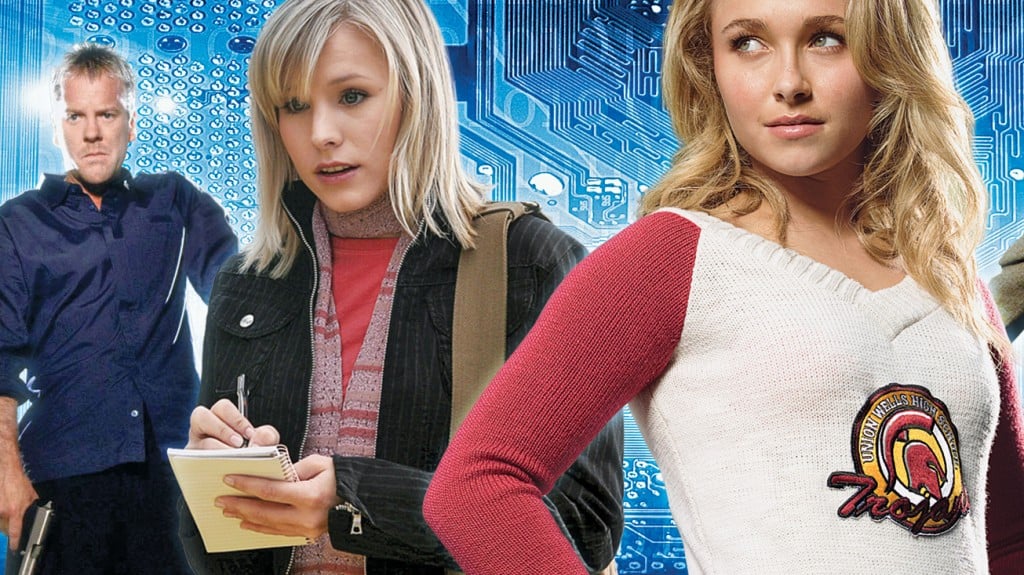 You’ve lived through 1990s nostalgia, but are you ready for 2000s nostalgia? No? Too bad, because it’s coming. The longing for the era of Osama bin Laden is getting stronger. “It was the decade I grew up and became a teenager in, so I have very strong memories of [the] fashion, movies, music,” says journalist Valerie Loftus, who recently wrote articles for Ireland’s the Daily Edge online newspaper about one-hit wonders of the “noughties,” and one on a possible Mean Girls reunion. “Everyone is nostalgic for the decade they grew up in.” And where there are memories, there are media companies to cash in on them.

Television is in the middle of an unmistakable back-to-the-’00s movement. First there was last year’s Netflix resurrection of Arrested Development; this year Veronica Mars has been revived as a Kickstarter-funded movie that Wired magazine called “one of the purest products of nostalgia imaginable,” and 24 is coming back as a limited series. Next year we’ll get the Entourage movie and a revival of Heroes, a show that was a smash in 2006 and a disappointment thereafter, leading critic Alan Sepinwall to group it with Ugly Betty among ’00s shows that “burned hot, burned bright, and burned out.” Meanwhile, the decade is coming back in music as well; Lance Pauker, a writer for the online journal Thought Catalog, points to “the rise in this mid-2000s ‘pop-punk’ nostalgia.”

It’s not just the works themselves that are producing nostalgia, though. It’s the spirit of the ’00s that is starting to come in for re-examination. When Breaking Bad ended its run, there were articles proclaiming the end of the ’00s era of high-quality TV drama. In announcing the return of Heroes, NBC’s president of entertainment framed it as a trip to an older era, heralding “the enormous impact Heroes had on the television landscape”— though that mostly consisted of inspiring a bunch of now-forgotten superhero shows.

What could bring on this urge to revisit a decade that only just ended? Part of it is that with today’s rapid changes, pop culture dates faster: 24 may have seemed ultra-contemporary a few years ago, but with its post-9/11 themes and its old-fashioned cellphones, it already looks old. And Veronica Mars star Kristen Bell told Allure magazine that the show is a fashion time capsule. “I wish everybody was still super into little corduroy jean jackets. But they’re not. So you will forever be able to look back at the show and know when it was on because of what I’m wearing.” Pauker thinks the transformation of these shows into period pieces is “merely keeping up with the breakneck speed of the current pop-culture cycle. As news stories and pop culture moves faster, it’s only natural that nostalgia does as well.”

It could also be that in a culture increasingly fragmented by Netflix, cancelled TV shows from the ’00s are more popular than new shows. The ’00s were the last time a show or song could become a hit that crossed generations and regions: broadcast TV viewership was higher then, so the temporary success of Heroes was broader than any current hit drama, and even a ﬂop like Arrested Development got six million viewers, which would make it a success by today’s standards. If the ’00s were the final era of mass-appeal entertainment, it could give even a show like Heroes the feel of a lost classic, because so many people remember watching it.

Buzzfeed, a site that trafficks heavily in 1990s memories, has been subtly preparing for the new era, publishing articles with titles like “31 problems only ’00s girls will understand” (like agonizing over your MySpace profile). Things from that era already seem old to a new generation. “Even though it was such a short time ago, things were extremely different in terms of technology, so it’s easy to romanticize it as a simpler time,” Loftus says. And there’s something else that may underlie revivals like Entourage and 24—they bring back a time before the worldwide economic collapse. “The country I’m from had an economic boom during the ’00s,” Loftus says, “so there are good memories for us.” That may be the biggest driver of ’00s nostalgia. No matter how bad they were, things can always get worse.