From the best catchphrase to the worst use of a controversial real-life figure (come on, SNL), Jaime Weinman reviews the year in TV 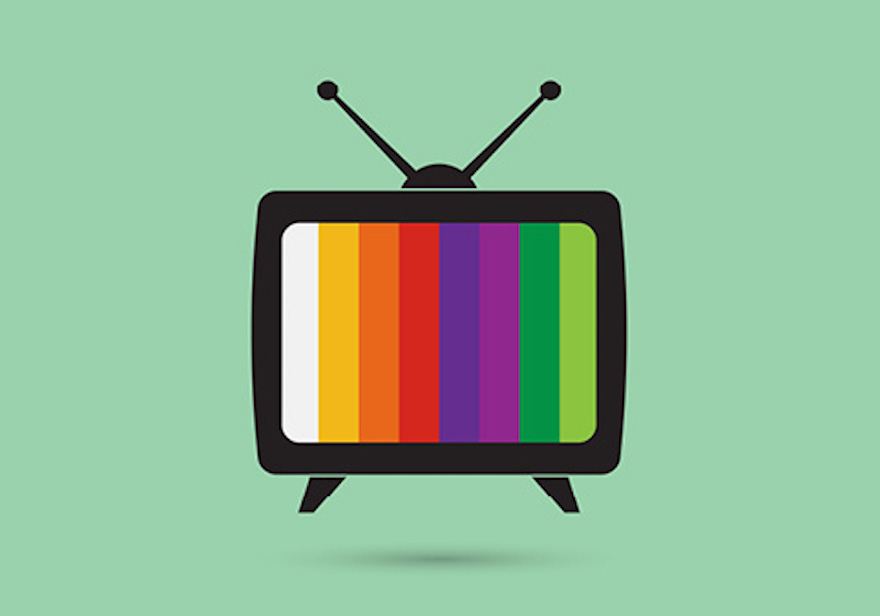 The word “television” used to be simple enough. But in 2015 we all struggled to figure out exactly what it means. In 2015 we accepted that we’re living in a world where every network and online service needs some original series to attract attention, where seasons can be released one episode a week or all at once, where creators increasingly think of a series as a long movie rather than a collection of episodes. (Though at least arguments about what TV is are slightly more fun than the old arguments about whether TV is better than the movies.)

Best consequence of the irrelevance of ratings

Let’s face it: no one cares about ratings any more. People watch TV in so many different ways, on so many different devices, that Nielsen can’t keep up. Which is why Fox announced that it will stop reporting overnight ratings, and Netflix simply doesn’t report viewership numbers at all. In 2015, finally, the future of your favourite show no longer depended on how many people stayed home to watch it.

Worst consequence of the irrelevance of ratings

Ratings had one advantage: they created a sort of democratic dialogue between TV networks and their fans, allowing underrated shows like The Beverly Hillbillies to become huge successes because the people voted with their eyeballs. With the decline of ratings, networks seem lost and confused about what exactly is popular—which may explain why hardly any shows got canceled this year. The joy of seeing a show bomb horribly is becoming harder to come by.

The big story of the year is that the stand-alone episode, once the backbone of weekly television, is slowly dying out. South Park continued its move away from stand-alone episodes by turning its entire 2015 season into one big comedy epic, restoring the show to relevance yet again.

Gotham could have been a fun show about the world of Gotham city crime before Batman came along and ruined everything. Instead it turned itself into a serialized show with almost no cases of the week, i.e. something that gets good reviews but isn’t nearly as much fun to watch—or as interesting—as mysteries of the week.

It only counts as television because it was mocked on so many television news shows, but “Jeb can fix it”. Say what you will about our Prime Minister, but “sunny ways” is a good catchphrase. Jeb Bush should take lessons from him. 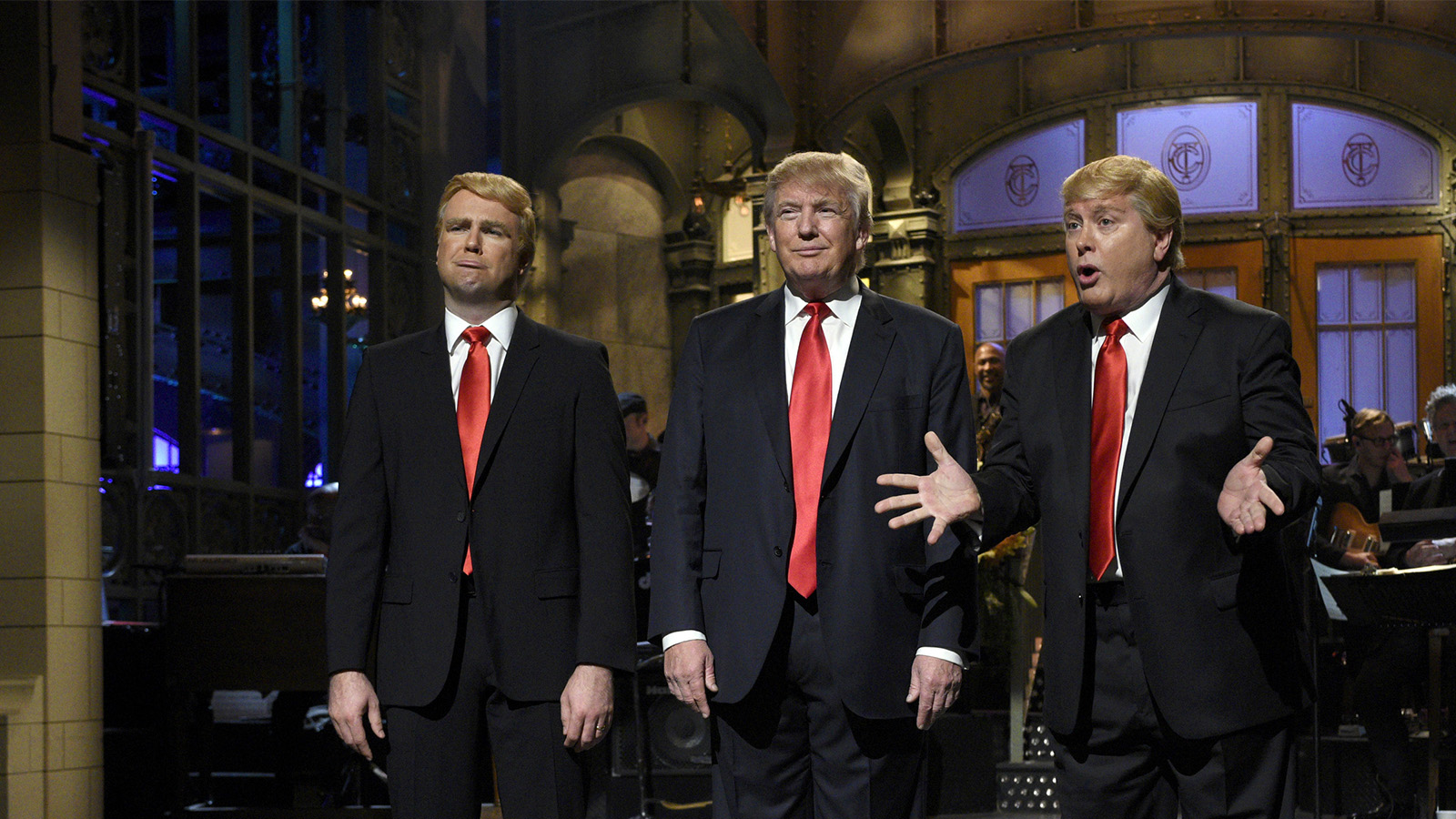 Robert Durst, on HBO’s The Jinx, where the series finale featured him implicating himself in the murder the show was about.

Donald Trump on Saturday Night Live, of course. Look, NBC, if you’re going to have him on and barely make fun of him, you’re not only disrespecting the political process, you’re even disrespecting Trump.

Most heartening loss of viewers

The revelation that ESPN has been bleeding subscribers at an accelerated rate. A large part of what keeps the traditional TV model going is ESPN’s popularity, with other networks hitching a ride on its back. If people are no longer subscribing to cable just to get ESPN, U.S. television might actually have to become responsive to its viewers again.

And then again maybe you don’t want to be too responsive to your viewers. Yahoo! did a lot of things right in its attempt to compete with Netflix in the streaming game, including ordering new episodes of the fan-favourite Community—and lost $42 million on that and two other shows. The reason, most likely, is that Yahoo! didn’t bother to build a viewer base before ordering the shows—but the company will most likely just blame Community for its own mistakes. 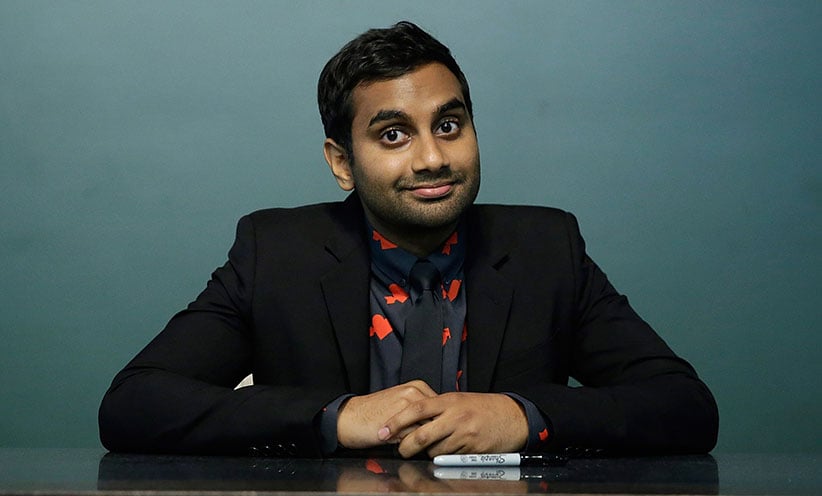 Aziz Ansari has become the iconic comedian for Millennial sensitive guys, but his show Master of None turned out to be an intelligent, funny and nuanced look at issues like male privilege and race in show business.

John Oliver, HBO’s specialist in reassuring his viewers that they are good people for agreeing with him, and that anyone who doesn’t agree with them is stupid. If he explains an issue to you, like Canada’s election laws, he usually gets the issue wrong and then piles easy jokes on top of the wrong interpretation.

The departure of Bill Simmons from ESPN. Simmons was such a big star that ESPN had an entire website, Grantland.com, devoted mostly to keeping Simmons happy. When he fell out with the network, it was a major news story, another reminder that sports TV currently dominates our media world.

Harry Shearer’s departure from, and return to, The Simpsons. Fox seemed so certain of not losing him that they didn’t even announce a replacement voice. It’s hard to get excited about a holdout when no one seems to believe it will actually last.

The Carmichael Show, stand-up comic Jerrod Carmichael’s attempt to do an issues-driven live-audience sitcom in the tradition of Norman Lear, was a surprise critical success during an abbreviated summer run, leading to a second season.

The E! network turned the transition of Caitlyn Jenner into a major storyline on Keeping Up With the Kardashians and a spinoff series, I Am Cait. It truly is the Kardashians’ world.

The Josh Duggar scandal led to a major embarrassment for the TLC network and the cancellation of their reality show. Sure, TLC turned the scandal into a reality show, but just a one-off special. When a network loves you, it gives you at least 6 episodes.

The Wiz, NBC’s third in its series of live musicals, helped the retelling of The Wizard of Oz overcome the stigma of the unfortunate 1970s film version.

Undateable was a well-regarded little sitcom that had done fairly well in the ratings… so naturally the network thought what it needed was to be retooled into a live sitcom. It didn’t help the ratings, and all it did was allow the show to make topical references to terrorist attacks.

Mad Men. The final twist of the AMC series perfectly nailed the show’s combination of ironic detachment and celebratory nostalgia, and it summed up the character of Don Draper about as well as anything could.

FILED UNDER: Best of 2015 Editor's Picks