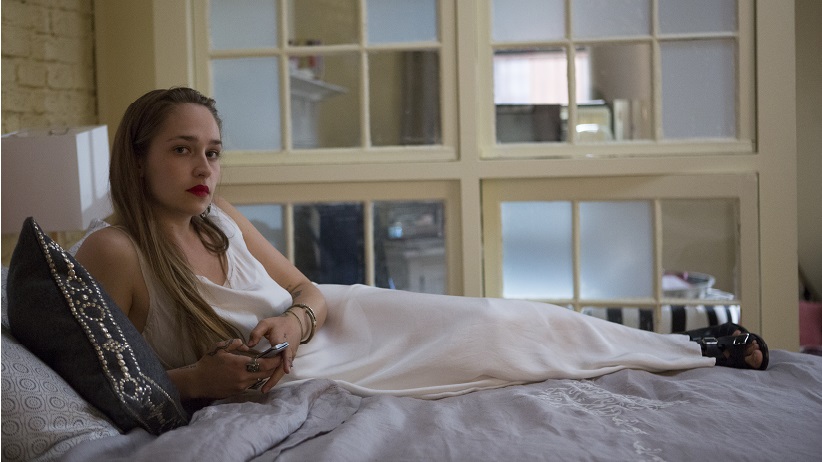 Is subjugating your passion the worst thing you can do?

It’s an odd, or at least unexpected, question Shoshanna suddenly asks of Hannah in the middle of Marnie’s (very good) open mic set: “Are you going to be okay?” Hannah’s confusion mirrors our own, and Shosh explains. “Like, Adam’s about to be on Broadway, and Marnie’s clearly about to be a popstar and I dunno, you were supposed to be the famous artist in this group and now you’re just working in advertising.”

Of course, by the time Shosh says this, Hannah is no longer working in advertising, but that takes nothing away from its overall accuracy.

The episode starts with Hannah and Adam struggling through living in different apartments as he rehearses for his big debut. Hannah shows up at Ray’s late one night as Adam is practicing his lines to tell him that “it’s very hard to relax when I feel like you are leaving me but in such slow motion that I’m not going to notice until it’s done.” It’s important to their relationship that they spend the night in the same place, she says. Adam refuses, but takes Hannah home in a cab, and tries to reassure her. “Everything’s going to be fine. I know it’s hard, but one day you’re going to have something major going on and you’ll understand why I needed this time to myself.”

The story she hears later at Patti Lupone’s home doesn’t help much. After the first interview was derailed by Lupone’s warning that Broadway will drive Adam away from her, Hannah is left without some key quotes for her advertorial. She brings Elijah along for the re-interview, which turns into a dinner party with Lupone and her husband—the latter of whom reveals that he was once passionate about writing but gave it up when Lupone’s career eclipsed his own. “I may be the second wheel, but without me, she would be a mere unicycle,” he says. It’s a horrific vision of the future for Hannah, and surely at this point, Adam’s parting words from the night before have a new resonance—that one day, when Hannah gets something major going on, she’ll understand. Meaning, of course, that she has not yet had something major going on. And meaning, too, that Adam does. Hannah is second wheel to no one.

So when the outburst at the GQ office finally comes, it’s not surprisingly an episode of pure projection.

“What the f–k are we doing here?” Hannah asks the team as they discuss pun-laden titles for a spread on Lululemon for men. “No, seriously, this is all bullshit, isn’t it? We’re supposed to be writers, and what’s happening at this table is the biggest squanderization of talent I have ever seen in my life.”

In some other context, that might be considered a compliment to her colleagues, but it’s pretty obvious Hannah is talking about herself. And of course, they’re not stupid. They know. Hannah’s boss, Janice suggests they reconvene after a break.

“I think we should reconvene never. How about that?” Hannah replies. “Am I the only one of us who prides herself on being a truly authentic person? This is tripping me out.”

But Hannah’s not finished.

“I just expect more from life,” she tells them. “Seriously, I just want every day to be exciting and scary and a roller coaster of creative experience as if I’m making a new life for myself in France.”

Janice suggests that perhaps this job is not the right place for Hannah. On that, they agree, and Hannah leaves. An earlier line from Lupone seems to hang in the air: “The worst thing you can do is subjugate your passion, truly.”

Who is really uptight, here?

But something interesting happened here. Hannah’s remark about her expectations for each day is something poker players might call a “tell,” a revealing behavioural clue that, if recognized, suggests to the other players that you’re bluffing.

As it happens, Hannah’s bluff is relatively constant, and it is: presenting herself as the opposite to Marnie. But whether Hannah recognizes it, we—that is, the other players—can see now that they are more alike than not. In fact, the only real difference may be that when one is having success, the other usually isn’t. Other than that, they are almost the same person.

For instance, let’s think back a few episodes to the party at the beach house. There, it was Marnie who was most obviously striving for perfection. She wanted the perfect weekend with the perfect meal and the perfect conversation to shake the cobwebs off what she felt should be a perfect friendship. Perfection, or the need for it, was even the catalyst for the epic argument the four girls had in the end, as Hannah and Marnie bickered over whether they should all re-do a random dance routine in order to get all the moves just right.

“Overall, I thought your performance was pretty good,” Marnie told Hannah then.

“Yeah, but why does everything have to be perfect? Like, it had a lot of spirit,” Hannah replied.

This is the dichotomy Girls presents us with—that Marnie is as tightly wound and Hannah is ramshackle—but it’s not accurate. The truth is Hannah seeks the same level of perfection as Marnie does, and it is in fact essential to her character, for it is effectively the only thing she wants. Her relationship with Adam must be carried out perfectly (he must sleep in the same apartment as her, for example). Her career must also go perfectly (see: worrying about the fate of her e-book rather than its editor, who was just found floating dead in the river). And her life, generally, must go perfectly, down to precisely what she expects should come from each day—excitement, fear, ups-and-downs, creative awesomeness, the feeling of exploration.

So, it is perfect that it is Hannah who walks in on Marnie having sex with Ray.

After her performance with Desi, Marnie meets his girlfriend, Clementine. It’s clearly a tough moment, especially since she basically confessed her feelings to Desi a short time earlier, backstage. Marnie goes to Ray’s apartment and reminds him that even if he thought their relationship was done, she “never signed off on anything” and she starts taking her clothes off.

When Hannah and Adam come back to the apartment later, they hear Ray with Marnie, and Hannah goes to investigate. After she opens the door and sees them, she’s in disbelief. But after a moment of assessing the situation—that is, a well-bred hipster 20-something struggling artist involved with a man who is, as Loreen Horvath might put it, “uncomfortable in his own skin”—Hannah has only one thing to say to Marnie: “You will never judge me again.”

Exactly. To do so would be to judge herself.