Jaime J. Weinman on what the programming changes mean for late night TV 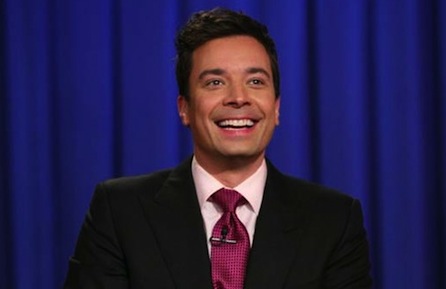 Today NBC officially announced what an endless succession of leaks had already announced for them in advance: Jimmy Fallon will take over The Tonight Show in 2014, and the franchise will move from Los Angeles to New York. Lorne Michaels, Fallon’s mentor, will continue to produce his version of The Tonight Show, giving Michaels almost complete power over NBC’s late night operations, considering he also produces Late Night (which is expected to install another smirking Michaels favourite, Seth Myers) and Saturday Night Live.

Think of it as a form of consolidation. If you’ve ever been in a workplace where a bunch of different departments were shuffled together under the same management, you have an idea of what NBC and Comcast are doing here. They’ll wind up with very little variety in late night, since every show will have the Michaels brand of humour and – if Myers does take over – both the big late night hosts will be smirking youngish white guys who used to sit at the Weekend Update desk. But media companies are more interested in “branding” than variety these days, and having Michaels in charge of everything will give them a “brand” across the whole late-night spectrum.

As for the move from Los Angeles to New York, in some ways that’s also part of the consolidation: have all the late-night shows together in one city under one central management. It helps that New York City offers generous tax credits at the moment. But it’s also a victory for New York in the coastal battles that have shaped television since the days of I Love Lucy. New York vs. Los Angeles, and which city has the right to think of itself as the TV capital of America (and, let’s face it, the world), is the big underlying story of much of American TV history. When Johnny Carson moved Tonight to L.A. in 1972, he was in effect acknowledging that L.A. had become the real entertainment capital. That was where the stars lived, that was where most of the movies and shows were done, large portions of the music industry had moved there, and the things New York did well, like theatre, were no longer familiar enough to a mass audience.

Since then, late-night comedians have practically defined themselves by which city they work in. Letterman, being a proud New Yorker, defines himself as sort of a prickly outsider to mainstream show business. L.A. guys, like Leno, seem to be more Middle American, because L.A. is seen as the coastal entertainment city with more Middle-America appeal. (This may not be true at all – after all, a lot of New York entertainment is very middlebrow and Middle America. I’m just talking about stereotypes and perceptions here.) Fallon, as I’ve noted before, portrays himself as more of an insider than Letterman or, for that matter, the L.A.-based Jimmy Kimmel. But by staying in New York, he is not only staying with Lorne, he’s staying in the city where – so the networks think, anyway – a comedian can have more youth appeal, be more hip, keep up with the latest trends.

The tradeoff is twofold. One, there are so many late-night shows in New York already that The Tonight Show may be giving up a chance to stand out from other late-night shows. There’s so much Los Angeles culture we don’t see on TV, and we see New York culture all the time; half the situation comedies are still set in New York for no good reason, and every aspect of New York life has been gone over and over again. I don’t think Middle America hates New York, but I suspect they’re sick of seeing it on TV all the time; Los Angeles, ironically, is slightly less over-represented as a setting even though most of the shows are made there.

The other problem is the problem that drove Carson out West to begin with: there really are not enough entertainers who live in New York and mean something to a large audience. That means a New York show has two options for guests. Either they can depend heavily on people passing through New York – which means they’re always out to promote something, and they can’t really just sit down and rap with the host without trying to plug their latest terrible project. Or they can take some risks and try to introduce mass audiences to New York entertainers who may not be particularly well known, but are good and funny guests; people who are on the show because the host likes them or because they’re entertaining speakers, like the Oscar Levants of the early talk show days. I’m going to assume that Fallon will lean more towards the former option, because most hosts do, but the result will be a bunch of shows competing for the same guest pool, and a big advantage for Kimmel, who – if he does things right – will have access to a guest pool that is deeper and broader than the NYC guys’.

How Fallon will do as the Tonight host is probably an academic question. After all, as Jerry Seinfeld pointed out in The War For Late Night, the whole idea that Tonight is a “franchise” is based on a misconception: there is no franchise, there’s only a host, and when the host leaves, he takes the show with him. Whatever The Tonight Show was with Carson, it ceased to be that when he left; it was one thing with Leno, another thing with O’Brien, and then the same thing it had been with Leno. So Fallon really has no history to live up to; he just has to transfer his act from 12:30 to 11:30 and continue to do decently. But one way or another, more people are going to talk about the transition than will watch the actual show, with late night viewing declining in importance the way it is.

And Leno? Well, barring a repeat of the Conan fiasco, he’ll have a choice to make; he can retire from talk shows, or he can entertain offers to do another one – but if Fox doesn’t give him anything, then he’ll have to consider offers from cable. (With Fox, there’s a reversal of what happened after Conan left Tonight: the Fox executives, who fancy themselves hip and happening comedy guys, wanted O’Brien to do a show, but the affiliates understandably didn’t want to give up their successful reruns to bring in a comic they didn’t even like. But affiliates like Leno. They might try to push him on the network.) The War For Late Night makes it clear that Leno rejected offers to do a show on the USA network, considering cable a demotion, and pointing to the way Howard Stern lost his populist appeal after he went to satellite. We’ll see whether things have changed enough – whether the mainstream, mass-audience success of some of the more recent basic-cable shows – for Leno to consider going to that world. Or he could just hang around and wait for NBC to bring him back one more time.