How I [REDACTED] Your Mother

The How I Met Your Mother finale has aired, and Jaime Weinman has some spoiler-filled thoughts.

Well, that was the finale. Below are some spoilers and general pondering.

The initial reaction to the How I Met Your Mother ending among the people I hang with – virtually hang with on the internet, I mean; I have no meaningful human contact – was something like this: 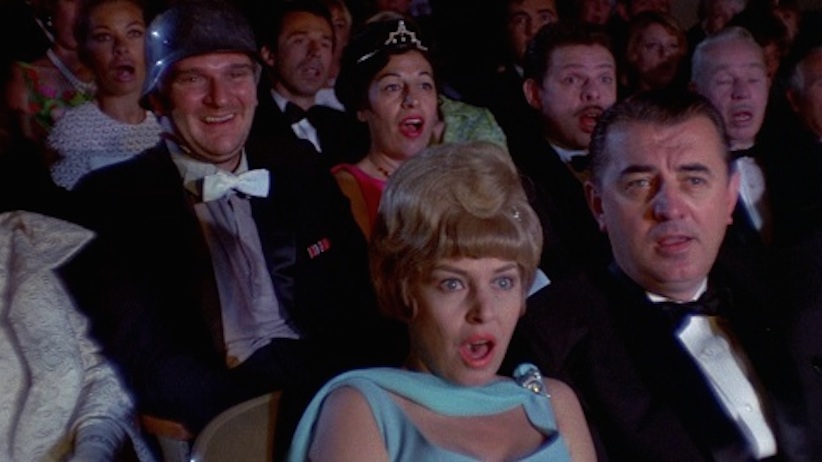 But before I say anything more about it, it’s important to note that this ending was always planned. And this isn’t one of those things where the writers try to claim they had a plan all along but were just making things up. The scene with Ted’s kids talking was shot a long time ago, in the early years of the show, before both actors grew up and went on to successful careers. The show twisted and turned and added new ideas after that, but the plan was always that the Mother would be long dead and that Ted was telling this story as a way of justifying his desire to make a new start with Robin.

I’m not saying I think this was a good ending; to me, it seems like the creators just had a fundamentally different idea of the importance of the Ted-Robin relationship than I had, and that many other people had (not everyone, of course; there are plenty of Ted-Robin ‘shippers). I’m just saying I can’t dismiss it as the desperate gasp of a show past its peak: it was always the plan, even when the show was in its prime. In fact, if you look at the structure and style of the episode, a lot of the story could essentially be grafted on to the end of any season. Because they were originally in danger of being canceled at any time, their idea for the finale was one that was virtually a stand-alone show in itself, a tag that could be affixed to the show no matter where it happened to stand. I think it worked particularly badly at the end of this particular season, but we’ll get to that in a minute.

So why didn’t it work for me? Well, start with the big thing: they tipped their hand. A lot of people seemed to figure out several episodes ago that they were heading toward this exact ending. They tried to deny it (as I mentioned in my article on the show, the actress who played the Mother dismissed the fan theories as “crazy conspiracy theories,” only they turned out to be accurate), but by the end of the first act of this episode, when Barney and Robin split up, it seemed very clear that that was where they were going. And so a lot of us watched the episode not in excited anticipation of what they would do next, but dread at what we knew was probably coming.

So, okay, why did we dread it? Well, this is where the nature of the final season comes into play. Let’s say this ending had followed the eighth season, as it very well might have, since the network only managed to cajole the cast into coming back at the last minute. It would have been bittersweet, but still not entirely depressing. The final season changed that for two reasons. One, it was set almost entirely at Barney and Robin’s wedding, which put far more weight on the Barney-Robin relationship than it was originally supposed to have. Since they always knew Robin would end up single, it seems bizarre that they’d spend an entire year persuading the audience to like Barney and Robin as a couple. It doesn’t matter that the two characters don’t really make sense together. The more weight you put on a plot point, the more work you need to do to reverse it. Here we had a full season of getting them married, and a few minutes of getting them divorced. It didn’t work. It was too abrupt for what they’d built up.

And speaking of building things up, they also spent a year making the Mother a character. Imagine if she hadn’t been a character on the show – if she’d just remained offscreen until Ted met her. Then the ending would make a certain amount of emotional sense: this would be a character who was important to Ted, but had no particular importance to us. We’d feel sad that she died young, but we’d feel happy at the possibility of him starting over with an actual character we care about. But they made the Mother a character, gave her a relationship with Ted… made her someone we didn’t want to see killed off. And then, once again, the actual killing-off was done in a very abrupt way. Maybe you can get away with that on a drama like The Good Wife (though I don’t think a good drama would usually try to kill off an important character without some kind of aftermath; The Good Wife certainly didn’t), but this is a light comedy. The finale of a light comedy is not a great place to start teaching lessons about how life can be sad and brutal. We know that’s a lie in the world of this show. Life is light and happy in the world of this show; it doesn’t become deeper because of 60 seconds of sadness. But again, none of that would have been an issue if the show had ended earlier than it did. It seems to me that while the final season had some good moments – in fact, all the seasons have had good moments – doing one more year really screwed up the finale in ways the writers may not even have fully realized.

Or maybe they did realize it, and just wanted to bum us out. Certainly this is not trying to be a feel-good finale. In fact, it’s almost a lecture: things don’t stay the same forever, a young group of friends hanging out doesn’t stay together forever, and things that seemed cute when you’re young seem pathetic when you’re old. One thing the episode got right, depressing as it was, was how sad and awful Barney seemed when he tried to go back to his pre-Robin ways. All his schtick, all his catchphrases, seemed tragic. Unfortunately, the attempt to give him a happy ending with a Magic Baby, who suddenly turns him into a better person, just seemed unbelievable. This is Barney; fatherhood would just be another responsibility he’d ignore. I think the show was trying desperately to make him something other than tragic without the option – inconceivable in a TV show – of saying that he could be happy without marriage or parenthood.

But seeing a funny character turn depressingly unfunny was part of the hectoring, finger-wagging tone the episode had in a lot of places. Think sitcoms are fun? Well, here’s what happens after the sitcom is over. By making the finale mostly an epilogue, filling us in on what happened to the characters after he Met The Mother, the creators made it feel almost like a sequel show, a separate story that’s sadder and more realistic than the frothy sitcom we’ve been watching. It’s like the show incorporated its own AfterMASH into a single hour. But it was hard for me to feel a lot of emotion about what was going on when it was trying to pack so much in, offering a sort of greatest-hits album of the characters’ future lives.

My negative feelings about the finale don’t change my feelings about the show very much; maybe a little bit, because it demonstrates that I understood the show a bit differently than the creators did, but the best episodes remain good and the second season is still perhaps the best sitcom season of the last 10 years. In retrospect, it helps that Ted-Robin is at the centre of that season; this finale would be a logical and even happy conclusion if the show had been canceled after season 2. But it ended when it ended, and the ending they planned just doesn’t seem like a satisfying way to go out. It feels like a light comedy punching above its weight class, thinking that it will have more to say about the human condition if it can get away from light comedy and deal with the real frustrations and struggles of getting older. Light comedy writers notoriously have that inferiority complex, that feeling that they should be saying more – not realizing that light comedy has plenty to say within the light, fantastical world it creates. The ending just felt like the writers trying to escape that light sitcom bubble and break through to something more “real” – only to discover that the more a light comedy tries to be “real,” the less real it seems to be.

FILED UNDER: How I Met Your Mother