How TV networks are adapting to millennials’ phone-first viewing habits

This hour has two or three minutes. TV networks are investing heavily in original smartphone-friendly content 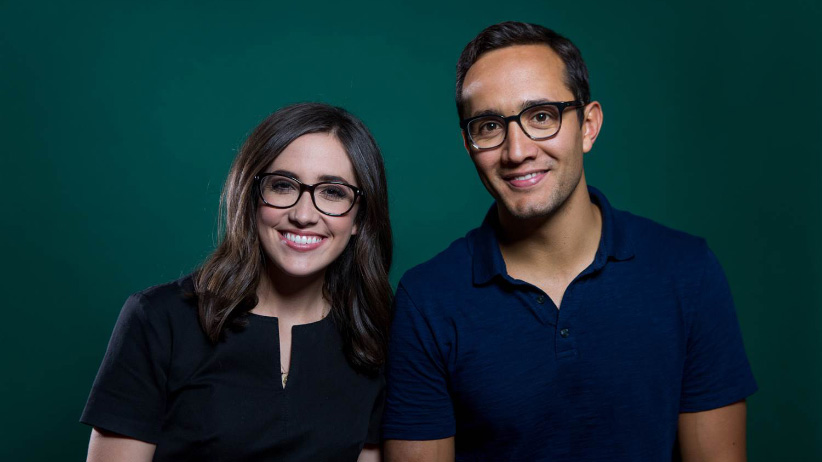 Television networks are directing hundreds of millions of investment dollars into ventures that play by the new rules of social media. The old approach—trying to engage online audiences solely with clips of traditional video content—just doesn’t work with a millennial audience, they’ve found.

NBCUniversal and Times Warner are just two examples of U.S. broadcasters making a big bet on original content for Snapchat. The app is best known for messages that disappear after being viewed, but is growing quickly as a video and story content platform.

Media companies have seen social media both as a partner to make their own content more shareable to a wider audience and, increasingly, as a threat to viewership and ad revenues. NBC News’s latest strategy, rather than trying to go talking-head-to-head with a social media “frenemy”, is to team up with Snapchat on a twice-daily video newscast called Stay Tuned.

Covering both national and international news, politics and pop culture in two to three minutes, Stay Tuned is a “snappier” version of a traditional 22-minute newscast and has two ad spots of 10 seconds each. With a rotating cast of young anchors and a newsroom of 30, it is aimed squarely at a millennial audience, the same audience the networks have been losing.

Spencer Walsh, an executive producer with CBCNews.ca in Toronto, describes Stay Tuned as “a newscast for people who don’t want a newscast.” It may not be particularly deep, but it provides just enough information to keep people informed—and maybe drive them to NBC News’ other platforms for additional insight.

“I don’t think [audiences] are going to get into bite-sized news all the time, but they’re doing it to reach a certain audience that consumes content in a certain way on a platform that’s exploding,” says Walsh. “You can’t ignore that.”

Time Warner, too, recently announced a content partnership with Snapchat, investing US$100 million to develop up to 10 original shows a year for the platform, a deal that includes both scripted dramas and comedies. As part of the two-year deal, Time Warner is to use its Turner, Warner Bros., and HBO brands to produce short pieces of content for Snapchat and, in return, promote its movies and shows to Snapchat users who are less likely to have cable or watch conventional programming.

TV news broadcasters have tried multiple approaches to luring younger viewers in recent years. Their strategies have included everything from having anchors stand instead of sitting behind a desk, to adding flashy graphics packages, or incorporating real-time feedback from Facebook or Twitter.

But nearly 54 years after the CBS Evening News with Walter Cronkite ushered in the era of 30-minute newscast, the defection of younger viewers is only accelerating.

According to the Reuters Institute for the Study of Journalism’s 2017 Digital News Report—based on an online survey of more than 70,000 people from 36 countries including Canada—online news sites are now the leading source of information for 64% of people aged 18–24, and 58% of people aged 25–34. That compares with 24% and 29%, respectively, for TV.

On its surface, the NBC-Snap partnership is mutually beneficial: It exposes the NBC News brand to a large, young audience increasingly indifferent to the “That’s the way it is” tone of traditional TV news, while providing Snapchat with exclusive, quality content and its first ever made-for-Snapchat daily news show. NBC is also financially interested in building up Snapchat after its parent, NBCUniversal, invested US$500 million in Snapchat’s parent company, Snap, earlier this year. Snap’s shares have slumped almost 50% since its initial public offering, largely due to concerns over competition from Facebook.

Stay Tuned can be viewed as TV news’ response to the massive popularity of online video. Facebook CEO Mark Zuckerberg raised eyebrows last year when he said his platform would be entirely video within five years. So, it’s hard to see mobile as the second screen; it’s now the screen of choice for anyone but an older demographic.

According to a report by research firm TNS, the average millennial aged 16-30 spends between 2-3 hours a day on their phone, the equivalent of nearly one day each week.

Snapchat represents a relatively small but fast-growing part of the social media universe, with 100 million daily users who amass 10 billion daily video views. It also possesses a key asset, much prized by media companies and their advertisers: A large millennial audience.

Nearly two-thirds (59%) of Snapchat’s Canadian users are between the ages of 12 and 29 according to Toronto research firm Solutions Research Group. That compares with 46% for Instagram, 36% for Twitter, and 29% for Facebook, which many millennials now dismiss as the platform of choice for their parents.

Global advertising agency WPP said earlier this year that it planned to double its advertising spend with the platform. While the estimated US$200 million it will spend in client money with Snapchat ads is dwarfed by the amount it spends on Google ($5 billion) and Facebook ($1.7 billion), it is an indication of Snapchat’s growing importance.

But there is little alternative to experimentation for broadcasters, which are ceding their position as the go-to source for information and entertainment. U.S. advertisers spent more on digital than TV for the first time ever last year—US$72.5 billion versus $71.3 billion—and the imbalance is only going to grow. First digital came for the words; now it is making a bigger play for pictures and video.

This is expected to be a watershed year for online video consumption, with YouTube alone poised to surpass TV in total hours viewed. People now consume more than 1 billion hours of video per day on the 12-year-old platform, with 300 hours’ worth of video uploaded every minute.

Time spent viewing online video is expected to rise by an additional 20% this year, according to advertising firm Zenith, with people spending 47.4 minutes each day watching via platforms like YouTube and Facebook. Much of the growth is being fuelled by mobile, which is expected to account for nearly three-quarters of all online video viewing by 2019.

Facebook is about to drive a further spike in online video consumption, with its much-anticipated “Facebook TV” platform scheduled to go live in August. Facebook TV’s initial crop of short-form shows are partnerships with companies such as BuzzFeed and Vox Media. The launch is expected to be a bridge into future big-budget shows and features that would measure up against the big broadcasters, as well as against Netflix and HBO.

These social platforms represent a conundrum for traditional broadcasters. In some cases, they provide reach that extends far beyond linear TV, but often without any of the attendant advertising revenue.

NBC’s The Tonight Show with Jimmy Fallon’s YouTube channel, for example, now has more than 14 million subscribers, with clips from popular segments such as “Lip Sync Battle” regularly drawing tens of millions in viewers.

Yet the broadcaster has steadfastly refused to sell advertising on the channel, reportedly because YouTube takes a whopping 45% cut of the proceeds. According to a 2015 report in The Wall Street Journal, the Tonight Show YouTube channel has the potential to generate revenue of US$12 million per year.

And it’s not alone. CBS’s The Late Late Show with James Corden averages just over 1 million U.S. viewers in its 12:30 a.m. timeslot, yet its most popular segment, “Carpool Karaoke,” enjoys a huge second-life online. A January 2016 segment featuring Adele has amassed 163 million views on the show’s YouTube channel.

Given the money they stand to gain (and lose), it’s not surprising that traditional media companies are scrambling to cozy up with the new media giants. But the NBC News/Snapchat partnership also signals that they want to move beyond simply repurposing existing content for these platforms and experiment with entirely new content forms. Online audiences are loyal to the platforms, such as Snapchat and Facebook, and aren’t getting what they need from broadcasters’ websites, where the networks are reluctant to make available for free the same shows they sell to cable networks and foreign markets.

Of course, Stay Tuned might also turn out to be yet another in a long line of failed “new media” gambits by legacy media companies. Typically announced with great fanfare, many of these ventures fail to deliver on audience and/or revenue projections, and are quietly dispatched.

Ed Lee, SVP of digital and social media at the Toronto PR firm H+K Strategies, wonders if Stay Tuned might be yet another case of content that nobody asked for being foisted on indifferent users—a solution to a “problem” that doesn’t really exist.

“There are maybe 200 million Snapchat users worldwide,” says Lee. “Yes, they’re very engaged, but they’re engaged with content that friends or influencers are producing. I admire [companies] for trying new approaches…but I wonder if this is the right execution for the right audience.”

Whether Stay Tuned turns out to be a success, 2017 is clearly shaping up to be the year the mobile second screen starts looking pretty identical to traditional TV first screen.