Larry Wilmore can keep calm. But can he carry the show?

Jon Stewart’s mild-mannered ‘black correspondent’ is more than the new Stephen Colbert—and he'll have to be, as he's set to take his time slot 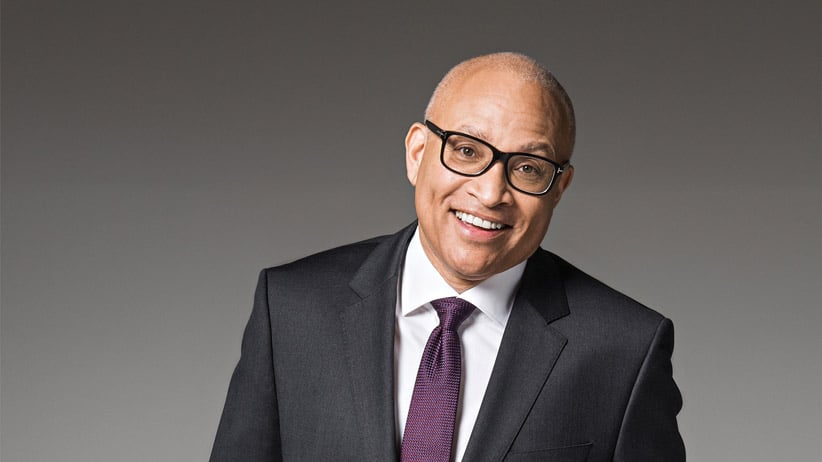 Larry Wilmore isn’t your typical comedy star. He’s bald, 53 years old, soft-spoken and mild-mannered. But if Wilmore’s comedy is quiet, he’s been quietly using it to accomplish big things: first as a creator of TV shows with African-American leads, then as the longtime “senior black correspondent” on The Daily Show, and now as the host of The Nightly Show With Larry Wilmore, which takes over Stephen Colbert’s old time slot on Jan.19. Through it all, he’s come off as a guy who is passionate and yet always manages to remain calm: “He’s quick-witted, affable and very funny,” says comedy writer Michael Price (The Simpsons), who worked with Wilmore on two shows, “but in the same cool, non-showy style he uses on The Daily Show and, I assume, he’ll use on The Nightly Show.”

Wilmore’s unusual comedy style may have to do with the fact that although he started as a performer, he’s spent most of his career out of the spotlight as a writer-producer: “I was aware of Larry’s background in stand-up, and I knew he was also a fine magician, but he was always a writer to me,” Price says. After working on shows such as Fresh Prince of Bel-Air, Wilmore was responsible for two comedies that broke new ground in technique and subject matter for African-American sitcoms. He, Eddie Murphy and Steve Tompkins created the animated The PJs, about life in a housing project. And, in 2001, Wilmore created the family comedy The Bernie Mac Show, using cinematic, fourth-wall-breaking gimmicks that only a few sitcoms were trying at the time. But while he’s still in demand as a writer, he’s had to put some of that aside because he’s so hot as a performer: He was running Black-ish until he had to leave to star in his own show.

What changed the direction of Wilmore’s fruitful career writing and creating TV shows was the U.S. version of The Office. He was a consulting producer on that show, but also appeared in the second episode as a diversity consultant. “I loved how understated and realistic he was, managing to get all the comedy out of his part while providing a calm and dignified foil for Steve Carell’s Michael Scott,” recalls The Office showrunner Greg Daniels. “His experience as a producer interacting with the top network executives gave him a feel for business behaviour. We couldn’t have improved on his performance by hiring a more famous actor.” 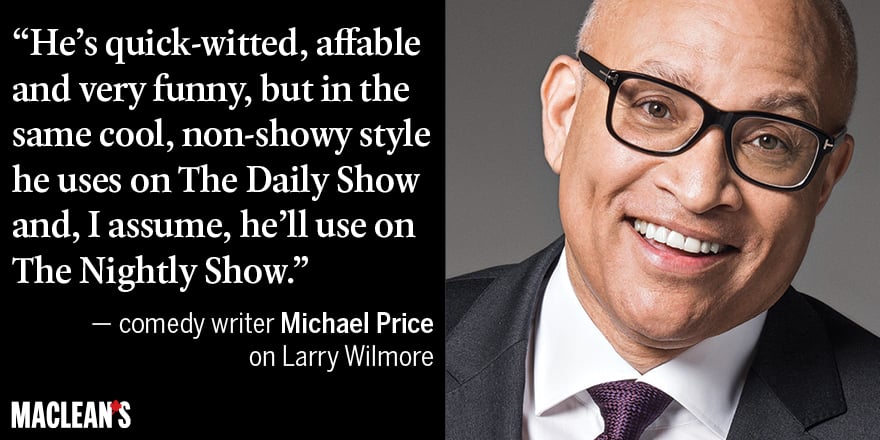 The exposure helped to lead Wilmore to The Daily Show, where that calm dignity continued to be his trademark, setting him apart from the other regulars, who tended to be louder and more frantic. Usually seated at the desk next to the host, Wilmore used his restrained tone to take on bigoted politicians and pundits, mock Disney’s self-congratulation over finally creating a black princess, and even make fun of Stewart’s very white audience: “Attention, black people who watch The Daily Show,” he once said, “the three of you had better listen up.” He helped to pave the way for the current incarnation of The Daily Show, which deals more regularly with race than it used to, and gives larger opportunities to younger black comedians such as Jessica Williams.

That position as a comic pioneer has occasionally led some people to downplay how funny he is. The Nightly Show was originally announced with the clumsier title “Minority Report.” And Stewart, who produces the show, told Entertainment Weekly that he pitched it as a vehicle “for voices that were not necessarily as prominent in the dialogue.”

This might not sound like the best publicity for a comedy, but Wilmore has never found it a problem being both funny and enlightening. Price says that when he worked for Wilmore on The PJs, “we were taking on some big issues with the show, dealing with the black experience in America—the bleakness of HUD-era housing projects, systemic discrimination, interracial marriage, childhood obesity.” Wilmore urged his writers “to find the humour in these important ideas—to be smart and not go for the easy laugh.” That combination, of social conscience and smart comedy, is likely what he’ll be bringing to The Nightly Show—and all without talking very loudly.