Mad Men: The fall is yet to come

In season seven, Don Draper already thinks he's hit rock bottom. We think the worst is still on its way. 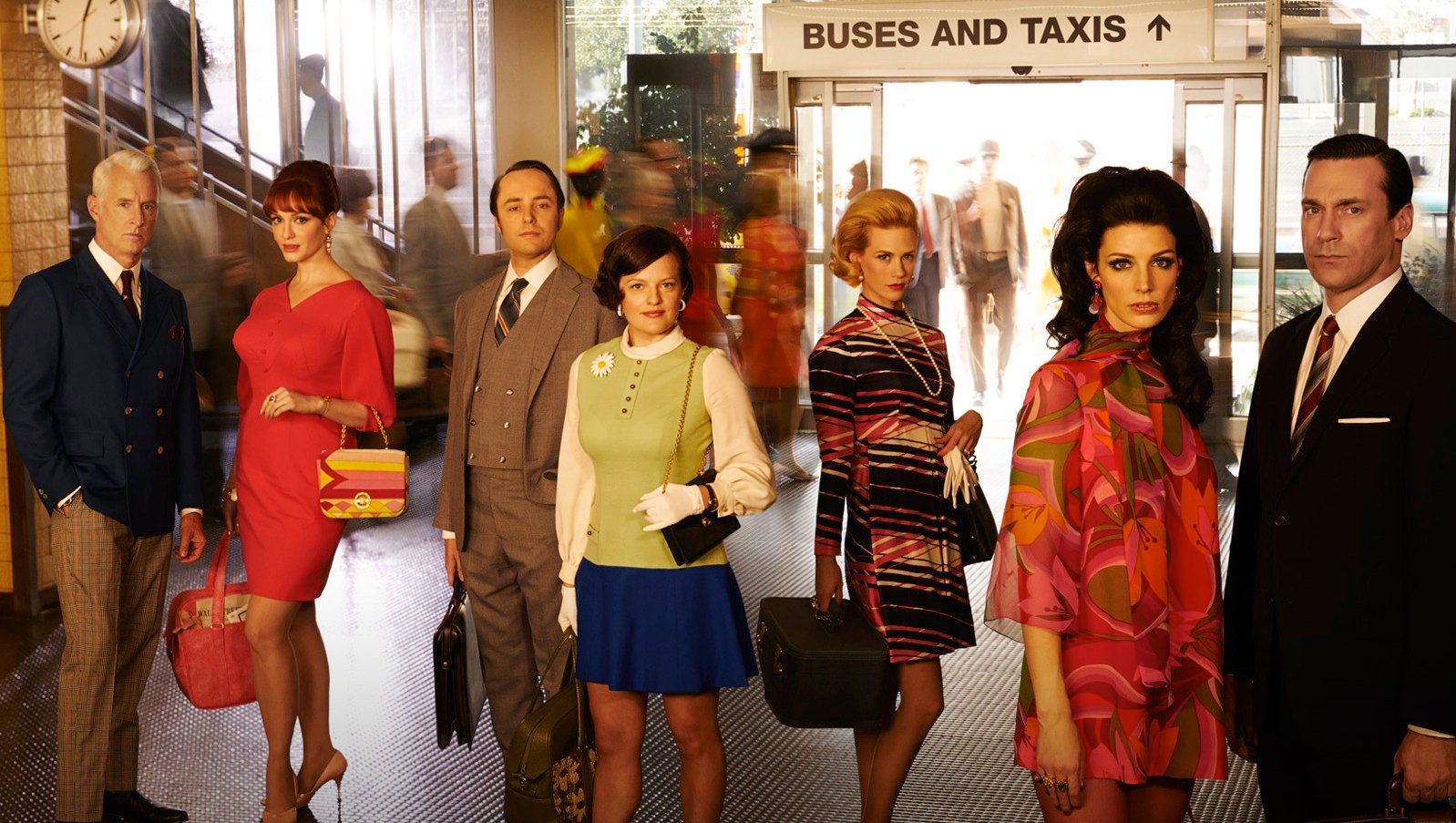 You may say that Don Draper, the square-jawed, womanizing, liquor-loving antihero at the heart of AMC’s Mad Men, has suffered this year at the hands of his devious creator, Matthew Weiner. He’s lost his job at the ad agency—a key piece of his own identity; he’s now reduced to writing copy and feeding it to an ex-colleague, and has been made a persona non grata by the industry that long heralded him a golden boy. He’s losing his wife (though her machinations to become an actress across the country in L.A. are going worse than she will allow). He’s losing his daughter, Sally, who literally caught Don with his pants down, “comforting” the upstairs neighbour. In other words, he’s been neutered at home and at work.

This is the rock bottom we’ve long been promised, right? We always knew Mad Men was going to be elegiac, capturing the bright-eyed optimism of the 1960s and then the ensuing pessimism of the 1970s, and the better part of seven seasons have followed the tone set by the opening credits, with their falling figure.

Not quite. There’s no denying that Don has been tormented by a combination of some of his demons this half-season—the “mid-season finale” of the final season airs Sunday night. He’s lied to Megan about being let go, then been forced to reveal it to her. He returns to the agency that bears his name but as a shell, stripped of his power and dignity. He’s returned to heavy binge drinking to salve his pains.

But has Don really fallen enough? Redemption has come too easily. Take the matter of Sally: She’s let down by her father yet again, finding out by happenstance that he’s out of work. But after Don drives Sally back to boarding school—after a meal with all the signifiers of fatherly-daughterly love—she quickly says “I love you” as she exits the car. It’s fairly clear to us she doesn’t mean it–she’s seen through his deception. But Don takes it seriously, and the door closes quickly behind her, and that’s that.

Then there’s Megan, who appears to have all but superficially given up on the relationship. But in a last-ditch effort to give him what she thinks he wants, she gives him a ménage-a-trois, which he actually accepts begrudgingly. He takes the relationship for granted, as he always has. While visiting New York from L.A., Megan looks forlorn while preparing breakfast, and so Don takes her shopping; later, when she packs up her fondue set to bring back to L.A. on her latest trip to New York City, saying she “misses her things” (this, as her husband stands beside her), he doesn’t think twice about that, either.

As for his return to the office, he essentially gets the job back by asking for it; when they offer it back, they list a series of stipulations, none unreasonable, and he accepts. Even he seems surprised that that worked so well, with his too-quick “okay,” but there’s no meaningful grappling. So what has Don really learned? His resentment of having to write tag lines, the most menial level of copy, burns uninhibited until a night of binge drinking and a talking-to from Freddy Rumsen sets him straight (somehow this is the binge drinking where a lesson is learned). Then, later, he just so happens to run into a colleague who tells him of the office coup Jim Cutler and Lou Avery are plotting, and he successfully intercepts. Add the Burger Chef pitch, where Don and Peggy use his brilliant strategy—a nap and a drink—to find the key to her big pitch, and doesn’t it all feel a little too neat? It’s like the old times! Don has his mojo back!

The Internet is convinced that Megan isn’t just going to leave Don, but perish—a Sharon Tate conspiracy theory has floated about since her character wore the same T-shirt Tate wore in an Esquire photo shoot. And the penultimate episode ended an almost eerie long pan across the plane she took back to Los Angeles. It would not be surprising; after all, the first song you hear in the series is Don Cherry’s lovelorn Band of Gold, with its baleful realization that all that’s left of dreams once held is a void and a scrap of metal: “Now that you’re gone / All that’s left is a band of gold / All that’s left of the dreams I hold / Is a band of gold.”

But what would likely produce the most exquisite pain for Don is that someone finds out that he’s Dick Whitman, his actual name before he stole someone else’s to escape from the Korean War—the identity he’s taken completely for granted, and the one with the highest stakes. Being an ad man, being a father, being a husband: those are all small potatoes in comparison. He thinks he’s hit rock bottom, but in thinking he’s redeemed himself, he’s lost sight of the fullness of what he can truly lose, a dangerous proposition.

So as the trailer puts it, yes, it is all up in the air—perhaps because the actual descent hasn’t actually begun. Let’s see what happens Sunday.