These days, even new things need to be as old as possible. But there's a reason for it: mass appeal makes money. 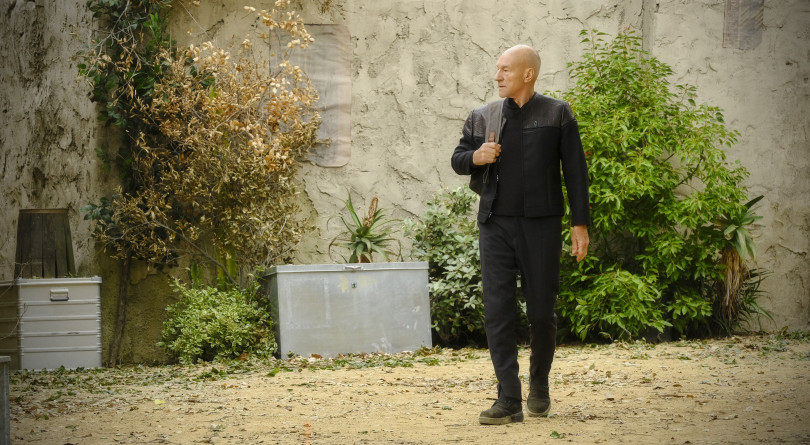 Any time someone complains that TV shows and movies are too reliant on rehashes, remakes and reboots, someone else will say that Hollywood has always been like that. But something really has changed: 2020 will seemingly bring us more reboots than ever, and they’ll be more open about catering to nostalgia. In 2017, the newest show in the Star Trek franchise was Star Trek: Discovery, with a cast of new characters. In 2020, the new show will be Star Trek: Picard, starring Patrick Stewart as the character we loved watching in the 1980s and ’90s. That sums up our current cultural moment as well as anything: these days, even new things need to be as old as possible.

Even if you’re not a Star Trek fan, 2020 will revive something you used to like. We’ll be reintroduced to the never-aging children from the 1990s animated franchise Rugrats and to the 2000s adult cartoon The Boondocks. Live-action characters are also returning—the precocious little girl from the 1980s sitcom Punky Brewster will be back as a single mother who adopts another precocious little girl, while the 1990s sitcom Saved by the Bell returns with new teen characters alongside some of the old ones.

READ MORE: TV is about to get more confusing. Here’s a guide to streaming in 2020.

The movie Bill & Ted Face the Music gives us Alex Winter and Keanu Reeves as the idiot teenagers they haven’t played since 1991, while Tom Cruise is releasing the sequel to Top Gun more than 30 years after the original made him a superstar. And there’s always the reliable standby of simply ﬁlming things in almost exactly the same way as before: if we ever thought we needed another Emma or star-studded ﬁlm version of Agatha Christie’s Hercule Poirot mystery Death on the Nile, 2020 has us covered.

Why is the revival business booming? Some of it is just the tradition of copying the industry leader. Disney, under Robert Iger’s leadership, has pursued a strategy of aggressively exploiting and recycling the intellectual property it owns. In 2020, Disney will pick those IP holdings to the bone, including The Falcon and the Winter Soldier, the ﬁrst of several limited series about Marvel movie characters not popular enough for their own movies.

This has inspired other studios to take a closer look at their own back catalogues. Sony already created a successful modernized revamp of One Day at a Time, and its newest reboot is Party of Five, which gives a Trump-era twist to the 1990s drama about orphans by having the parents deported instead of killed. Meanwhile, the revivals of Will & Grace and Full House have led other sitcoms to be dusted off, like the new revival of Mad About You and a Frasier reboot that Kelsey Grammer has claimed to be working on for 2020. In the era of “Peak TV,” a familiar title helps a show stand out from dozens of others, and it’s easier to sell to risk-averse executives.

RELATED: Dear in-laws, the movies have it wrong. We couldn’t live without you.

But there’s something else that these ’80s and ’90s franchises offer: mass appeal. A character like Picard was created in an era when the TV audience was less fragmented and advertisers were less obsessed with youthful, affluent viewers. Picard was calculated to be different things to different viewers: he was an old-fashioned patriarchal ﬁgure who was also a progressive guy; he was an unambiguous hero best known for an episode that turned him into a villain; viewers outside the U.S. enjoyed seeing a non-American as the lead on an American show.

Today, thanks to the decline of demographic-based advertising and the ongoing rise of subscription services, studios once again need to ﬁnd characters and franchises that can pull in the maximum number of people. A character like Picard is the closest thing to an all-ages hero left standing.

But bringing back Picard as an old man may soon seem like an outdated method of recycling. As The Irishman proved in 2019, de-aging technology now allows old actors to play younger people. Someday we’re likely to see a show where the entire cast is digitally altered to look like they did on the original. Sure, people are excited that Disney is bringing back Hilary Duff as her character from the 2000s kids’ sitcom Lizzie McGuire— but won’t they be more excited when Disney can just make everything the way it was in the 2000s?

This article appears in print in the January 2020 issue of Maclean’s magazine with the headline, “The shiny-old-thing syndrome.” Order a copy of the Year Ahead special issue here. Subscribe to the monthly print magazine here.