The art of pulling pranks

Happy April Fools' Day! The experts at Just for Laughs Gags discuss the ethics and effort that go into their popular pranks 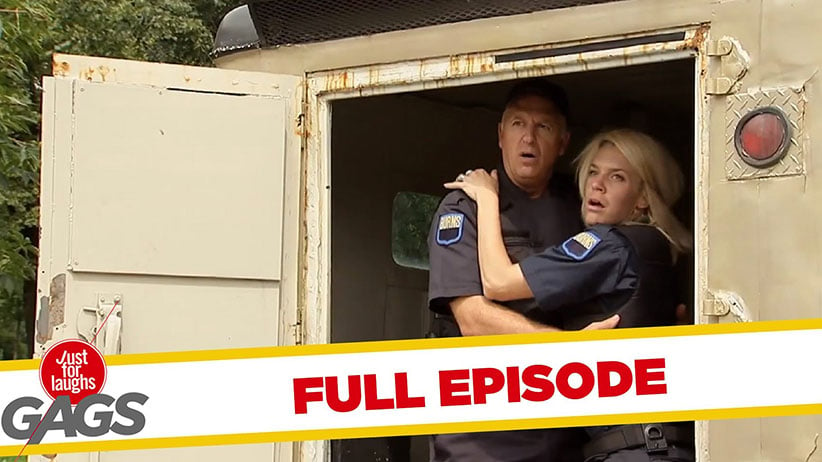 Beginning in Montreal in 2000, Just for Laughs Gags is one of Canada’s most successful television shows. It now airs in 140 countries and has a multi-billion view YouTube channel. For April Fool’s Day, Maclean’s spoke with co-producer Jacques Chevalier about the business and boundaries of pulling pranks.

Q: How do you compete with homemade prank videos?

A: We need to make a distinction between us and the kids on the web. A lot of the young kids can produce gags on their own. They’re not professional and don’t know about security. Our first concern is, “Is it too heavy? Is it safe for people? Do we need to block off the street in case [they’re] scared and start to run?”

We try to push the limit each year. We try to be more funny, more absurd. The gags we did at the beginning were more simple. Now they’re more sophisticated. We had this crazy idea to film on the street with this real elephant. We had to hire a veterinarian to make sure we could take this baby elephant on the street. We had to find the elephant in Toronto; we had to bring the elephant. That elephant was painted with yellow dots, and our police officer would pull someone over with a Breathalyzer and accuse them of drinking. When they talked about seeing the elephant, the officer would say, “No, I think you just had a drink.”

Q: Where do you hide your cameras?

A: I cannot tell you that.

Q: Do you have any guidelines?

A: We’ve got guidelines about good taste, religion, not to go too far. We’re really aware because ‘too far’ is not funny. ‘Security’ is our key word.

It costs about $25,000 [to produce] one minute 15 seconds, but we can put up to $60,000 into a prank. We have no guidelines for that. If we feel the idea is good, we can recoup with some smaller gags. We have the chicken from space—that was so interesting. People were driving on a little road outside the city. Police stop to ask for help with a flying saucer in the field. When they touch the saucer, a chicken with a football helmet on its head just appears. It was a big one. It took several days to prepare that gag. The thing we’ve learned is it’s not because you put a lot of money into a gag that it’s going to be good. We did one with a blind guy on a restaurant terrace staring at people. People say to the waiter [that] he’s looking at them all the time. They don’t know he’s blind. When they find out, they are really sorry. It’s simple, simple, simple.

The toughest thing is to have good ideas and reinvent ourselves year after year. Sometimes it’s a fail. We fail, let’s say, five per cent of the time. Sometimes you hook a person on the street, and she says she just learned she got cancer, so she isn’t in a good mood. But you don’t know when you hook them. Other people will say, ‘you made my day.’ We are on the street, and anything can happen.

Q: Have you ever been sued?

A: We’ve never been sued. We’re lucky because we’re in Canada. People in Montreal are fun people. That can’t be produced in the United States because they have a culture of lawsuits. That’s why Americans buy the show, because they can’t produce it on their soil. After we reveal [ourselves] … they have to sign a release. If they didn’t like the experience, they don’t have to sign it. People are protected because of that, and because of that, we have to be nice. Sometimes they have such a good attitude that we ask them to be a comedian [to perform future pranks on the show]. At first they were victims, but we try to hire in the streets because they’re unknown Canadians.

Q: In recent years, Jimmy Kimmel has asked parents to send in videos of themselves telling their children they ate their Halloween candy. What do you make of this prank?

A: Hooking kids or pranking kids is a cheap shot because it’s so easy to manipulate kids. We use kids to prank adults, but we never do the inverse. It’s bad taste.

Q: What about the trend of people spooking their cats with cucumbers?

A: We won’t do that. We want to be nice to animals. When we do some cruel things, we switch to puppets.

Q: Why are the gags silent?

A: It’s tough to export humour because it’s so cultural. But because we are non-verbal, because we are familial, we can export everywhere. Once I was travelling in a small village in Indonesia, and the taxi driver asked, ‘Where do you come from?’ I said ‘Montreal, Canada,’ and he said, ‘The only thing I know from Canada is Just for Laughs Gags.’ I want to be humble, but I think it’s one of the biggest successes in TV production.

Q. Do you have any advice for people on April Fools’ Day?

A: Just be aware, because we’re always around.