Where did all of TV's old people go?

'Between' is just the latest example of a growing TV trend: finding a creative way to get rid of the elderly 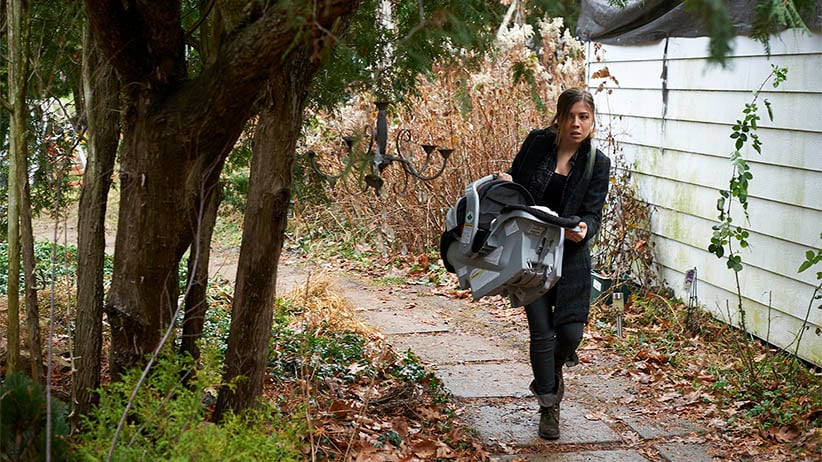 Canadian writer-director Michael McGowan isn’t what you’d call a “youth” filmmaker. His last film, the well-received Still Mine, was about a couple in their 70s. But his new TV series, Between, premiering in Canada on City TV on May 21 and on Shomi the day after, can’t help but look a little youth-oriented, considering its premise: In the small town of Pretty Lake, everyone over the age of 21 mysteriously drops dead.

The shortage of people who aren’t young didn’t make the show easier to sell, McGowan says. “In some ways, it would have been easier to have more adults in there, because you could star cast.” But it does make the show, Netflix’s first co-production with a Canadian network, fit comfortably into the modern TV world. Just as in Pretty Lake, today’s television has largely gotten rid of the elderly.

Some networks have adopted youth as a marketing strategy, though McGowan notes that Between’s creators are “not trying to make a CW show,” a reference to the network that exclusively makes shows (Reign, The Flash) about young, beautiful people.

A few years ago, it seemed as if things might be looking up for old people, with Ted Danson taking over as the lead of CSI in his 60s, but that trend is over now. TV Land, a network that originally tried to appeal to older viewers with shows such as the Betty White vehicle Hot in Cleveland, just unveiled its new flagship comedy, whose title is, appropriately, Younger; it stars Sutton Foster as a woman who is considered old because she is 40, and who works with a bunch of twentysomethings. One of the few comedies to survive to a second season, The Last Man on Earth, leaves man-child Will Forte with almost no one to supervise him. Today’s grim apocalyptic shows, too, present a world where the old are mostly absent. Most of the people who survive on The Walking Dead are young enough to run away from zombies.

What’s the fascination with young people, even for services like Netflix that don’t have to appeal to youth-starved advertisers? It may help that young stars are good at promotion on modern media. Between is the first major grown-up project for kids’ sitcom star Jennette McCurdy: “Netflix was interested in working with her,” McGowan says. “I met her, I thought she was great. And she has 6.2 million Twitter followers, so, just from a recognition point of view, she’s huge. And this is sort of a big turn for her, from iCarly and Sam & Cat.”

But, more important, a show about the young is a show without traditional authority figures. Between fits into a tradition of stories such as Logan’s Run, the book and movie about a world where no one over 30 is allowed to survive. “I was interested in exploring what happens if they’re old enough to survive, but not old enough to have the facilities to put everything in place,” McGowan explains. “If you make them too old, society should be able to run as it was before, largely.” A show focusing on old or middle-aged people isn’t always that exciting, because those people already run the world.

There are occasional expressions of resentment among older viewers that they’re not seeing themselves represented. And there are signs that networks are starting to address the generation gap. In the new show The Comedians, FX teams the elderly comic Billy Crystal with Josh Gad, the young comedian from Disney’s Frozen, in a story of the age divide in comedy. And NBC’s surprising decision to bring back Coach, starring Craig T. Nelson, may show renewed interest in old properties and old actors.

Having dealt with characters of all ages, McGowan isn’t worried the market will become glutted with people in their 20s. “There’s enough of a fractured environment in the television landscape right now that you can be fairly niche,” he says. What fascinates him about Between’s premise is what happens when our flawed institutions are handed off to people who don’t have experience with them. “There are going to be big mistakes. There are going to be imperfections. There’s going to be drama as a result of that.” And drama, more than youth, is what counts.