TV’s ratings system is under siege and no one knows what's popular. That may be bad news for viewers and writers alike. 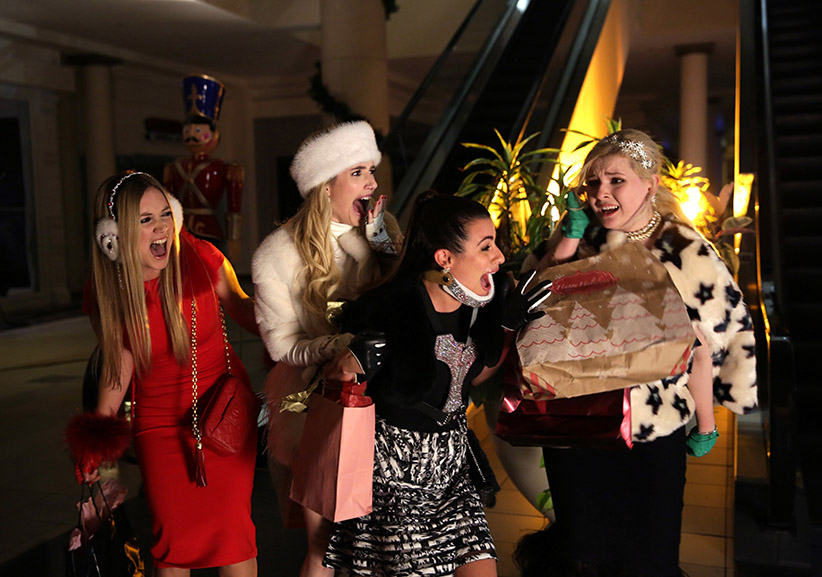 “There’s a crisis of measurement” in the television business, consumer researcher Bill Livek warned The Wrap last year. Nobody knows what shows are popular anymore, and increasingly, networks don’t even care to help us guess: near the end of 2015, the Fox network announced that it would stop reporting how many people watched a show on the night it aired. We can still judge the popularity of a movie by its opening weekend grosses, but in a world of time-shifted viewing and subscription services, the TV business is actively trying not to tell us how popular its products are.

The No. 1 enemy of the ratings system is the rise of Netflix, which refuses to report any viewership numbers at all. “Netflix is doing everything in their power to keep people from figuring how how many people are watching them,” says Jason Lynch, a TV writer for Adweek. It goes so far as removing digital watermarks, “to mask how much the content is being watched.”

But the decline of ratings also can be seen on ad-supported TV. Rick Porter, editor of the ratings site TV By the Numbers, says Fox “wants to start changing the way people think about ratings and acknowledge that a significant portion of viewing comes after a show’s initial air date.” CBS president Leslie Moonves recently declared: “Overnight ratings mean nothing.”

Related: A made-in-Canada approach to the problem of a digital-media buffet

Not only are networks slower to report ratings, but Porter says there’s “more cost-benefit analysis going on that lets underperforming shows stay on longer in some cases.” Even two years ago, a show with overnights as poor as Fox’s Scream Queens would have been pulled after the first few weeks. Today, advertisers can buy time based on secret measurements of how many people actually watch the commercials, and low-rated shows can be saved through international sales. How many people watch a show may be irrelevant to how profitable it is.

All this means more freedom for TV writers, who don’t have to worry about how many people watched a particular episode at a particular time. The dominance of the Nielsen ratings system meant that shows had to be constantly retooled to get the numbers up: a show like How I Met Your Mother only avoided cancellation by bringing on Britney Spears as a stunt guest star. Shows today can play the long game and go where the creator wants them to go.

But the decreased emphasis on ratings could reduce the audience’s power to decide what shows get made. When overnight ratings mattered more, shows stayed on despite poor reviews: it didn’t matter that critics didn’t like The Beverly Hillbillies, because it was the most popular show in the world. As ratings decline, a show’s “buzz” becomes more important. Lynch says that journalists increasingly “say, ‘well, everybody is talking about this show.’ ” That can lead to an over-emphasis on shows that are discussed on Twitter or other social media platforms. Movie audiences, who pay directly for their products, can vote for what they want to see; TV audiences may increasingly have to accept what the gatekeepers want them to see.

While Netflix’s producers may enjoy their newfound freedom from the pressures of the ratings system, it also means they could be at a disadvantage in negotiations with the company. Lynch explains that in the world of streaming, “for the people who are actually making the shows, it’s frustrating because they don’t know what their actual worth is.” When it’s time to renegotiate contracts, “Netflix seems to have all the leverage, because nobody really knows how important one show is relative to another.”

Still, there’s one thing that might save ratings: networks feel compelled to report them when they look good. Even Fox has been putting out press releases showing that Scream Queens doesn’t look so unpopular when you factor in delayed viewing. Lynch points out that HBO didn’t report ratings for a while, “and then The Sopranos was a big hit, so they wanted to have those numbers out there.” Porter thinks “there’s just not any real upside for the streaming services to release their viewing data.” But if they have a hit that’s massive enough, they just might not be able to resist.