The outgoing host and the incoming President? 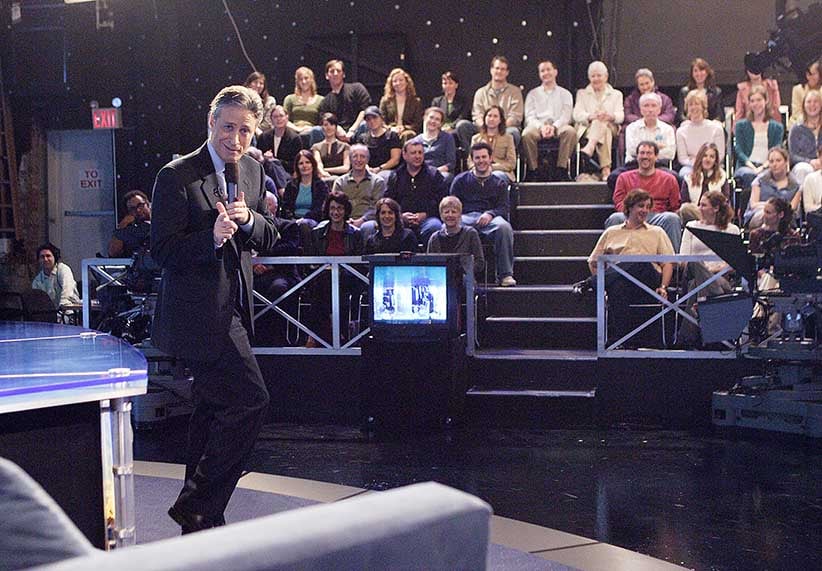 Now there’s a heading that is absolutely not clickbait. But while tonight’s American television universe belonged to both Jon Stewart (hosting his last Daily Show) and Donald Trump (dominating Fox News’s first Republican debate), I’m not saying that the two men are ideologically similar, or that they’re both equally responsible for the decline of civilized debate. I’m just saying that despite their very different onscreen personalities, they both became unexpectedly successful for similar reasons. Stewart turned The Daily Show into liberals’ most trusted news source because liberals felt he was saying things no one else would say, pushing back against a corrupt media and political consensus. And Trump appeals to conservatives for similar reasons. Whether he’ll be able to take this politics thing as far as Stewart took The Daily Show, that’s a different question entirely.

Both Stewart and Trump are rather ideologically heterodox for ideological heroes. Stewart considered himself a centrist, not so much between the extremes of left and right as above them: “Join us in the centre,” he once pleaded with the editor of the left-wing journal The Nation. No one knows exactly what Trump believes, or if he just says whatever he thinks will get him the most reaction. But no one thinks he’s really a committed conservative: at tonight’s debate he got called out on his support for single-payer health care and refused to disavow it completely, saying that it “works well in Canada.” (This last comment might actually get him in trouble, since conservative radio constantly informs its listeners that we Canadians hate our socialist health care system and would die if it weren’t for American doctors.) One of the reason the other candidates are so obviously angry at him, apart from the fact that he’s sucking away all the attention, is that conservative voters seem to prefer him to actual conservatives.

But when people think the world is going mad, and the media and politics are complicit in the madness, they don’t want an ideological soulmate: they want someone who will say “stop the madness.” And that’s what Stewart provided, increasingly, for liberals during the ’00s. The story of liberals in the U.S. from the late ’90s onward is shaped by three events: the Clinton impeachment, the Supreme Court decision that halted the 2000 recount in Florida, and the buildup to the Iraq invasion. In each case, liberals felt that something was being done that broke with the political norms of the past, and that the Republicans’ justifications for their actions were flimsy. Simply put, liberals felt these were three crazy and stupid things.

But when they looked to the media, they didn’t see their point of view reflected. “Mainstream” media, however you define it, tends to define itself the way Stewart once did – standing between extremes. Both the Republicans and Democrats were assumed to have their equal share of reasonable and crazy people. If one party was united on an issue, that made it inherently a reasonable thing, and the Republicans were certainly mostly united on the impeachment and Iraq. If some of the Democrats agreed with the Republicans, as they did on Iraq, then that made the thing “bipartisan” and therefore, inherently, good. And that’s how the coverage of the Iraq invasion wound up portraying it as a perfectly mainstream and reasonable idea, even though liberals were shaking their heads all through it.

This is where Stewart came in. Particularly during the Iraq buildup, he didn’t see the war as reasonable, and he portrayed it the way liberals saw it – something that was being done for reasons that seemed unclear, based on a flawed connection (9/11 happened, therefore we should go to Iraq). As the linked article shows, The Daily Show was “a nightly demonstration of how the Iraq war radicalized American political discourse and made it more progressive.” And the way Stewart likes to think of himself, as the common-sense guy in the middle, actually worked in this context: it made him seem not like a radical, but a guy who was increasingly radicalized by the craziness around him. Which is how many liberals like to think of themselves (people often think of themselves as basically non-ideological, driven to radicalism by the ideologically-based unreasonableness of others). His show was the place people went to hear that media “balance” was itself unbalanced, that the media was afraid or unwilling or unable to describe things as they were. His big final speech tonight was based on the idea that everyone is trying to smother common sense and truth under layers of obfuscation and fake balance.

But as Stewart noted at the end of the speech, things have gotten better for him and his viewers, who don’t necessarily need him any more to play the role of Only Sane Man. Thanks in part to Iraq and to Stewart, there’s more liberal media, and the “mainstream” media is less likely to treat hawkishness as the de facto reasonable position. The specific kind of frustration liberals felt from 1998 to 2003 is often felt by conservatives. American conservatives have always found the media biased against them, but they are now increasingly frustrated with the bias their own party, the Republicans, seems to have against the things they care about the most. On gay marriage, for example, conservatives find a clear pro-gay-marriage slant in the mainstream media (which does tend to be more liberal on social issues than anything else), and what’s worse, most of the Republican candidates have simply tried to downplay the topic, hoping it goes away. 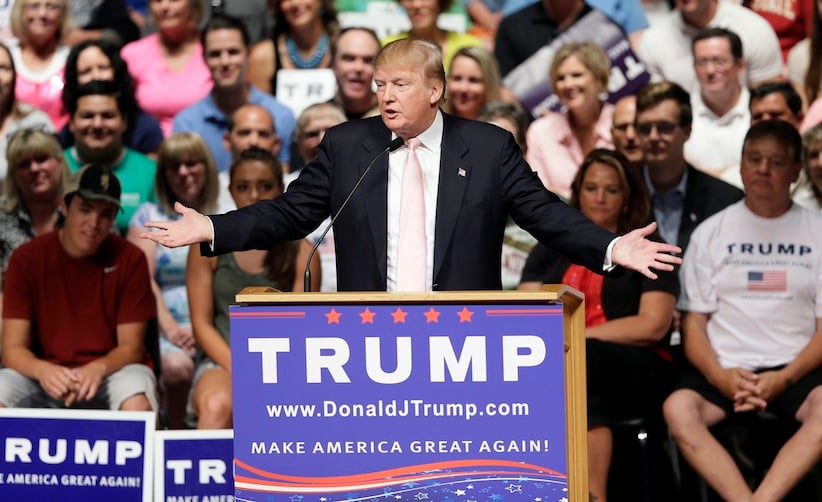 But the most important issue for many of these potential voters, and the one where they disagree the most with the mainstream Republicans, is immigration, legal or illegal. The various policies grouped together under the heading of “comprehensive immigration reform” are incredibly unpopular with rank-and-file Republicans. But they are incredibly popular with the sorts of Republicans who usually get the party’s nomination, and the people who fund them. Business people and business-friendly conservative outlets, like the Wall Street Journal, like a lot of immigration for business reasons. Guys like George W. Bush and Jeb Bush and even people who aren’t named Bush are basically pro-immigration for business reasons too, but also because they see the future of the party as depending on its ability to reach out to the growing Hispanic population.

So you have an issue, immigration, that is as bipartisan as they come, and the bipartisan view is the one that’s usually celebrated in media coverage. (Here we see a writer for the liberal Vox happily agreeing with the ultra-conservative editor of the WSJ editorial page that “there shall be open borders,” and taking Bernie Sanders to task for disagreeing; it’s one of those things that unites left and right in odd ways.) Many conservatives felt they were simply not seeing their views reflected. I doubt Trump cares about the issue very much, but he was clever enough to notice that it was something other people cared about very much. He took it up and he ran with it, sprinkling myths and stereotypes along the way. The fact that he’s not a real conservative probably helps him in this context. Like Stewart, he portrays himself as a common-sense guy radicalized by the same things that have enraged his audience. Stewart wants to be seen as the little guy, and Trump as the big brilliant leader. But they both see themselves as truth-tellers.

The two are also connected by their lack of respect for the decorum of the media and party politics. Stewart was, and still is, often called out for being vulgar, for swearing, for not portraying both sides as equally bad – for being “uncivil,” which is the worst word many pundits can think of for a person. For Stewart and his audience, “incivility” was a good thing, because civility is just an idea that the media establishment came up with to shut out any ideas or people they don’t like. Trump gleefully says the most uncivil things, knowing that the conservative establishment politicians and media will get mad at him, and knowing that this will only enhance his reputation as an outsider. When he insulted John McCain, the media – which mostly likes and respects McCain – treated this as something that would surely sink his campaign. Trump knows that ordinary conservatives don’t like McCain, and especially don’t like the fact that the media respects him so much. The more you get attacked for breaking the rules of decency, the more you attract the people who think those rules are rigged against them.

I’m not saying, again, that these two guys are equivalent; that’s the sort of false balance that Stewart got rich making fun of. But both these guys are playing a form of ideological Moneyball. The conventional wisdom often says that no one wants to hear certain things, that everyone agrees on a particular issue. It usually turns out that there are many people who feel ill-served by the conventional wisdom. And if you know the right moment to reach those people, they will like you a lot. Can they make you President? Probably not. But no one knows if Trump really wants to be President anyway. If part of Stewart’s appeal was that he cared too much, part of Trump’s appeal is that he cares mostly about not caring.