Why you should care about ‘Orphan Black’

And all your burning questions—about the show, Season 3, killer clones and Tatiana Maslany—answered 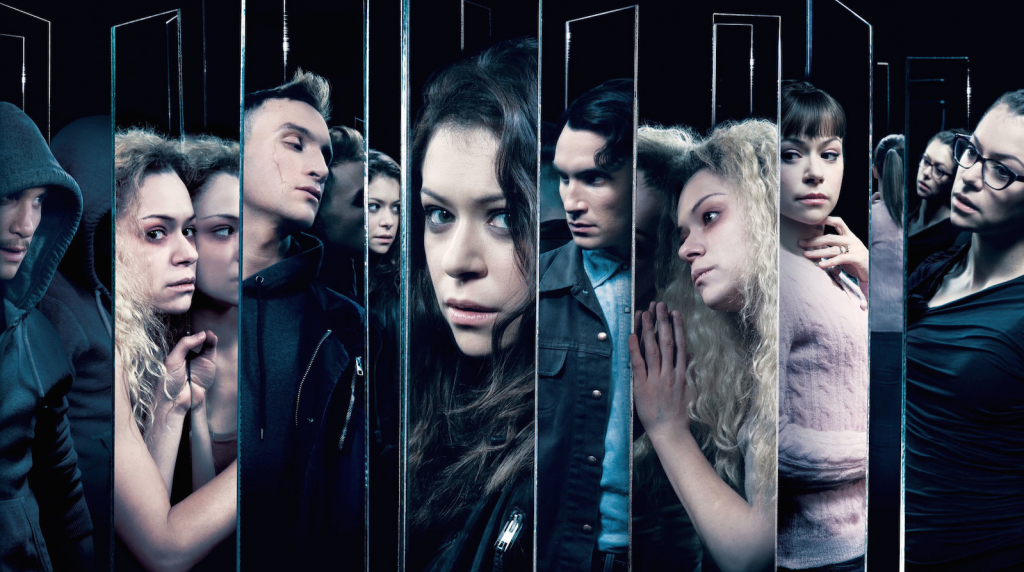 Canadian television’s critical darling, Orphan Black, wraps up its third season on Saturday—and thank goodness, because, between a talking scorpion and killer boy clones, our brains could use a breather.

Do you remain mystified by the appeal of a show about a human cloning conspiracy? Did the plot lose you somewhere around (spoiler alerts here, and to follow) the suburban mom clone’s metamorphosis into a drug-dealing school trustee candidate? Maclean’s breaks down what you need to know about the series.

Q: Why should I care about Orphan Black?

A: The acting. It doesn’t matter if you don’t like sci-fi. Watching Tatiana Maslany play seven or eight distinct clones, who sometimes impersonate each other, is like watching Connor McDavid play in the OHL. Get on the bandwagon early, and you’ll have bragging rights for the rest of a long career.

Come on, she plays the entire female cast

Q: Now that the show has added an army of boy clones, does Tatiana Maslany play them, too?

A: No, although that might have made them more interesting. The introduction of male clones (Project Castor) has really divided the show’s fan base. Some people like the way they’ve allowed Orphan Black to explore new themes, such as masculinity and the military, while others think they’ve taken up screen time that belonged to the show’s original female clones (Project Leda). After all, this is a celebrated female-centric show, and weren’t there already enough identical characters to keep straight?

Q: So, was this the most confusing season yet?

A: Definitely. Even some of the critics tasked with recapping episodes for various outlets have confessed they were occasionally confused. The big mid-season twist was the revelation that the two sets of clones are siblings. (It’s safe to assume everyone on this show is somehow related to everyone else.) The main thing to know ahead of the season finale is that Sarah, the streetwise clone, has found the original genetic donor—who may hold the cure to the genetic defect that threatens to kill all the clones—living in London.

Q: In London—but doesn’t the show take place in Toronto?

A: Yes. There was even a well-placed Value Village in this season’s penultimate episode. But Sarah was brought up in London, by a foster mother she calls Mrs. S, who, it turns out, is the biological daughter of the original donor. (This seems to mean Sarah and Mrs. S are sisters? See the above about everyone being related.) The mother-donor, Kendall Malone, tells them she is the single original source of both the male and female clones, because she has two sets of genes after she absorbed a twin brother in the womb.

Q: Um, does any of this show’s science hold up?

A: Actually, yes. People really can have two sets of DNA. It’s a phenomenon called genetic chimerism. The series employs a “science adviser” named Cosima Herter. (The science-nerd clone Cosima is named after her, obviously, because you don’t just wind up with two people named Cosima.) Humans haven’t actually been cloned—well, as far as we know —but the show does make sure that the main ideas and the lab jargon hold up. What isn’t clear is how Helena, the only blond clone, has maintained uninterrupted access to hair dye, despite long terms of imprisonment.

Q: Sarah’s daughter, Kira, hasn’t been hanging around getting kidnapped this season. Whatever happened to her?

A: Like everyone else you know, Kira took a trip to Iceland.

Q: Why is Alison, the surburban mom clone, selling drugs and running for school trustee? What does that have to do with anything?

A: A lot of people are asking that. It’s like she has her own spinoff show. It’s unclear if Alison’s storyline will eventually tie back to the main one, or if it was just built for comic relief—but did it ever deliver on that part. Orphan Black scenes often require rewatching, so you can figure out what the heck just happened, but, with Alison, the scenes require a second viewing because they’re so funny. The best moment of the whole season was Alison and Donnie’s suburban gangsta moment, when she’s twerking while he makes it rain with all their drug money.

Q: There’s something suspicious about Cosima’s new girlfriend, the one with the big floppy hat. What is underneath that hat?

A: Best guess is a Costco-sized bottle of bubble bath. That would explain why the two of them are always taking sexy baths together. You’d think human clones would be the least believable part of Orphan Black, but nope, it’s the lesbian love scenes. Cosima is deathly ill, yet keeps finding the strength to light those scented candles.

A: It seems suspicious that no Leda clone has died this season; one of them might have to be killed off to raise the stakes for the show’s fourth season. But there’s only one thing we know for sure: Alison deserves to win that school trustee election.