The Gospel according to Tarantino

"Digital projection is the death of cinema as I know it. I don't need to go and watch television in public." 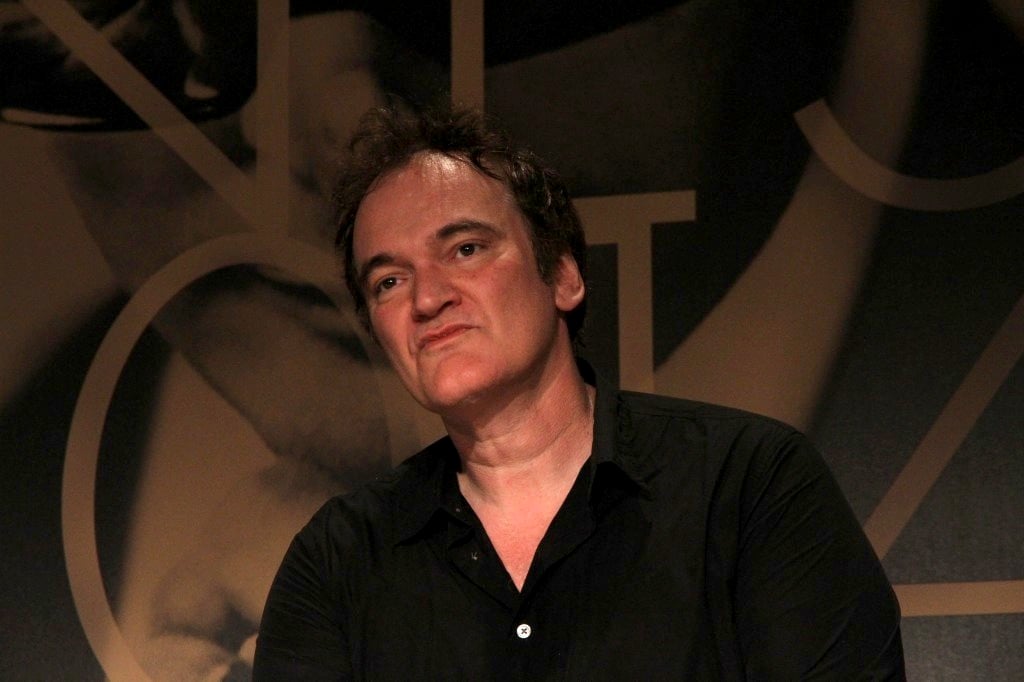 In the fairy-tale kingdom of Cannes, Quentin Tarantino is a citizen not like the rest. No other filmmaker gets the honour of performing a solo press conference without even having a film in the festival, and then to proclaim “the death of cinema” at cinema’s high altar. Tarantino was in Cannes to mark double milestones—the 50th anniversary of Sergio Leone’s A Fistful of Dollars, which marks the birth of the spaghetti western, and the 20th anniversary of his own Pulp Fiction, which was the last American hit movie to win the Palme D’Or—not counting Michael Moore’s documentary Farenheit 911, which won a prize when Moore headed the Cannes jury a decade ago. Tomorrow a restored digital print of A Fistful of Dollars will show as the closing night gala. And Pulp Fiction will be shown on the beach, the only movie at the festival projected in that quaint format known as 35-mm film.

Tarantino’s appearance at the jammed press conference came as a tonic. The man loves to talk, and he is not shy about his opinions:

The death of cinema

“Digital projection is the death of cinema as I know it. I don’t need to go and watch television in public. I don’t need to leave the house when home theatres are so good and the presentation on the DVDs are so good. If you’re showing a new [35-mm] print of Breathless, or even an old print of Breathless, that’s worth leaving the house . . . I’m hopeful that we’re going through a woozy romantic period with the ease of digital, and the next generation will demand the real thing. The [vinyl] albums are slowly coming back, I hope that the next generation will realize what they’ve lost.”

The worth of the Palme d’Or

Sergio Leone as godfather to MTV

“Closing the Cannes Film Festival with A Fistful of Dollars means much, much more than the 50th anniversary of the spaghetti western. It was the birth of genre action cinema, where music was presented not as background but as foreground. Even more importantly, the film was cut to music. Once that genie got out of the bottle it was never put back again. I screen The Good, the Bad and the Ugly every time I make a movie, when we have movie nights for the crew. They bring their kids. And the kids love it. They’re caught up in the spectacle and the visuals. And one of the things they’re caught up in even though they don’t realize it is the ending. That final bullring scene is my favourite moment in cinema. . . a case could be made that Leone influenced MTV.”

“I usually don’t do an original score because I don’t want to hire some composer I’ve never met and trust them with the soul of my movie. If I choose the movie, I’m not waiting for the 11th hour for someone to show me the soul of my son.”

His first cut is the deepest

“My director’s cut is the first time. My director’s cut plays on 3,000 theatres, not on some ghettoized DVD as an afterthought. But I have about 90 minutes of Django that hasn’t been seen. My idea is to cut together a four-hour version of Django Unchained—not show it as a four-hour movie, but to cut it into four one-hour chapters and show it as a four-part mini-series on television. It wouldn’t be an endurance test. It’s funny, you present someone with a four-hour movie, and they’ll roll their eyes. But if you present them with a four-hour mini-series that they like and then they’re just dying to watch all four episodes in one go.”

Finishing his own private binge-watching Ph.D.

“I’m always watching movies. I have a pretty terrific 35-mm collection and I screen them all the time. One of the nice things about my life, because I’ve done well, is it’s afforded me the chance to live an academic’s life. My feeling is that I’m studying for my professorship in world cinema, and the day I die is the day I graduate. I’ll just get on a kick of study, of a director or a genre or a country. I voraciously watch and make notes and I put the notes away and wait for the next kick to hit me.”

Quentin can’t get enough of his own movies

“Whenever I hear directors say they can’t watch their movies because all they see is the flaws and it’s so painful, I feel so sorry for people. How can you get up in the morning if you think you’re stuff is so s–tty? If I couldn’t watch my movies I wouldn’t make another one. I’d just give up. I watch my movies all the time. At home whenever I see one of my movies is playing I’ll turn it on. Sometimes I watch it for a bit, and sometimes I watch the whole thing. I hadn’t seen Kill Bill Volume I in a couple of years. I noticed it was coming on. I’ll watch the opening credits. Goddamn if I didn’t watch the old mother-f–king thing, right to the end of the closing credits. And I was so gratified.” 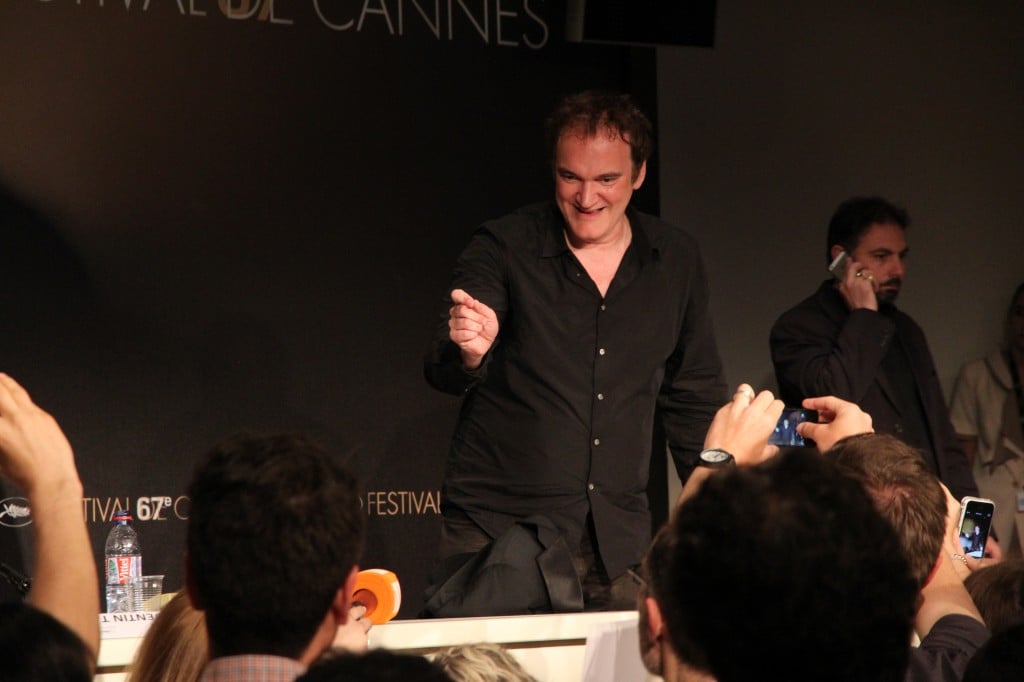 Quentin Tarantino and the media fanboys / photo by BDJ