This is the best Christmas song

Stephen Maher: You may disagree. Perhaps you have never have heard this one. But people who like this song like it better than you like your favourite. 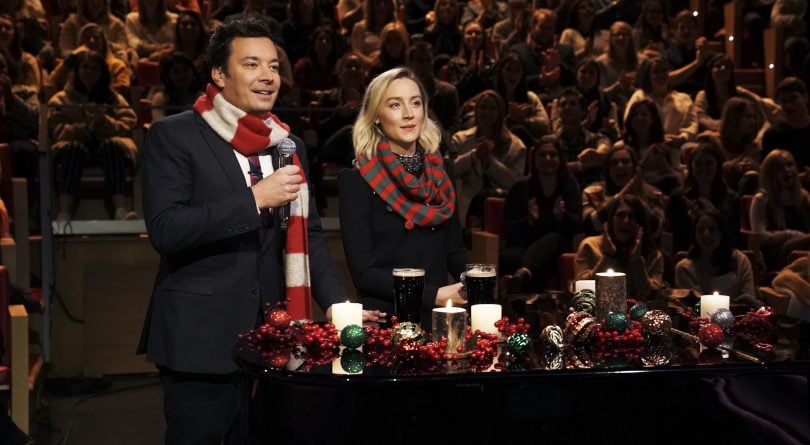 Fairytale of New York is the best Christmas song.

You may disagree. Perhaps you have never have heard it. Or you may prefer another tune. Some people love Silent Night, or Little Drummer Boy, All I Want For Christmas, or Merry Christmas Baby.

Fairytale is trying to do more. It is a tragedy in four minutes and thirty-three seconds. Its subject—the love and suffering of two miserable Irish immigrants in New York—packs more punch than the subject of other holiday tunes.

Most Christmas songs—even the best ones, like White Christmas—offer a mild seasonal balm. They celebrate the warm feelings of the holiday, capture a yearning for family, home, faith, the traditions of the holiday.

Others, like All I Want For Christmas, are loves songs in disguise, and can’t really be called Christmas songs, any more than Die Hard can be called a Christmas movie.

Fairytale of New York is the only tune that gets at the heart of the season, celebrating the bonds of love that are especially strong at Christmastime, because it pulls at our heartstrings, shocks us, makes us experience something on an emotional level that is rare for a pop tune.

It is an artistic and musical triumph, a subtle, clever and brave piece of work.

The song was recorded in 1987 by the Pogues after, the story goes, Elvis Costello challenged them to write a Christmas hit. They worked on it for two years, tinkering and rewriting it—and it sounds like it.

It stands apart from their other tunes, all of which sound like you’ve heard them a million times the first time you hear them. Fairytale stands out from bog standard Irish lament or jig because of the unusual, intricate arrangement and the astonishing lyrics, delivered by Kirsty MacColl and Shane MacGowan, who wrote the words.

MacGowan is underrated as a songwriter and singer, perhaps because he is legendary broken-toothed drunk, and sounds, on every song, like a boozer complaining about being cut off before last call.

Try to sing along with him, though, and you see what a talented crooner he is, with a scratchy but fluid instrument. He might sound off key, but he he never is.

Once or twice, every December, I end up leading a singalong of Fairytale of New York.

I am an enthusiastic guitar player and poor singer, but it’s the kind of song—Hallelujah is another—where that doesn’t really matter, because people so want to sing along, want to feel the song in the way you can only feel it by singing it with others.

My singalong version of Fairytale never sounds particularly good, due to my musical limitations, and everyone’s desire to sing both parts of the duet, which limits the dynamic impact of the performance, but that’s not the point, is it?

The song opens with a piano setting up the melody, and swelling strings, like a show tune. Then MacGowan’s broken voice comes in.

It was Christmas Eve, babe, in the drunk tank.

An old man said to me, “Won’t see another one.”

And then he sang a song, the Rare Old Mountain Dew

I turned my face away

And dreamed about you.

That’s quite a lead.

What could be more Christmasy than an old man in jail complaining that he is going to die, then singing a drinking song?

MacGowan, who has, actually, dedicated his life to drinking himself to death, has his eye on the grave here. If the song carried on in that way, it would be like many great, sad Irish tunes, like Carrickfergus, or Raglan Road.

Before we get bogged down, though, the accordion starts to play a spritely jig and Kirsty MacColl starts to sing, her voice high, sweet and trilling, a young Irishwoman marvelling at New York.

They’ve got cars big as bars

They’ve got rivers of gold

But the wind goes right through you,

It’s no place for the old.

When you first took my hand

On a cold Christmas Eve

You promised me Broadway

Was waiting for me.

She is recalling their early days together as immigrants in the Big Apple, the excitement of America, their young love, his promises to her.

“You were handsome,” she sings.

“You were pretty,” he responds. “Queen of New York City. When the band finished playing they howled out for more.”

The cheerful reminiscence, which is vivid because it is so specific, takes away from the pathos of the opening, and it is musically cheerful and exciting, with the singers trading lines.

Then comes the chorus, with an irresistible melodic hook, the jig turning into a Broadway show stopper, strings and all.

The boys of the NYPD choir

And the bells are ringing out

Fantastic. He may be in the drunk tank, but they have such happy memories together. Great. Happy couple after all.

Then comes the next verse.

“You’re an old slut on junk, lying there almost dead on a drip in that bed,” he replies.

“You scumbag, you maggot, you cheap lousy faggot, Happy Christmas, your arse.

There can be no verse in pop music as horrible as this. They are desperate, broken people, lashing out at one another, she an addict, he a drunk, both of them spitting the worst imaginable sexual insults at one another.

The homophobic slur, which this year led to calls for the song to be banned as hurtful, is shocking and awful, and leads immediately to the cheerful chorus again.

Then the song slows, and we get to the heart of the matter.

“I could have been someone,” he sings, mournfully, pleading for understanding.

“Well, so could anyone,” she replies. “You took my dreams from me, when I first found you.”

“I kept them with me, babe. I put them with my own. Can’t make it all alone. I’ve built my dreams around you.”

He is sincere. He may be a loser, but he loves her.

Does she buy it? We do. And we sing with them both, in the final chorus: the bells are ringing out, for Christmas day!

It matches the best tearjerker in country (He Stopped Loving Her Today) or the saddest blues (Strange Fruit). Fairytale, in its way, is as artful and profound as the best play or movie.

MacGowan, himself a tragic, drink-sodden figure, puts us with this sad couple, in their happy times and their lowest moments. He does it with dialogue, like a playwright or screenwriter, letting them deliver lines that communicate with brutal, shocking, filmic efficiency.

The subject—abject human suffering—allows the song to rise to the level of great art.

To compare it to other Christmas songs, with their mild, chipper expressions of pleasure in snow, fires and holiday ornaments, is like comparing a Shakespeare play with a clever TV ad.

Great art is great because it tackles difficult, important subjects, because the artist makes us feel what it is to suffer. We may not all suffer like forlorn drunks or junkies, but we all suffer, and we all try to make our suffering bearable by loving others, and being loved.

In his book, Story, the screenwriting guru Robert McKee writes about moviegoers who shrink from downbeat stories.

“A small percentage of the audience won’t go to any film that might give it an unpleasant experience. Generally their excuse is that they have enough tragedy in their lives. But if we were to look closely, we’d discover that they not only avoid negative emotions in movies, they avoid them in life. Such people think that happiness means never suffering, so they never feel anything deeply.”

Those people prefer other Christmas songs.

Fairytale is for those who know that suffering and love are the stuff of life, and they are what we should be thinking about when the bells are ringing out for Christmas day.