“It was a risk putting something that people may not recognize on the menu, but it was really important to us to bring something new to the area” 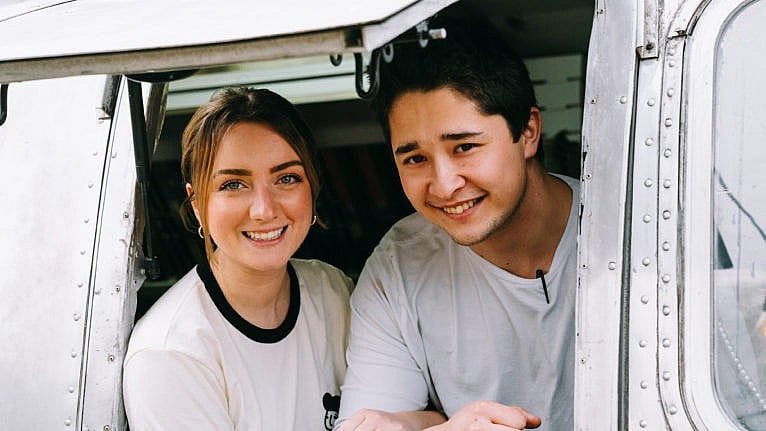 When the ramen shop they worked at closed, Madi Greyson and Kei Lowe seized on the opportunity to create something of their own (Photo courtesy Kait Rogers)

Late last summer, Madi Greyson and her partner Kei Lowes found out that the ramen shop they were working at in Tofino, B.C., was closing. They immediately recognized an opportunity to combine their skill-sets—Greyson as a manager and Lowes as a chef—to create something new: Toki Doki, a Japanese diner housed in an old Airstream trailer.

The trailer belonged to the owners of Tofino Brewing Co., close friends of the pair who had been trying to figure out a way to use the retro vehicle for six years. Despite its size, Tofino, a town of 2,500 on the west coast of Vancouver Island, is home to a rich food culture, attracting chefs from around the world inspired by local ingredients from the surrounding ocean and forests. But Tofino also has some difficult zoning bylaws—the brewery had been hoping to open some sort of ancillary food establishment in the trailer, which sits on its property, but they couldn’t get a permit. The brewery owners told Greyson and Lowes that if they could get one, they would rent the Airstream to them.

Challenge accepted. Greyson and Lowes applied for, and were granted, a temporary-use permit—a licence no one previously had thought to apply for—which allows them to operate a restaurant in the trailer for the next six years. In January, Toki Doki was officially born.

Lowes, a trained chef who was born in Sapporo, Japan, and raised on Vancouver Island, developed Toki Doki’s menu. Greyson started off as a part-time hostess a decade ago and never expected to be in the restaurant industry long term. That changed as she worked her way up the ranks.

In addition to contributing to Tofino’s foodie landscape, Toki Doki takes part in a number of initiatives to support the local community. “The biggest part of building Toki Doki was figuring out how we wanted to contribute to the community,” Greyson says. “We didn’t want to be just another business opening shop.” The restaurant is a certified living wage employer, and includes a one per cent fee on all orders, which they donate to the Tribal Parks Guardians, a program that aids the Tla-o-qui-aht First Nation in ecological upkeep and restoration. 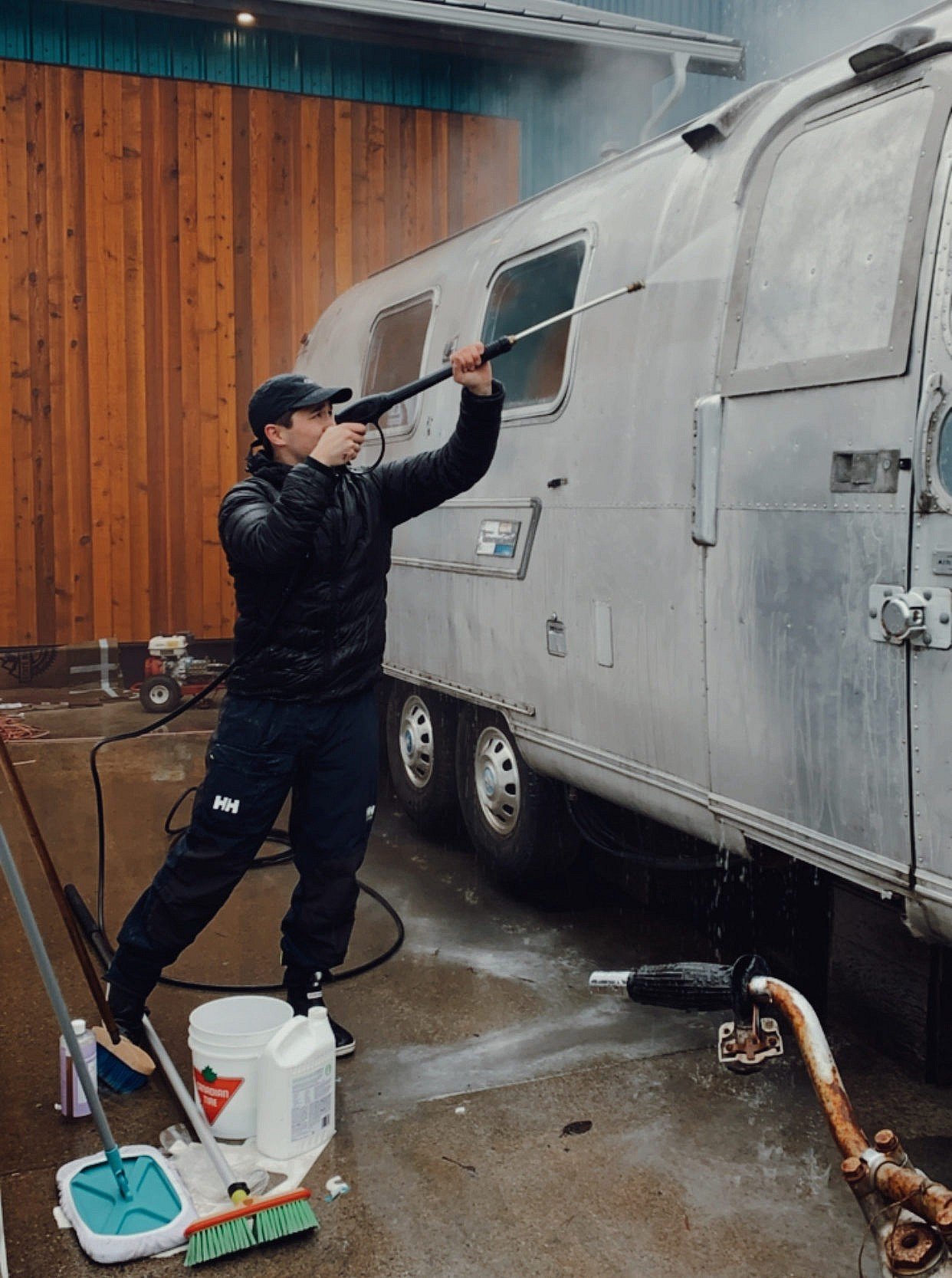 The trailer only needed minimal work to become operational—the brewery had outfitted it with a flat-top grill, an oven and a fridge. Mostly, it needed a good scrub. That suited Greyson and Lowe, who didn’t have the capital to invest in major renovations. Before launching the restaurant, they added a dishwasher, another fridge and freezer, rice cookers, deep fryers and a storage shed behind the vehicle. 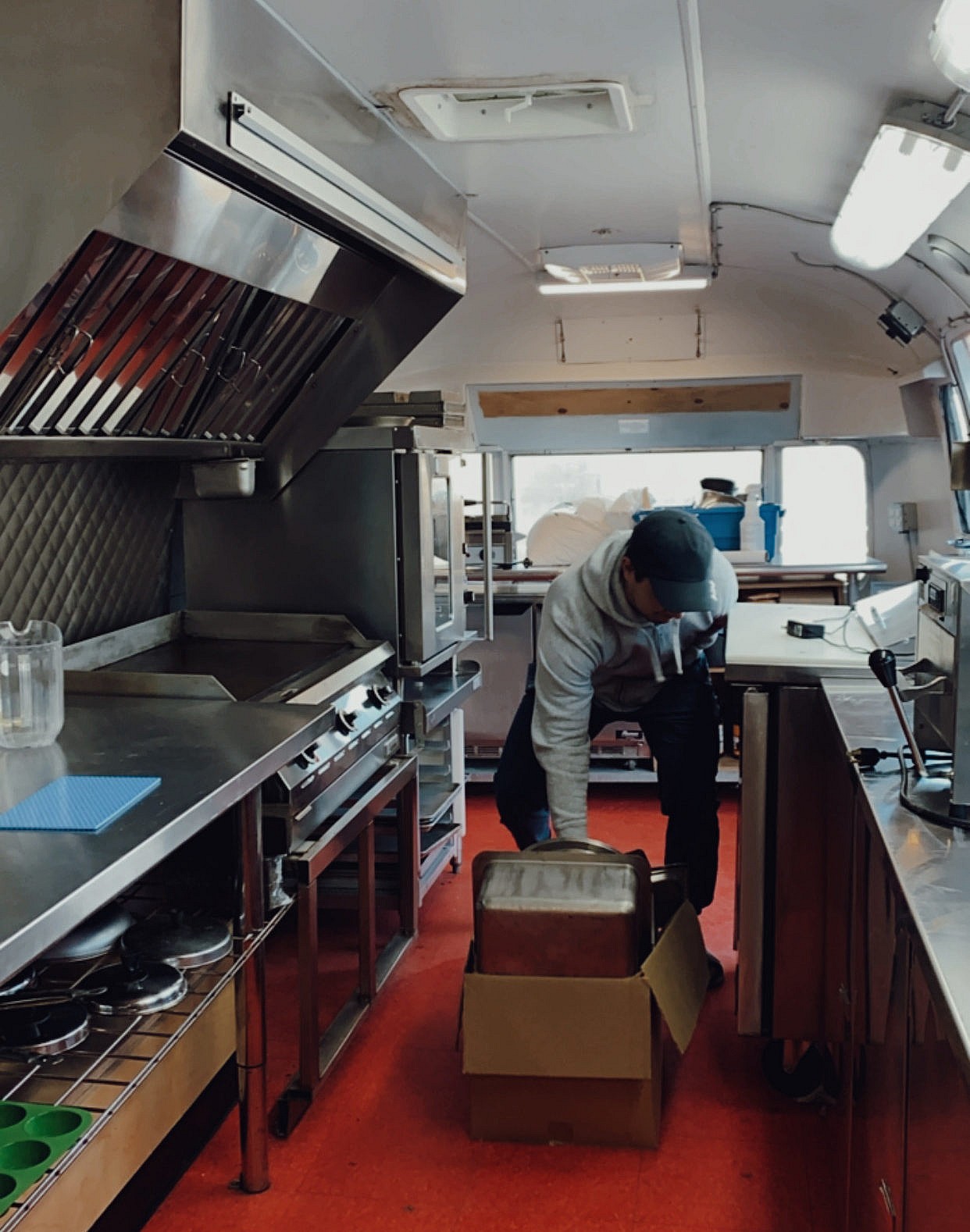 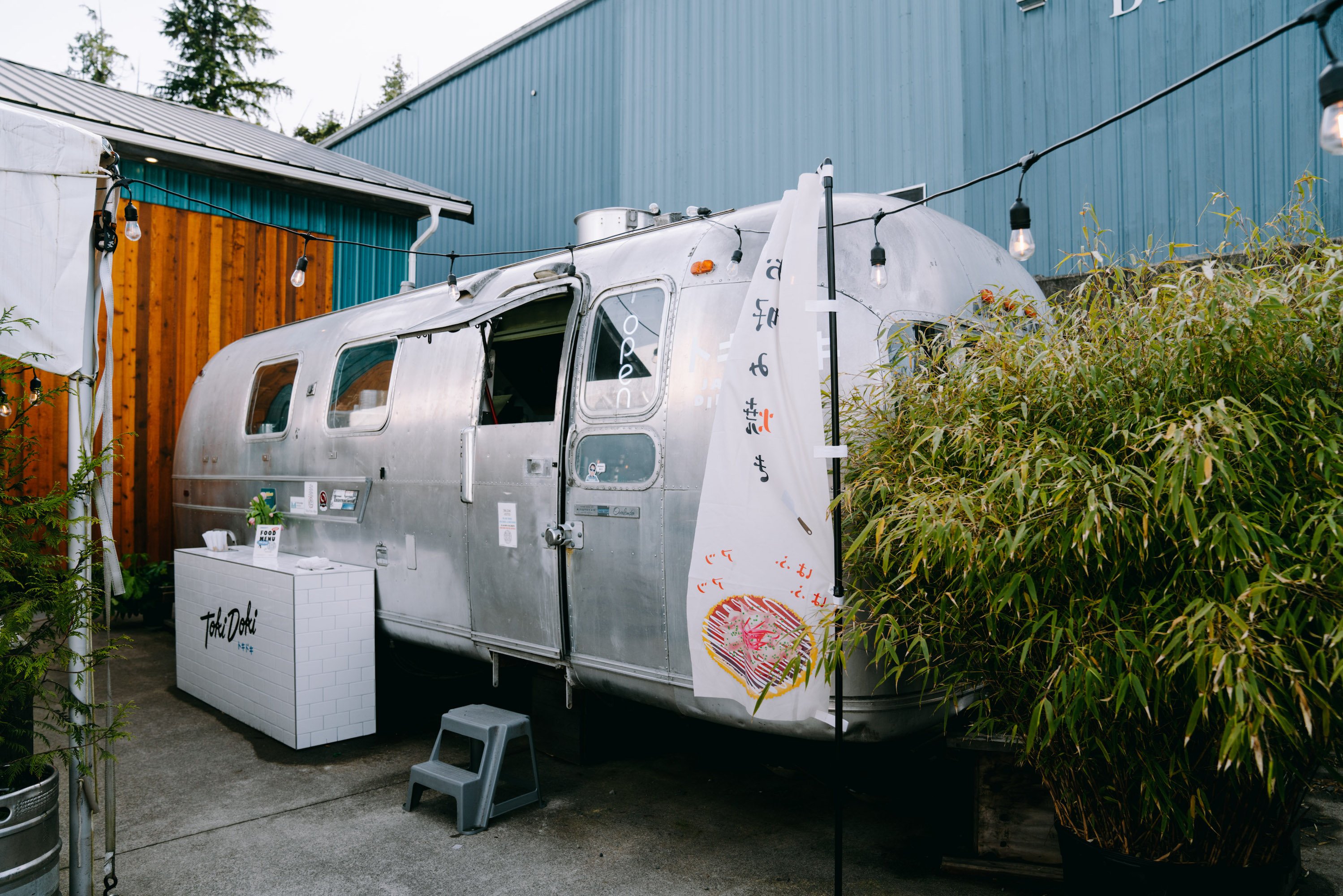 Toki Doki’s specialty is okonomiyaki, a savoury pancake made from shredded cabbage and carrot, with toppings like cheese, prawns and mayo. 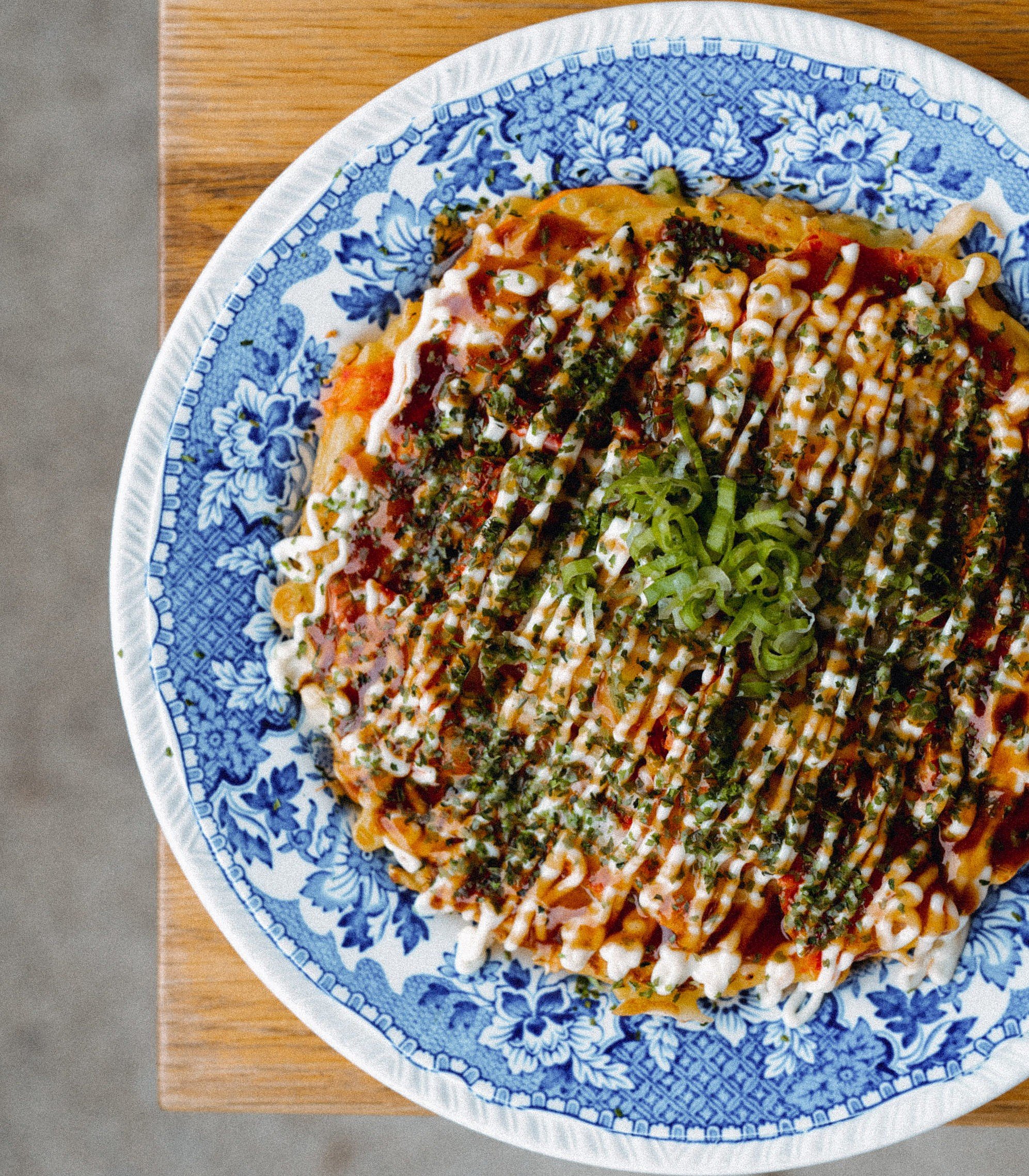 There are also other Japanese snacks meant to be paired with beer, like fried chicken and rice bowls—ideal given their proximity to the brewery. But, as it reads on one of the restaurant’s staffers T-shirts: “Sorry, no sushi here.” 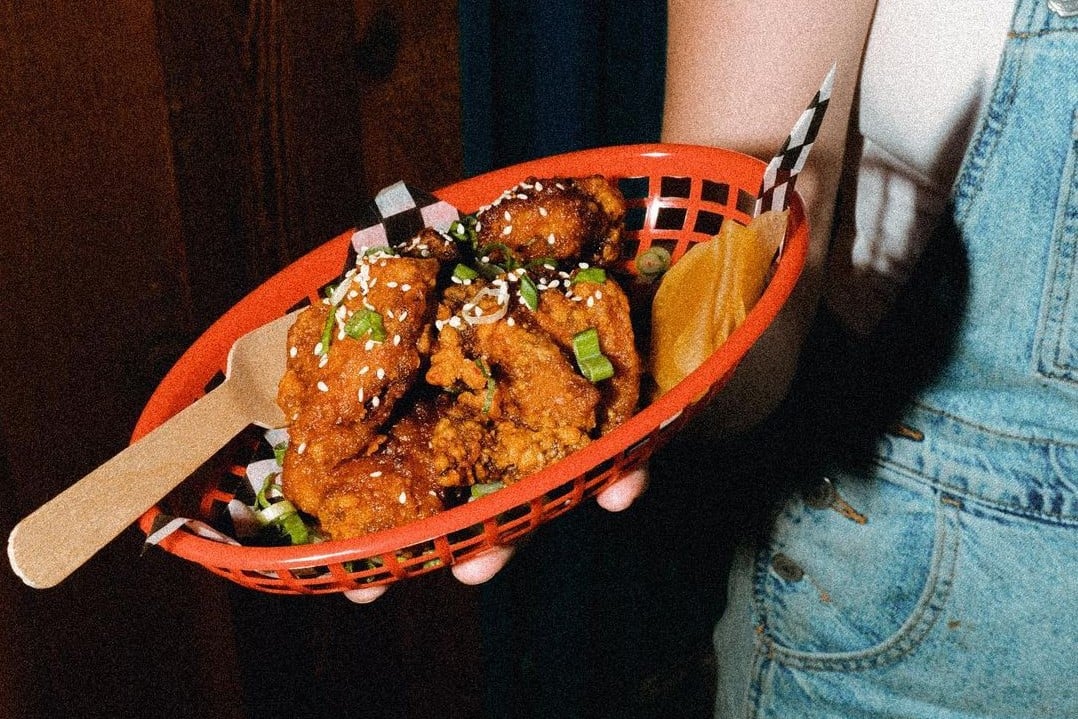 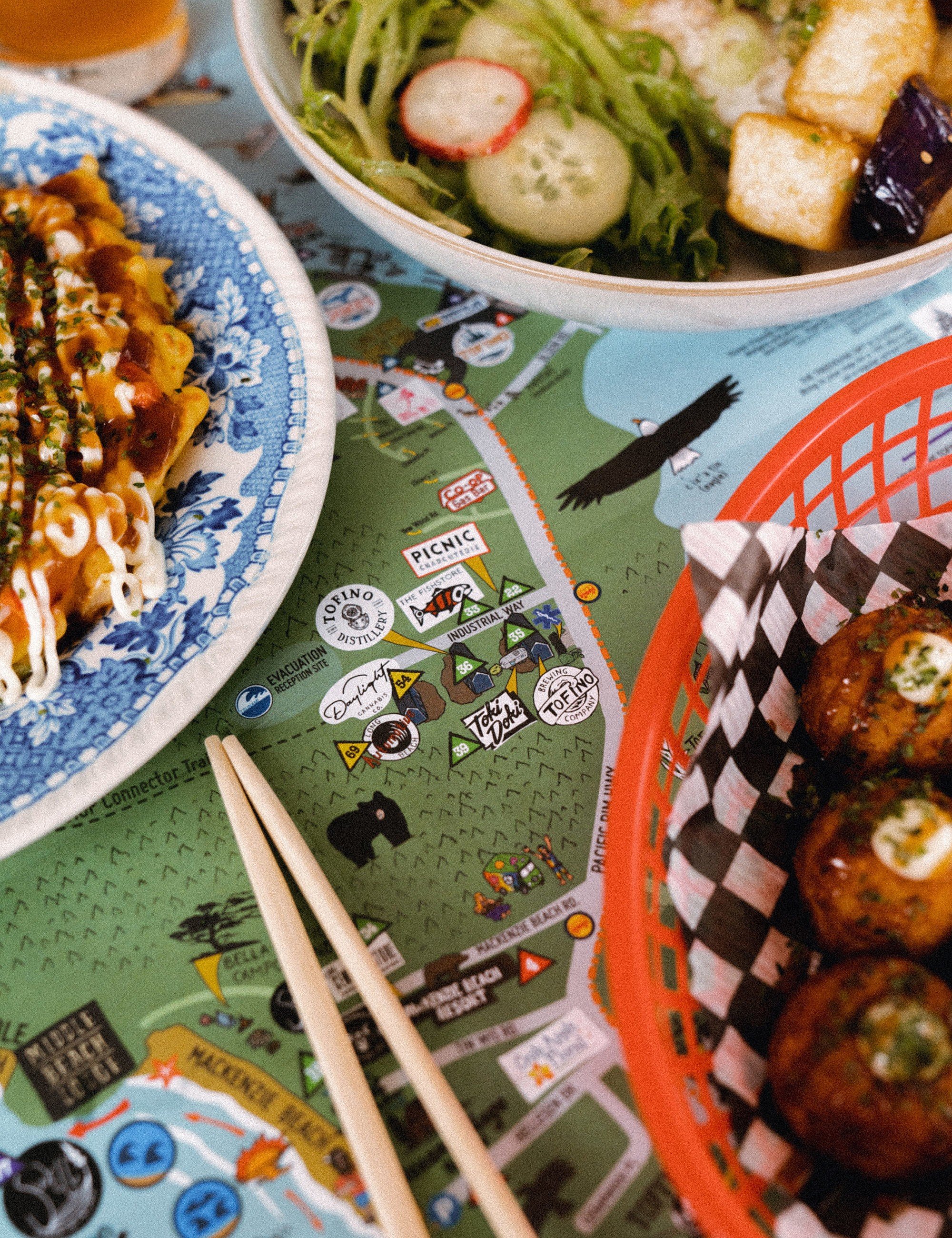 “It was a risk putting something that people may not recognize on the menu, but it was really important to us to bring something new to the area,” Greyson says. 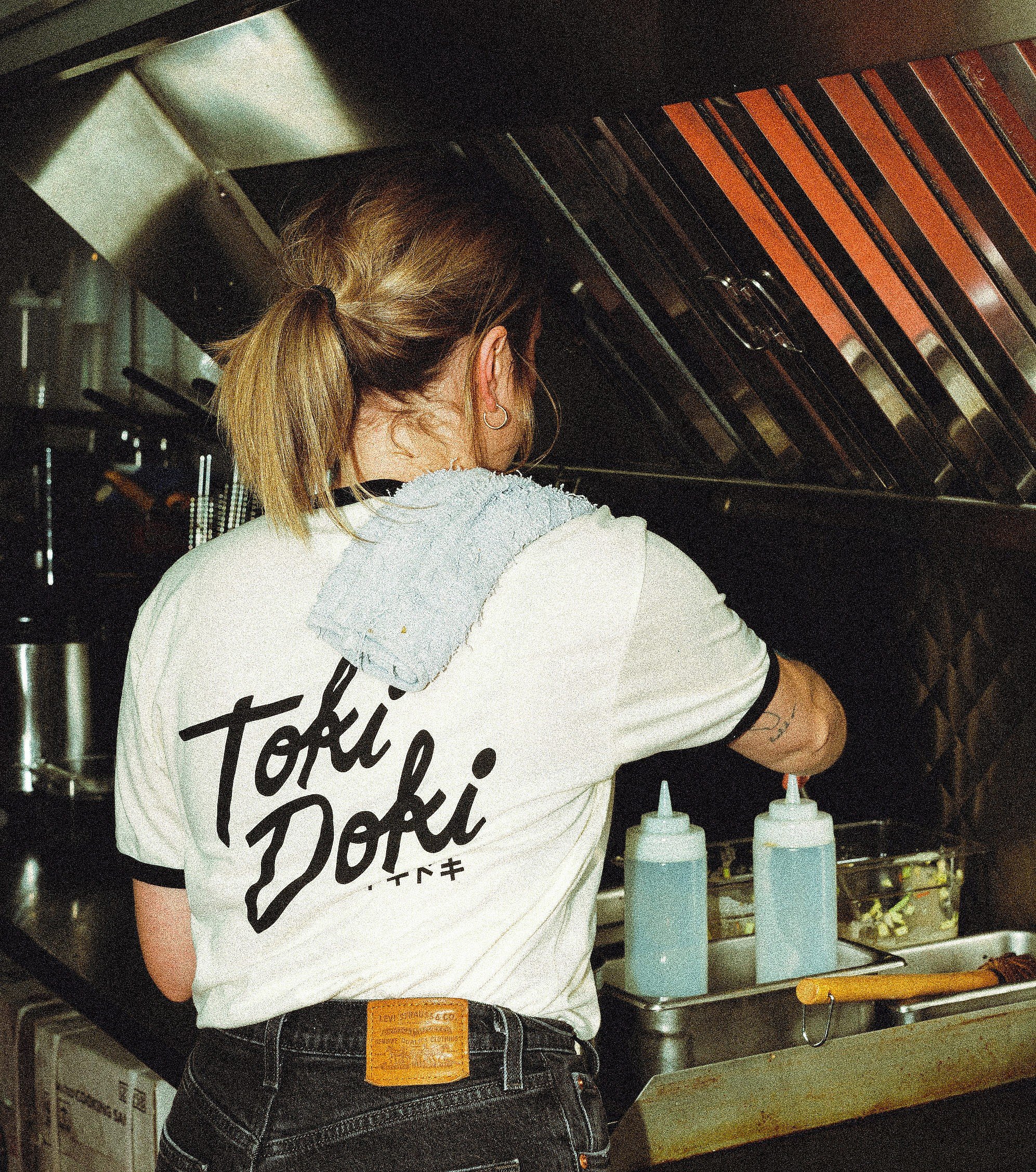