Highlights from the third day of the festival, including rubbing elbows with Chris Rock and watching Anna Kendrick power The Last Five Years to a standing ovation 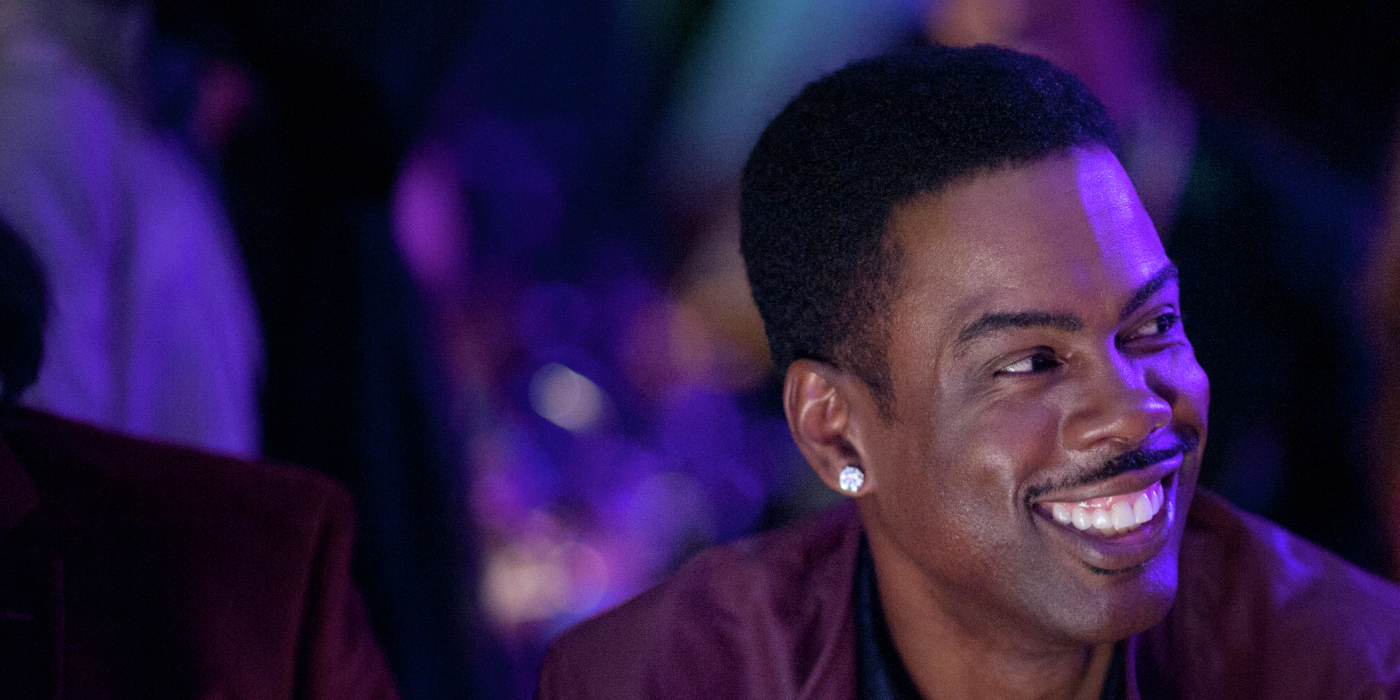 Every year during the festival, there’s always a day (or two, or five) where one wrong film selection can set off a chain reaction of poor decision-making. Saturday was such a blunder, with my strategic move to start things off early with The Riot Club at 9 a.m. resulting in a string of duds. While it’s easy to blame my own poor scheduling—why didn’t I just go straight to the Samuel L. Jackson crowd-pleaser Big Game? Fool!—I place most of the fault with Danish director Lone Scherfig. The filmmaker previously examined Britain’s class wars so delicately in An Education, but here stumbles with an uneven and ugly adaptation of the play Posh. At first stylized like a hedonistic romp through the upper-class ranks at Oxford, the film takes a poorly executed turn in the second half, all without presenting a single relatable character. If you like spending two hours with beautiful assholes—and, hey, it is TIFF—then The Riot Club may be for you. For everyone else, just re-watch Carey Mulligan’s performance in An Education.

The length and scheduling of The Riot Club led me to the second misstep of the day, Escobar: Paradise Lost. As the feature debut of actor Andrea Di Stefano, the dull feature is essentially a full-length realization of Entourage‘s fake Medellin movie—just not nearly as entertaining. While casting Benicio Del Toro as the notorious Columbian drug lord was a coup, Di Stefano keeps his most talented actor in the background, focusing more on a Canadian (yay!) played by Josh Hutcherson (uh?) who marries into the Escobar family (sure!). At the very least, it was fun to see Del Toro act circles around his young co-star—and to see yet another appearance by Brady Corbet, who has popped up in five TIFF films so far.

One wrong move led to another, as I segued from Escobar‘s poorly executed violence (no pun intended, I think) to the even uglier bloodletting of Revenge of the Green Dragons. Co-directed by Andrew Lau (Infernal Affairs) and newcomer Andrew Loo, the gangland saga may have Martin Scorsese’s name attached as producer—and a supporting role by Goodfellas‘ Ray Liotta—but it is in every other way an inferior entry in the genre. Blunt, crude and overwrought, the movie left me dispirited as I let an afternoon of movie-binging slip away.

Yet something startling happened as I sat down to watch my final film of the day, The Last Five Years. Richard LaGravenese’s adaptation of the Broadway musical sent a shock through the theatre, plunging the audience into an intimate and intense love-gone-wrong. With a blowout performance from Anna Kendrick and camera work that deftly swooped in and out of the couple’s messy romance, the film was the perfect antidote to a disappointing day in the dark. Plus, any movie that takes a pot-shot at Russell Crowe’s casting in Les Miserables deserves some sort of award.

With more studio-backed films entering the fray on Saturday, interview opportunities were rolling in steadily. The best moment of the day came courtesy a roundtable conversation with Adam Driver and Corey Stoll, co-stars of the ensemble family drama This Is Where I Leave You. While attending roundtable interviews is viewed by most journalists as a step below setting themselves on fire, Stoll and Driver were both in fine form—even entertaining a question about who would win in a fight: Yellow Jacket (Stoll’s villain in the upcoming Ant-Man) or a Sith lord (Driver’s rumoured role in the next Star Wars trilogy). I won’t dare reveal the answer.

On slightly more serious matters, though, the pair gave thoughtful answers to the ins and outs of working with such a huge and established cast (co-stars include Jane Fonda, Tina Fey and Jason Bateman) and how they can maintain thespian cred while embarking on blockbuster futures. “These are all huge-scale projects, but it’s all just playing one moment,” said Driver. Added Stoll: “It would be easy to say this is sort of a fantasy world and I don’t need to take it seriously, but I’ve had more conversations about story and character with [Ant-Man] director Peyton Reed than almost any independent movie I’ve ever done.”

Up next was an interview of a slightly different bent, as I snagged a few minutes with A.C. Newman of The New Pornographers, the legendary indie rock band formed in Vancouver a decade and a half ago. The group is touring their latest album, Brill Bruisers, a sort of “celebration record” that unites the band’s far-flung members (including Newman, Neko Case, Blaine Thurier and Dan Bejar) after a too-long hiatus. While Newman doesn’t have a film at the festival, his band is playing an exclusive Monday night set at the Festival Music House, a TIFF-spurred effort to expose homegrown acts to Hollywood producers.

“The whole experience takes me back 14 years ago to my first TIFF, when Blaine’s first movie, Low Self-Esteem Girl, got into the festival and just a few weeks before Mass Romantic came out,” recalled Newman. “We played underneath the van stuck in the wall at Citytv, while the crowds just flowed by.”

While Newman won’t have time to catch any movies while in town—the group is touring Brill Bruisers across the country—the singer-songwriter does take regular comfort in the close intersection of film and music. “You can’t help but be inspired by films. Watching something great like Jodorowsky’s Dune may not make me want to make a movie, but it does spur me to create something,” Newman said. “You can just take in other people’s genius, without even thinking about it, and be inspired by osmosis. It’s good to remember the endless possibilities of what you can do if you have access to that artistic inspiration.” 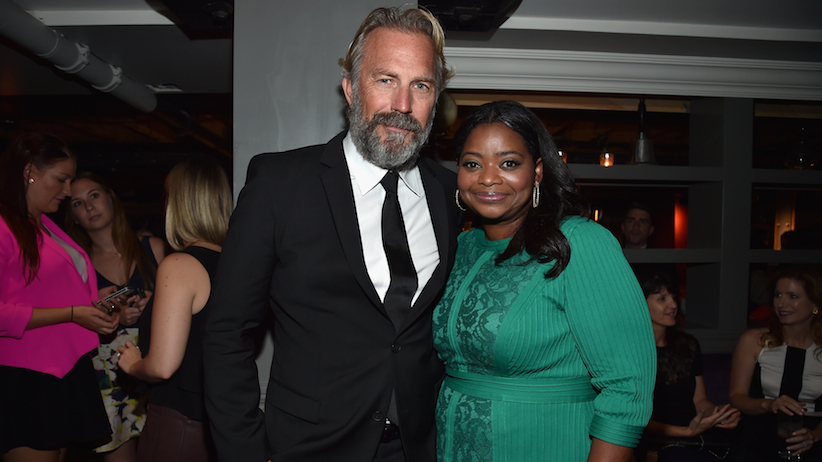 It seemed as if every other building south of Queen Street was throwing some bash or another Saturday, with whispers of buzz drawing insiders and wannabes (hi!) from one edge of town to the next. First up was the post-premiere party for Black and White, Kevin Costner’s new drama that’s been drawing praise for its edgy take on race relations. Held at the subterranean West Bar, the Nespresso-sponsored event drew a bushy-bearded Costner (perhaps readying a sequel to his Hatfields & McCoys miniseries, Fast Hatfields & Furious McCoys?) and co-stars Octavia Spencer and Anthony Mackie, all of whom indulged in the most peculiar drink of the fest so far: espresso-infused cocktails created by Moet Hennessy mixologist (oh, the titles people have these days) Jordan Bushell. If you have ever wondered what coffee and hard liquor tasted like—and never quite worked up the courage to ask your mother—well, it’s basically a sweet and salty Negroni. Whatever your tastes, there were enough mini-pizzas and sweet potato empanadas to soak up the strange brew.

A little further west, GQ and Hugo Boss took over the Thompson Hotel’s new restaurant Colette to sponsor a party for The Riot Club. While the film is, as mentioned above, difficult to swallow, I was curious to see how the cast and crew would celebrate a movie that vilifies decadence. Unfortunately I didn’t get the chance, as the party was as over-capacity by the time I arrived, and I joined the throngs of disappointed hometown guests on the sidewalk (activate the Sad Jian Ghomeshi meme!). I guess it wasn’t that hard to reject Sherfig’s anti-hedonist message, after all.

Meanwhile, up in the sky—yes—Giorgio Armani took over the CN Tower to celebrate the short-film collection Films of City Frames. While not a TIFF selection, the fashion house took advantage of the week’s schedule to draw a number of bold-face names, including Denzel Washington and producer Edward Zwick. Zwick, who hosted the screening of Films of City Frames, is also in town for Pawn Sacrifice, and took a few minutes to answer some queries about the seemingly odd collaboration between the film world and Armani. “Anyone who has been involved in the world of film for any length of time has seen the effect fashion has had on film, especially Armani,” he said. “What someone wears in a film is as much a reflection of their character as the sets, the lighting, and even sometimes the dialogue. We all, in our own lives, have some self image when we look in the mirror in the morning and try to create ourselves.”

Finally, it was off to the Soho House to celebrate the premiere of Top Five, Chris Rock’s comedy about a comedian-turned-movie star…so, basically, himself. Rock’s industry connections drew a varied crowd, with the star chatting up everyone from documentarian Michael Moore to late-night staple Jon Stewart. Other Rock-ites mingled nearby, with Rosario Dawson, J.B. Smoove and Saturday Night Live‘s Jay Pharoah sipping Grey Goose and saying presumably hilarious things to each other. I would say the party was Rock-ing, but then I would hate myself. We can’t have that happen until at least the seventh day.