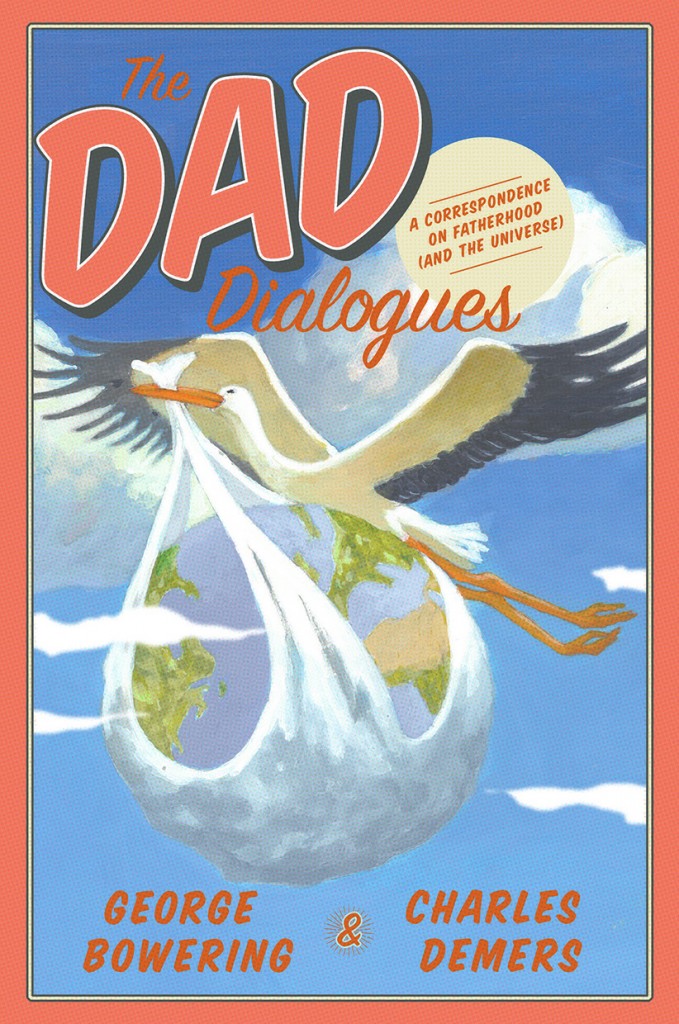 By George Bowering and Charles Demers

The “new dad” is a stock comic figure. He’s the guy who tries to ﬁlm baby’s delivery but blacks out when Junior crowns. Clueless about diapers, he relies on duct tape. Helping out, he creates wall-to-wall messes that someone else has to clean up.

As an actual father-to-be and then the beaming-but-fretful parent of Joséphine Ji Quan Ng-Demers (born in January 2014), Charles Demers updates that enduring figure in this “dad book about baby daughters,” co-authored with another prolific B.C. artist, George Bowering.

A nimble-minded comedian based in Vancouver, Demers frequently composed letters to his septuagenarian friend Bowering while on the road (performing at festivals in Whitehorse, Halifax, Ottawa and Moncton). Though witty, he’s also a self-described “catastrophist thinker by nature and nurture.” With “despairing expectations for the times” and a “propensity toward emotionalism,” this first-time parent’s states of mind run from panic-attack paralysis to exultant.

Recounting routine anecdotes that include the baby’s screeching, diaper mishaps, trips to the ER and parental quarrels during which “exhausted bitterness” is hurled, Demers’s letters do have a surface funniness. Riffing, stand-up-like, on new dad material (including bits on competitive Pacific Northwest “organic” parenting), he’s confident and amusing. It’s not just shtick, though. Strong undercurrents—of dread, anxiety, and fear—contribute the sense that funny episodes aside, parenting isn’t for the faint of heart.

In one letter, Demers ultimately decides that “having an infant is like calculus: even when it’s easy, it’s still pretty hard.” While that’s not exactly headline news, his enthusiasm sells it.

As Demers’s “fatherly friend,” who calls himself an “old fart who became a father in 1971,” Bowering adopts a gently ironic tone about being a “wise patriarch” who lived in the “pioneer days” (where communes, drumming, premium hash and astrological signs represented the West Coast status quo). The glimpses of dadhood in 1971 illustrate that other than fashion, not much has changed in nearly a half-century.

Decades removed from the new parenting roller coaster, Bowering is decidedly laissez-faire. He plainly understands that not every bump, scrape, illness, argument and mistake is an epic, life-changing disaster. Nevertheless, he’s also poignant and thoughtful, as when he tells his younger counterpart, “And you will never lose your awareness of your daughter’s fragility.”