What happened to Batman as a do-gooding doofus? 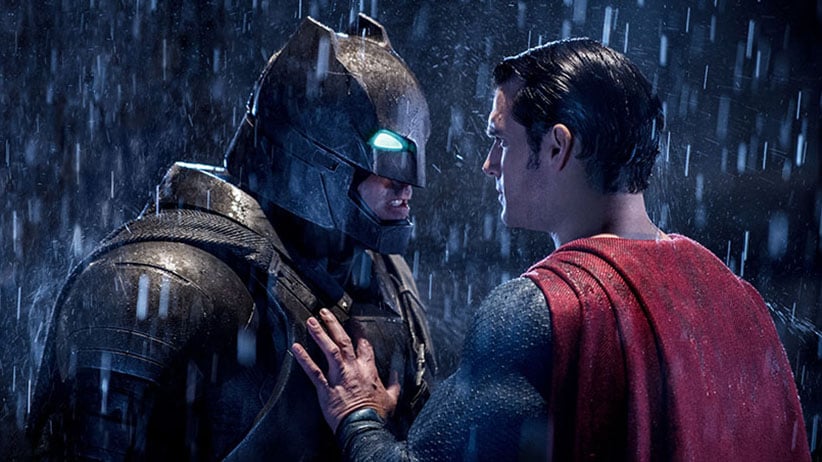 People who have seen commercials for Batman v Superman: Dawn of Justice might recognize Ben Affleck’s Batman from somewhere. The film, out March 25, portrays the Caped Crusader as a depressed-looking, middle-aged man who wears a colourless suit and fights Superman. Everything, even the look of his Batmobile, is influenced by one comic book: The Dark Knight Returns, a 1986 four-issue series by writer-artist Frank Miller. Director Zack Snyder told the website Comic Book Resources that Miller’s series was “such a big influence [on me], that I wanted to to honour him through imagery in the movie.” Some cinema superheroes draw on decades of stories, but in the case of Batman, The Dark Knight Returns may be the only one that counts.

The idea of portraying Batman as a dark, brooding character had been tried on and off since his creation in the 1930s by Bob Kane and Bill Finger. But nothing had quite the impact of Miller’s tale, set in a bad future where Batman comes out of retirement, and where Superman is portrayed as a quasi-fascist tool of the establishment. Matt MacNabb, author of Batman’s Arsenal: An Encyclopedic Chronicle, says Miller’s take “changed the way that Batman is perceived. The presentation of a grumpy, miserable and hulking aged Batman resonated with fans to such a degree that it made the entirety of the franchise quite a few shades darker.”

Along with Miller’s follow-up Batman: Year One (a gritty retelling of Batman’s origin story), The Dark Knight Returns almost single-handedly turned Batman from a children’s character—which is what most superheroes were intended to be—to a figure aimed at grown-ups.

Richard Warshak, a clinical professor of psychiatry at the University of Texas Southwestern Medical Center who also writes and lectures about Batman, says that if it hadn’t been for Miller’s take, “Batman may have remained restricted to an audience of children, his exploits below the radar screen of adults.” Brian Cronin, editor of the blog Comics Should Be Good, agrees Miller “made telling ‘out there’ or ‘adult’ Batman comic book stories possible.” This immediately led to other popular comics for grown-ups, such as Alan Moore’s 1988 graphic novel The Killing Joke, in which the Joker shoots Batgirl in the spine and tortures Commissioner Gordon.

Some have mixed feelings about what Miller did to Batman. Warshak thinks Miller’s hero “is far more compelling than the ’60s TV show do-gooding doofus,” but others find it limiting. Author Max Collins (Road to Perdition), who wrote the regular Batman comic shortly after Miller’s series came out, once complained to Amazing Heroes magazine that people would no longer accept a light take on Batman, and blamed Miller, whose work was “the ultimate expression of ‘we write comics, but we’re serious, thoughtful people.’ ”

Live-action movie directors like Snyder and Christopher Nolan love to be serious and thoughtful, so it’s not surprising that they’ve taken so many cues from Miller. His influence can be found not only in the Batman franchise, but in a TV show like Netflix’s Daredevil (based partly on stories by Miller), with its realistic violence and swearing, the R-rated superhero hit Deadpool, or any other superhero story that actively aims to exclude kids.

There have been some attempts to bring Batman back to his family-friendly roots, like the cartoon The Brave and the Bold, a tribute to silly Batman adventures of the 1950s which ran from 2008 to 2011. Most viewers and readers, however, seem to prefer The Dark Knight. Miller is currently in the middle of co-writing and co-drawing a new limited series set in the same universe, The Master Race. It’s selling so well that another sequel has already been announced, along with spinoffs and tie-ins.

That means 30 years after it came out, The Dark Knight Returns is still gaining influence. “You could easily argue that it also led to many knock-offs,” Cronin says, but Miller’s success “more than outweighed the negative impact of all those weaker writers trying to copy him.” The question that remains is whether Ben Affleck and Zack Snyder are among the strong imitators, or the weak ones.