What the summer camp nurse saw 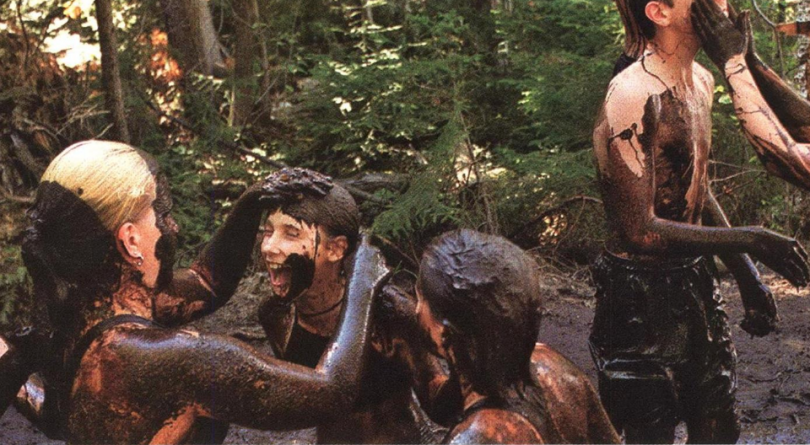 The phrase summer camp typically brings to mind campfire singalongs, canoe portaging and skit nights. For Tilda Shalof, who has spent her past six summers as a camp nurse in Ontario’s cottage country, those memories include a hand severed by a meat cleaver, viral vomit-spewing, kids off their ADHD meds, counsellors requesting a morning-after pill, and hovering parents. She tells all in Camp Nurse: My Adventures atf Summer Camp. The book, less exposé than fond remembrance, provides a rare fly-on-the-infirmary-wall view of a Canadian rite of passage—as well as a postcard of modern childhood.

Shalof has chronicled the dramas of nursing before in her acclaimed A Nurse’s Story and The Making of a Nurse. Still, her 23 years tending to the critically ill in Toronto General Hospital’s intensive care unit didn’t prepare her for the quirky challenges of camp nursing, which range from wilderness seizures to homesick hearts.

The self-described “city girl” had never been to camp. “Jews and canoes simply don’t mix,” her father told her. But at age 44, she decided to barter her nursing skills so her two boys, Harry and Max, could go. Their first camp was run with a loosey-goosey socialist-utopian philosophy (cabins were named Friends, Fellows, Comrades). Shalof wryly recounts her horror at finding antiquated medical equipment and general squalor—Band-Aids surfaced in the stew, the septic system was toxic and rusty nails stuck out of the dock. “It was a dump,” she writes.

Their second, with its posh country-club amenities, strict rules and an infirmary superior to hospitals in most developing countries, offered stark but not always soothing relief. It was in “the business of fun,” writes Shalof, who has changed all names. (To her surprise, the injury rate was the same as at the lax-rules camp.) Adding to her workload were helicopter parents who sent fretful letters with their children: “Wayne doesn’t like to be touched,” read one. “Must carry bug spray at all times. He worries about West Nile virus . . . Does not respond to sarcastic tone . . . drinks only cold water.” Another was more alarming: “Darren had an isolated case of hysterical blindness. But has experienced a complete cure. Stress-related.” Children with no known allergies arrived with EpiPens for anaphylactic shock, just in case. Some days, she spent more time reassuring parents on the phone than interacting with their kids.

Never a pediatric nurse, Shalof faced a learning curve. One-third of campers came with some sort of medication—from anti-depressants to desmopressin for bedwetting to “natural” remedies such as St. John’s wort: “as many meds as I had seen on some of my very sick hospital patients,” she writes.

As “Nurse Tilda,” Shalof also eased the trials of camp life for urban kids—stresses of communal living, Internet withdrawal, even the shock of nature. She recounts her tender attempts to help campers grappling with challenges such as anorexia, self-cutting, and the death of a parent.

Camp Nurse champions camp as an important escape from urban life and from parents, a benefit ironically that her own boys didn’t experience. “I see them from afar,” she says. “It’s this unwritten rule they won’t approach me.” She came to appreciate the “intimacy” of camp life: “There’s a lot of hugging,” she says. It also offered a safe incubator for burgeoning sexuality, she says, quick to note only counsellors, not campers, have sex. The worldliness of teenage girls surprised her: “It was so much more innocent in my day with first base, second base,” she says.

The book also provides a glimpse into an underappreciated profession. When one of the kitchen staff at one camp cuts his hand off on a meat slicer, a concerned Shalof accompanies him to a hospital only to be reprimanded for leaving paying campers unattended. When a norovirus spreads through one camp, she uses the protocols established by Dr. Sheela Basrur, Toronto’s officer of public health during the city’s 2003 SARS crisis.

Shalof, who plans to return to camp this summer, emerged with new wisdom. A child with a stomach ache who can jump up and down probably doesn’t have appendicitis, she writes. As for homesickness, which she defines as “a yearning to be at home within ourselves,” the cure is camp itself, she writes, “because at camp you can learn everything you need about finding your way home.” That’s very clever: an antidote for campers that’s also effective for their fretful parents.