Maclean's most festive writers made their picks. Help us pick the best tune in the most crowded musical genre in the world. 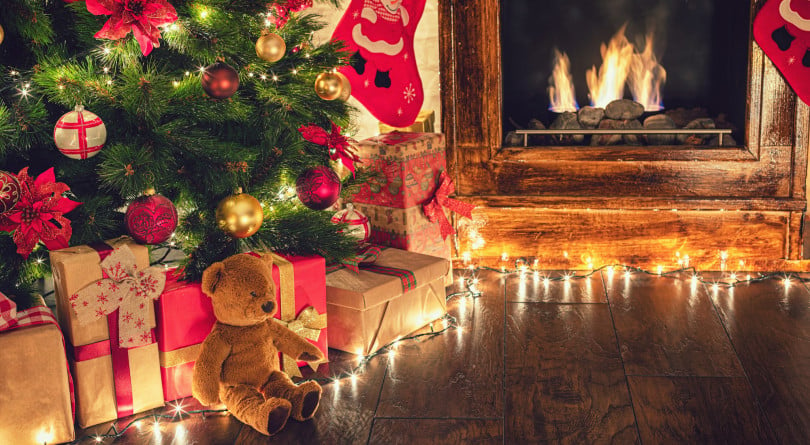 Imagine this scene, but with Christmas music playing softly. (iStock)

In keeping with the season, we’re staying positive here at Maclean’s. We’ve enlisted our least humbug-ridden writers to champion their favourite Christmas ditties. And we’re asking you to crown a champion by ranking our picks below. We have six entries, which means we’ve left out about 4,000 songs. We know you won’t hesitate to tweet us what we’ve missed. When you’re fighting over your faves, just please be kind. Every time you’re mean, a reindeer cries.

Click here to skip straight to the ranking, or read each nomination below.

Christmas music is a ghetto of over-decorated gingerbread houses. Almost every holiday song is a sugar-coated confection of an idealized version of some too-perfect-by-half fairytale about Santa, family, presents and love.

But Christmas isn’t like that. And we all know it. It’s always a mixed bag of joy and sadness, relief and tension, hope and disappointment. Which is why “Christmas Time is Here Again” by the Vince Guaraldi Trio is easily the greatest Christmas song of all time.

You may not know the name—nonetheless, you know the song almost by heart. It was composed in 1965 for the now classic A Charlie Brown Christmas TV special, and the first few jazzy notes immediately invoke in you a sense of peace, longing, sadness and hope. The song is simultaneously simple and complex, cheerful and melancholy. You are reminded of Christmases long gone, of the dark stillness of winter, of the joy of children opening presents, of loved ones you won’t ever see again.

This song stands apart from every other as being a perfect and honest expression of a season we all find so difficult and complicated, and yet love nonetheless. It is, simply, the best Christmas song of all time.

Before I ever heard this carol, I was a dyed-in-the-wool skeptic of organized religion. I was just not willing to take my opiate for the masses. Besides, all my Catholic friends complained about their guilt-ridden psyches. But then I heard “O Holy Night”, a song so profoundly beautiful that it converts me on the spot, for the length of virtually any performance, to a full-fledged believer, ready to sin just so I can confess.

“O Holy Night” is the lyrical equivalent of walking into the world’s most beautiful cathedral, buttresses flying high and stained glass gleaming as brightly as the Star of Bethlehem. Any seasoned performer harnesses the power of the tune to break through even the scratchiest, tinniest clock radio. The song’s crescendo, a mere five seconds, give or take, of soaring ode to divinity, is the reason most people attend Christmas concerts in the first place. It’s the one song no performer can afford to mess up.

When OHN ends, I always return to Earth and all its cynicism, because the world is a rough place. But for a few minutes every year, you’re damn right I fall on my knees and hear the angel voices.

I’ll Be Home for Christmas

Nobody sounds more like Christmas than Bing Crosby. And no holiday song evokes nostalgia and melancholy in equal measure better than “I’ll Be Home for Christmas,” circa 1943.

It was written from the point of view of an overseas soldier imagining snow, mistletoe and presents. But most of all, imagining being home. “If only in my dreams.”

During the Second World War, Americans embraced the recording. It became the most-requested song in soldiers’ entertainment at Christmas, and a military magazine credited Crosby for contributing more to military morale than any other individual during that era.

Just as the yanks rolled with the nostalgia, the Brits fretted about the melancholy. BBC Radio banned the song because it was thought the tune would make people too sad. (During the Gulf War, the broadcaster would go on to ban John Lennon’s wistful “Imagine,” so the bar seems to have been rather low.)

But the most beautiful thing about the song, and what makes it an enduring classic, is the fact that war is never mentioned in the lyrics. They are simple. One-size-fits-all. But they still feel personal, at least if you grew up decorating Christmas trees in snowy environs.

It’s like when the message on a slip of paper in a mass-produced fortune cookie really speaks to you. I’m no soldier, but Bing’s honey-toned “you can plan on me” makes me want to run home to mom and dad just the same.

All I Want for Christmas is You

There are Christmas songs crooned by pop stars in some recording studio in July where you can basically hear them mutter, “Can I have my cheque now?” before the last mailed-in verse.

“All I Want for Christmas is You” is the polar opposite of that. It is the impossible: a towering new classic entry in the most crowded musical genre on earth.

From those first tinkling notes—the soundtrack of sneaking downstairs on Christmas Eve to see whether the big guy has arrived yet—to the bouncy jingle-bell percussion and Mariah’s acrobatic vocals, this song brings it.

It is a pair of fuzzy new pyjamas, a steaming mug of cider, a crackling fire, the soft-focus constellation of a lighted Christmas tree rendered into song form. I guarantee you that when Mariah recorded this, she was wearing a cozy fur muff made of live bunnies who had not been trained, but simply chose, to wind themselves around her dainty wrists and festively manicured fingers after she Snow White-cooed at them.

You cannot be angry or sad or impatient listening to this song. Allow Mariah and her magical Christmas bunnies to carry you away to a land of sugar plums, candy cane-striped socks and obscenely decadent holidays in Aspen that you make sure to post to social media.

God bless us, every one. But especially Mariah.

Have Yourself a Merry Little Christmas

The crescendo at the end of the commonly sung version—“Hang a shining star upon the highest bough”—is the hideously tacky ornament on a tree hastily redecorated at Frank Sinatra’s order. Before recording the tune written for Judy Garland in 1944’s Meet Me in St. Louis, Sinatra demanded the songwriter revamp the gently bittersweet and hopeful lyrics into unadulterated treacle for his A Jolly Christmas album. The “shining star” line replaced, “Until then, we’ll have to muddle through somehow”—a line that reflects the anxious moment for the film’s Smith family, and for many resembles the quiet struggles which Christmastime masks with tinsel and mulled-wine buzzes.

More egregiously, the Ol’ Blue Eyes-ordered rewrite changes the whole song to present tense, from future. Garland’s recording goes, “Next year all our troubles will be miles away,” not “From now on our troubles will…” The song was intended as a musical wish for a rosier future, not a celebration of how great everything is. Because often it’s not, as much as the modern version bids to gloss over everything.

Let Sinatra do it his way. Close your eyes, channel Judy, muddle through this little Christmas and hope for a better 2020.

This is an excerpt from a longer piece. Read the rest here.

Fairytale of New York is the best Christmas song.

You may disagree. Perhaps you have never have heard it. Or you may prefer another tune. Some people love Silent Night, or Little Drummer Boy, All I Want For Christmas, or Merry Christmas Baby.

Fairytale is trying to do more. It is a tragedy in four minutes and thirty-three seconds. Its subject—the love and suffering of two miserable Irish immigrants in New York—packs more punch than the subject of other holiday tunes.

Most Christmas songs—even the best ones, like White Christmas—offer a mild seasonal balm. They celebrate the warm feelings of the holiday, capture a yearning for family, home, faith, the traditions of the holiday.

Others, like All I Want For Christmas, are loves songs in disguise, and can’t really be called Christmas songs, any more than Die Hard can be called a Christmas movie.

Fairytale of New York is the only tune that gets at the heart of the season, celebrating the bonds of love that are especially strong at Christmastime, because it pulls at our heartstrings, shocks us, makes us experience something on an emotional level that is rare for a pop tune.

You tell us: What’s the best Christmas tune?

Use the drag-and-drop tool below to make your own list. Scroll for more options.