Why Granta dedicated an entire issue to Canadian writing

The British literary journal's all-Canadian issue—of essays, reportage and fiction—may well prove as eye-opening at home as it will to Granta’s international readership 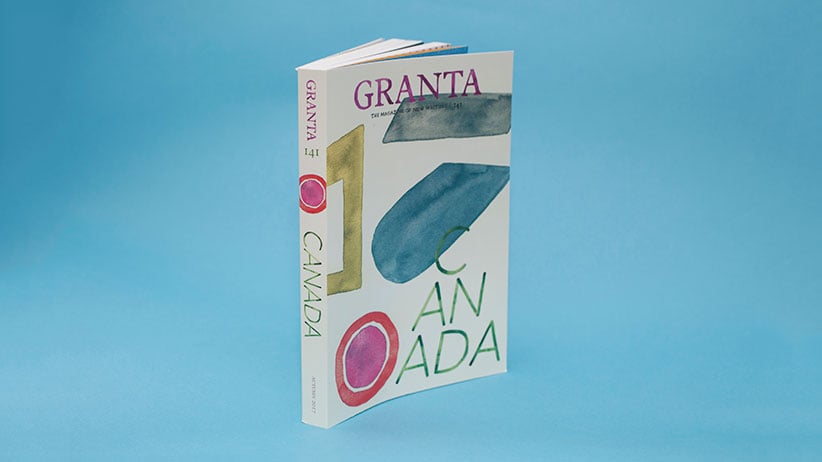 It was a good 15 years ago, recalls Rosalind Porter, the Canadian-born deputy editor of the British literary journal Granta, back “before I even worked here,” that a Granta editor told her the magazine had “a CN Tower-like folder” of Canadian writing it wanted to highlight. “But the timing never felt right until I pointed at the 150th anniversary of Confederation.” The result is Granta’s current autumn issue. Entitled simply Canada, its 28 short pieces—essays, reportage and fiction—from writers well-known and more obscure (especially to English Canadians)—may well prove as eye-opening at home as it will to Granta’s international readership, “whose idea of Canadian literature,” Porter says, “is Margaret Atwood and Alice Munro.”

v
That it took a sesquicentennial to kick-start the project is entirely fitting for CanLit. Anniversaries are always valuable moments in a nation that has fewer unifying symbols than most. Just as dozens of Canadian towns can date their arenas to Centennial celebrations 50 years ago, the country’s 150th is pretty much all CanLit has for a universal theme. For decades, cultural nationalists, primarily by focusing on English-language writing, have struggled to cast the nation’s literary production into a linked body of work. But the current consensus is to just give it up: CanLit is a useful branding tool on the international literary scene, but at bottom it describes writing so diverse—including linguistically—that it is connected by little more than the birthplace or residence of its creators.

The autumn issue’s guest Canadian editors, Madeleine Thien, who won the 2016 Giller Prize, and Catherine Leroux, who was one of the other nominees, did ﬁnd something, though, when they ploughed through the 1,000-plus submissions. It took only “the first 10 pieces or so,” Thien says, before “language leaped out as the unifier.”

And as the divider: the nexus between thought, feeling and expression is not “cohesive” in this country, Thien adds, home not just to anglophones and francophones but to speakers of 60 Indigenous languages. “Whether in English or French,” whether crafted by authors like Naomi Fontaine—“who lives between Innu-aimun and French”—or by a unilingual author, whether making a political point or “pushing a lot of literary boundaries,” the submissions were all self-conscious in their use of language. It’s not surprising given Canada’s cultural traditions. Thien and Leroux, both prominent female writers in Montreal, had never met before the Giller brought them together last year, because they work in different languages.

That theme is stark, and arrestingly expressed in Fontaine’s essay, Tshinanu. The Quebec City writer speaks two languages, but “only one is mine. I am not an immigrant, but I live in a city where no one speaks my language.” The linguistic frontiers described by Acadian writer France Daigle in What Is It That Hurts? are far more permeable but just as central to her life. Acadian literature, which first came to international prominence in 1979, when Antonine Maillet won France’s Prix Goncourt, is having another moment in the sun. I Am a Truck by Michelle Winters, in which characters move seamlessly between French and English, is a finalist for the Giller. But the same linguistic fluidity that impresses literary judges inspires thoughts of cultural “hurt” in Daigle. It has always stung her to hear, in her hometown of Moncton, N.B., her ancestral French processed and expressed through English idiom and syntax; more recently she has noted Acadian-flavoured English increasingly spoken by native anglophones. When she tells such speakers that her initial assumption was that they were Acadians, they “sort of freeze up, or at least show some discomfort.” Language, so central to identity, is never simple in this country.

The issue’s fiction, as Thien happily points out, is far more playful than overtly political in its linguistic experiments. And the more intense the writer’s exploration of the very idea of human communication—forget mere miscommunication—the more their stories stand out. Jewels in the Granta collection include Johanna Skibsrud’s The Rememberer, The Book Tree by Larry Tremblay and Alexander MacLeod’s brilliant Lagomorph. The last is suspenseful, moving and, at times, hilarious: “I need this rabbit to find words,” thinks the unmoored narrator, alone in the world except for the family pet. “I need him to speak, right now, and tell me exactly what the hell is happening.” No rabbit, or human for that matter, will ever be able to tell exactly what’s going on in Canadian writing, but Thien and Leroux have given it an exquisite try.

Read “The Rememberer” by Johanna Skibsrud.