Why outer space dramas fail on the small screen

A lack of reality kills them in the ratings 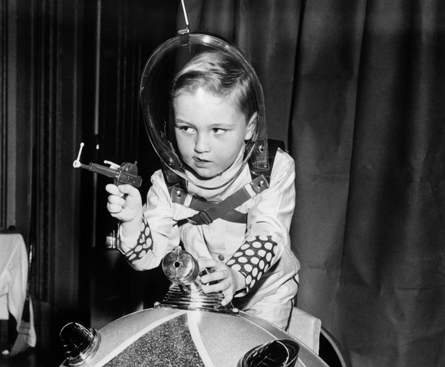 Aside from Fox’s quick-to-die Firefly, no mainstream U.S. network had put a full-on outer-space science-fiction drama in its lineup since the original Battlestar Galactica in the mid ’70s. That was until ABC took a gamble this summer, buying 13 episodes of CTV’s Defying Gravity, which focuses on eight astronauts sent on a six-year mission to visit all the planets in the solar system. The show had all the makings of a hit: good actors, an intriguing storyline and glossy production values. And coming off the success of Flashpoint—the Toronto-based cop drama that had proven a hit with U.S. audiences—CTV had become the go-to network for innovative programming.

But hopes plummeted when the ratings came out. The two-hour premiere barely eked out 3.6 million viewers in the U.S.—reruns of Cold Case and Without a Trace earned nearly double that. And while Defying Gravity, which airs on Friday at 10 p.m., has done markedly better in Canada, averaging 660,000 viewers, no one is talking about a fast renewal à la Flashpoint.

It’s a pity, because the show has improved with each episode. Set in 2052, Defying Gravity intertwines romance and drama with an as-yet-to-be-explained mystery involving why those eight astronauts were chosen for the mission. Producers streamlined the complicated and convoluted flashbacks that were a distraction in the pilot, giving the show a crisp yet beautifully-shot appearance. And the special effects are top-notch. But costly. In an era of cuts, it is hard to justify spending big bucks on a show, when low-budget reality shows like Big Brother 11 pull in much higher ratings.

The biggest problem, however, is setting the drama in futuristic outer space, says Rick Norwood, who writes extensively on science fiction when he isn’t teaching mathematics at East Tennessee State University. The Star Trek philosophy in Defying Gravity that “America would move forward towards a world government, peaceful exploration of space and prosperity” doesn’t resonate with many Americans, he says. They feel that the world is changing too fast and society needs to slow down. As a result, shows like the recently re-imagined Battlestar Galactica perform poorly in the ratings, despite garning acclaim from critics. The most successful genre of sci-fi on TV are based in present day earth (Fox’s Fringe and ABC’s Lost) Norwood says. They have an otherworldly ethos to them while remaining comfortingly grounded in today’s reality.