The real threat in the U.S. election

Author Jane Mayer on the Koch brothers, the U.S. political right and the future of politics in America 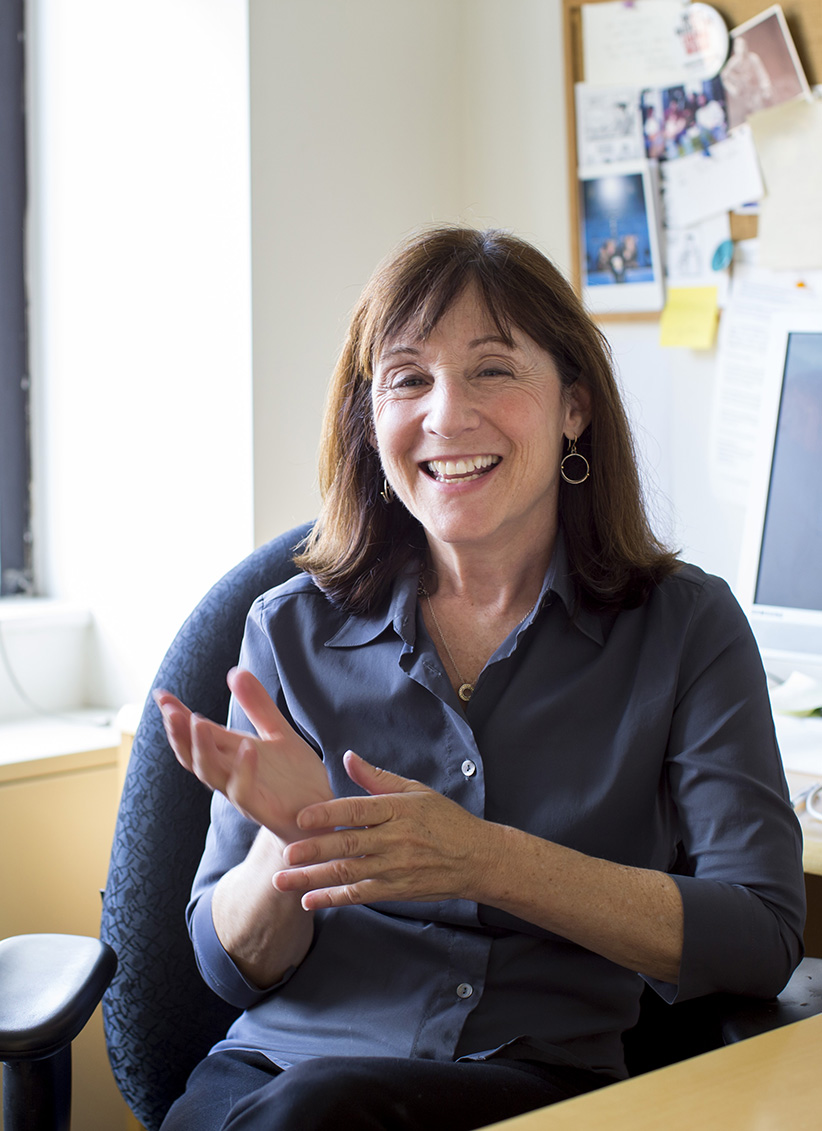 Donald Trump is the surprise nominee on the top of the Republican ballot this year, but it’s status quo at the helm of America’s right. A clutch of wealthy conservatives have unparalleled influence among top Republican politicians—and their ideas have been seeded by think tanks and academics those same businessmen have funded, writes Jane Mayer in Dark Money: The Hidden History of the Billionaires Behind the Rise of the Radical Right. At the top of this tangle are the Koch brothers, the industrialists behind Americans for Prosperity, the Heritage Foundation and other groups bidding to reshape American policy. The Pulitzer-winning Mayer is speaking Sept. 23 at University of British Columbia’s Lind Initiative series on U.S. politics.

Q: You write that who wins or loses presidential elections isn’t the best measure of the power of big money. What is?

A: Barack Obama was elected President in 2008 and re-elected in 2012. The natural thing would be to suggest money on the right [wing] doesn’t really matter that much. The first thing you have to know is that the presidential elections are the ones where it’s most difficult for money to hold sway, in that they’re the most public elections. Money has much more power down the ballot. The smaller the office, the more power individuals with big money have. What I write about is how much influence it’s had in things like state legislatures and governorships and congressional races. The other thing that’s even more important in the long run is that very extreme money has affected the ecosystem of ideology in the country. There’s been a 40-year effort on the far right to build up think tanks, academic programs, advocacy groups, to push a particular ideology. That’s really where the impact is that people don’t see.

Q: According to a Harvard study you’ve cited, two brothers, David and Charles Koch, have financed 76 per cent of all new conservative Republican organizations since 2002. What sort of influence and ideology are they inculcating into American life with that?

A: They are pretty much as far right as you can get on the ideological spectrum without falling off. They are far right libertarians, very anti-government, very pro-business, very anti-tax, anti-regulatory, in favour of free markets ruling the day.

Q: Given that degree of influence, what room does that leave for rival points of view in conservative politics?

A: This year we’re seeing a really strange upending [of the party]. The money was coming from these super-wealthy donors who were really on the far, hard right, people like the Kochs. So the party and the candidates moved so far to the right that a lot of people who don’t share their point of view were unhappy. So you’ve got these regular, middle-class voters who don’t hate the government as much as the Kochs do. They’re Republicans, but they still want government programs. They want Social Security, they want Medicare. They need it. Trump comes along and is singing a different song. He says, “I don’t need your money; I’m rich enough on my own to run.” And he says, “I think we need these programs.” And, lo and behold, a lot of Republican voters liked what he said.

Q: Are others on that side staying with the Kochs?

A: The great unknown in this country is where this leaves the Republican Party after this election. Will it be the party of the Kochs or will it be the party of Trump? The Kochs are very much involved in this election, not backing Trump but backing everything down the ballot from him. They’re pouring money into capturing the Senate and the House of Representatives, and state Houses across the country.

Q: But has some of their seeding of the anti-government ideology helped seed the Trump phenomenon?

A: I would argue that there’s been a backlash this year. They pushed the party too far right. The other thing that the backlash is against is the sense that politicians have been bought and sold. So in a strange way, even though Trump is a billionaire, what he’s been saying is, “Everything’s rigged, it’s all corrupt and I’m not corrupt because I’m my own billionaire.” Both Trump and Bernie Sanders made a lot of hay by making that argument.

Q: There’s a lot of speculation about whether the Kochs would try to press Trump with their money and hope to sway him. Why haven’t they tried to have a horse in this race?

A: Well, they hate big government; he actually is a pretty big-government conservative. He doesn’t see eye-to-eye with them on trade. They want free trade and cheap labour. They own the second-largest private company in America, which is a huge multinational corporation. So they are on a different wavelength.

Q: Do you see any potential for the two sides to reconcile?

A: Yes. One of the oddities of this election is the man that Trump chose as his vice-president, Mike Pence, is one of the Kochs’ favourite politicians. In fact, Charles Koch tried to get Pence to run for the White House in 2012. There are some areas where the Kochs are on the same page with Trump. He doesn’t believe in global warming. He says it’s a hoax . Trump has put forward a list of people he would like to see on the Supreme Court, whom the Kochs would be very happy with too. So it’s not all bad for them.

Q: Are wealthy contributors on the left, like the George Soroses and the Tom Steyers, picking up some of these Koch tricks?

A: They’re certainly trying. There’s not as much big money on the left, but you’ve got George Soros, who has the Open Society Institute. He’s pushing liberal policies. And Steyer is specifically spending money on candidates who will take action against climate change. But there’s a difference between those two and the Kochs that I think is important. The book that I wrote is called Dark Money, and it’s about secret spending that is very hard to follow. Soros’s whole thing is about government transparency, so he spends very much in the open, and the same with Steyer.

Q: The book, I found, isn’t the most soothing reading before bed.

A: I kept thinking maybe in the future editions I should sell it along with, like, some kind of, you know, Pepto Bismol or something. I wanted it to read a little bit like a thriller, so that it truly grabbed people. Because let’s face it, the subject of campaign finance is not always scintillating. But it’s incredibly important.

Q: Are there solutions to the Koch money machine? You call it an octopus.

Q: How do you kill the Kochtopus?

A: The Kochtopus is the nickname that people who’ve worked for the Kochs came up with because there’s so many tentacles and it likes the shadows. I really feel the first step is to provide the information. If you have an informed electorate, it makes great choices. And there have been waves of reform in the past. I see no reason why they wouldn’t happen again.

A: The concern that I have is that, as wealth continues to concentrate in the hands of a few, economic inequality grows, and power also becomes more unequal. The fear is that we’ll move in the direction from being a democracy to an oligarchy.

Q: What are the specific Koch policies that really risk changing the look of America?

A: The Kochs have been activists since the 1970s. You can go back and look at the platform of the Libertarian Party in 1980 and see what they really believe in. They wanted to abolish huge swaths of the U.S. government, including the Internal Revenue Service. They want to get rid of Social Security. They’d like to get rid of Medicare. They’d like to abolish the Environmental Protection Agency, which directly affects their business. It’s quite amazingly radical, what their vision of America would be.

Q: One of their newest campaigns is to make people like them more. How effectively can they buff their image?

A: It’s hard for them to run away from their record. The Kochs are businessmen. People I’ve interviewed say they’re terrified there may be boycotts of their products, which include so many household items that everybody’s familiar with, things like Stainmaster Carpet and Dixie Cups and Brawny paper towels and Lycra.

Q: Does the rise of Trump, countering the Kochs, give you hope?

A: It’s hard to look at Trump as a hopeful sign because, in his own way, he is offering false solutions to many problems. The possibility exists that the Kochs will walk away with even more power if Trump’s defeated.

Q: What will they do if Hillary Clinton wins?

A: I think the scary thing is that there is in place already a sprawling infrastructure of advocacy groups, think tanks, academics and candidates and politicians funded by the Kochs and other deep-pocketed groups on the far right ready to attack her. We would see another president being accused of being illegitimate, and undermined from day one, which is exactly what these donors did to Obama.