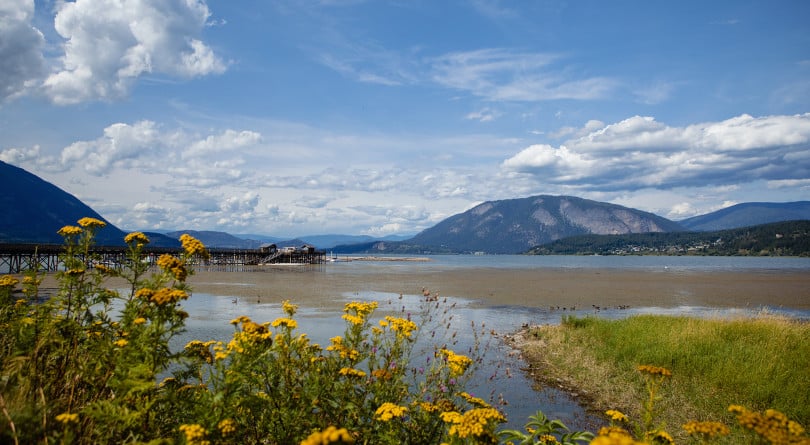 Great weather, lakes, mountains and walking trails—this year’s top B.C. city has all the upsides of life in Canada’s most western province with an average housing price an actual average person can afford. Salmon Arm, a community of 19,000 east of Kamloops, also took the no. 6 spot overall, making it a surprise heavy-hitter in this year’s ranking.

Salmon Arm is best known as a vacation town, with people flocking there in the summer to take advantage of its stunning natural surroundings and access to trails for horseback riding, mountain biking and hiking. But our data shows the city isn’t just attractive to tourists and kayak instructors. Salmon Arm is part of the Thompson-Okanagan economic region, whose labour market has seen impressive growth in recent years.

The Thompson-Okanagan economy is based on logging, agriculture, manufacturing and the service sector. Out of the 66 economic regions with cities in our ranking, Thompson-Okanagan saw the eighth-largest year-over-year growth in full time jobs and the fifth-fastest shrinking unemployment rate.

People seem to be noticing Salmon Arm’s access to both outdoor living and a strong job market, with the town’s population growing 8.7 per cent over five years. And if you love B.C.’s weather, water and mountains but can’t stomach the housing prices anywhere near the Vancouver area, the average primary residence in Salmon Arm is just $429,000.

In fact, three of the top five places to live in B.C. this year are in the Interior, far from the big city. The other two are West Kelowna—the second-ranked city in B.C. and 12th in the country—and Nelson, which clocked in at No. 4 in B.C. and no. 18 across Canada. The city of Vancouver itself did barely better than the median in B.C., ranked at no. 26 out of 60 cities in the province and 112th when compared with the rest of the country.

If great weather is a top priority for you, our ranking puts West Kelowna’s at the fourth best in the country, with 124 days out of the year with temperatures above 20 C. It’s part of the same booming Thompson-Okanagan economic region as Salmon Arm.

If you hate paying taxes, consider Nelson. It boasts Canada’s 14th-lowest annual property tax bill at $1,141, with residents paying an average of just 1.3 per cent of their incomes in property tax. B.C. also has low income taxes.

The other two cities in the top five in B.C. are both on Vancouver Island, boasting natural beauty and great weather despite being markedly less affordable than cities in the province’s interior. Oak Bay, which is third in B.C. and 15th overall, and Colwood, the fifth-highest ranked city in B.C. and 27th overall, have low crime and engaged communities. Oak Bay also has the third-highest percentage of the population that bikes to work at 5.2 per cent.