American capitalism has been waiting for this moment, a peak inside Alibaba, the hottest company to come out of Chinese capitalism 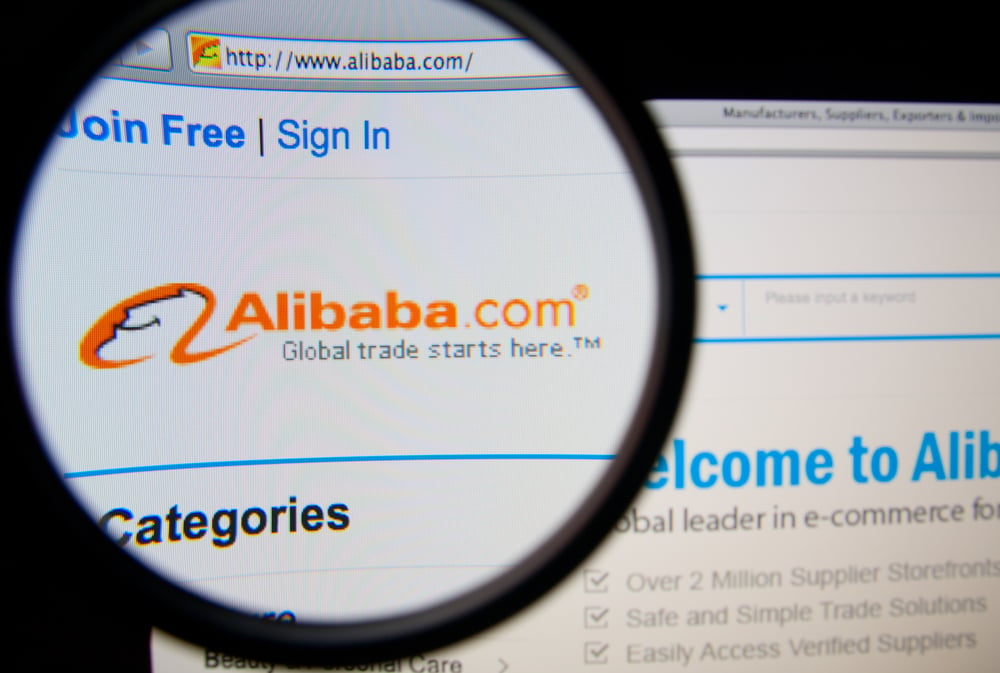 American capitalism has been waiting for this moment for a long time—a peak inside the hottest company to come out of Chinese capitalism: Alibaba. What is Alibaba? A little bit of everything—a search engine, online auction, online retailer, a payment service, cloud computing service, plus a few other lines of business. Well, last evening the company opened its books in an IPO filing for the first time. Here are five things we learned.

1. The company is massive. Really massive. Alibaba says that last year close to $250 billion in goods were sold through its various marketplaces. Let’s put that in perspective. In the first six months of 2013, according to Statistics Canada, retail sales for all of Canada totalled $240 billion. In the first nine months of 2013, that trade in goods generated revenue for the company of US$6.5 billion, up nearly 60 per cent over the same period the year before, and profit of just under US$3 billion. Assuming Alibaba is able to raise the US$20 billion it hopes to in its IPO on the New York Stock Exchange, it would be the fourth-largest public offering in history and by far the largest technology IPO. Facebook, by comparison, raised US$16 billion.

2. World, meet Jack Ma, the latest Internet billionaire. The filing revealed Ma, who along with a group of other developers created Alibaba in his apartment in 1999, owns 8.9 per cent of the company. Alibaba has valued itself at US$120 billion, which gives Ma a paper net worth of US$10.7 billion. He’s no Mark Zuckerberg (Zuck’s Facebook stake is worth about US$28 billion) but it would have been enough to rank Ma at the 112th spot on Forbes global billionaires list. How about those other developers? They’re a mysterious lot. The founders formed a partnership called Lakeside Partners (named for the apartment complex where Ma lived), made up of 28 individuals. For the most part, we don’t yet know who they are.

3. The Risk Factors section of a prospectus is an often overlooked area of insight into a company’s future success or failure. As I wrote here, it’s “a snapshot of everything a company’s executives, lawyers and bankers can conceive of going wrong. It’s the ultimate in corporate self doubt—’How might we fail’—and it’s about the only time most companies will ever highlight their shortcomings.” Alibaba goes into all the risks you might expect from an Internet company in a fast changing industry, but I was curious: how would Alibaba tackle the small matter of operating in an authoritarian state and all that might entail. He’s the warning to investors…

We may be subject to liability for content on our websites and mobile interfaces that is alleged to be socially destabilizing, obscene, defamatory, libelous or otherwise unlawful.

Under PRC law, we are required to monitor our websites and the websites hosted on our servers and mobile interfaces for items or content deemed to be socially destabilizing, obscene, superstitious or defamatory, as well as items, content or services that are illegal to sell online or otherwise in other jurisdictions in which we operate our marketplaces, and promptly take appropriate action with respect to such items, content or services. We may also be subject to potential liability for any unlawful actions of our customers or users of our websites or mobile interfaces or for content we distribute that is deemed inappropriate. It may be difficult to determine the type of content that may result in liability to us, and if we are found to be liable, we may be subject to fines, have our relevant business operation licenses revoked, or be prevented from operating our websites or mobile interfaces in China.

Here’s another related takeaway from the prospectus. The word “government” appears 107 times in Alibaba’s IPO filing vs a dozen times when eBay went public in 1998 and just six times in Amazon’s 1997 prospectus.

4. Ok, this didn’t come from the prospectus, but have you checked out what’s for sale on Alibaba? It’s become something of an Internet sport to find the oddest merchandise, from a life-size obese Arnold Schwarzenegger statue  to an inflatable labyrinth maze to  a pooping Barack Obama figurine. And because Alibaba’s motto in English is “Global trade starts here,” here is an alphabetical category list of everything sellers from Canada are offering through the site. Canadian lobsters did get a shout-out in the Alibaba IPO filing.

5. As China’s Internet population grew, so has Alibaba. This chart from the company’s prospectus captures the impressive scale of both—from 1999, when just nine million of China’s citizens were online, to last year, when that figure topped 600 million. 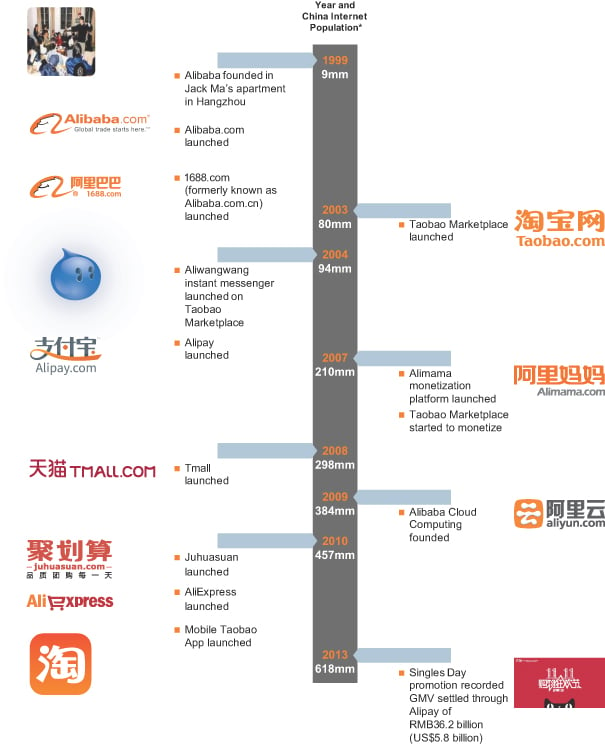