Based in an old candy factory, Tweed takes medical marijuana marketing to a new high 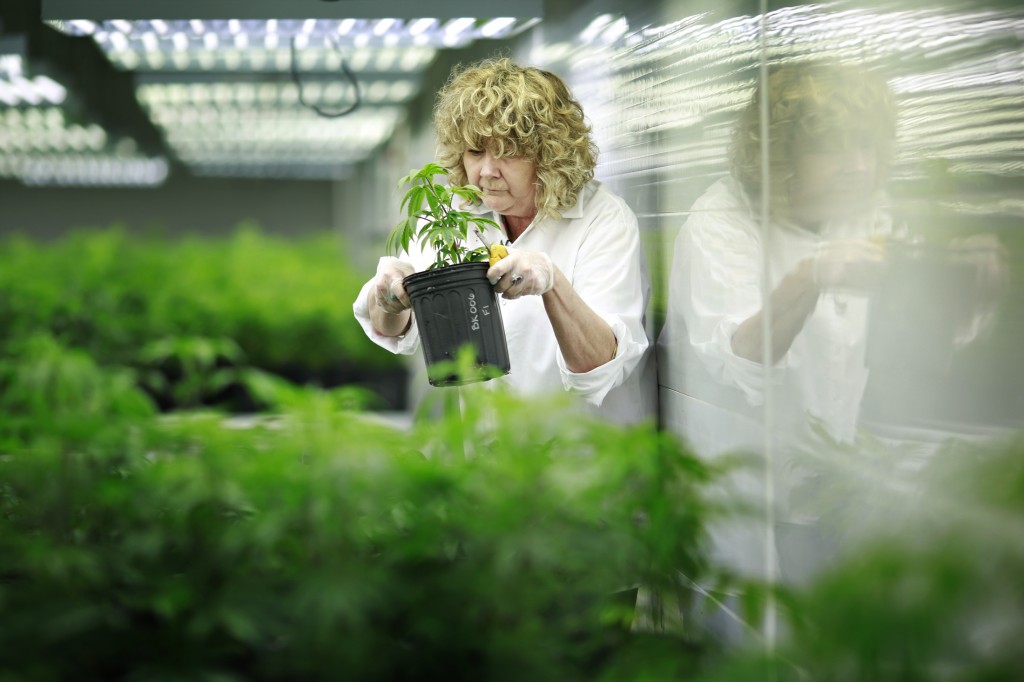 Buses full of tourists once filled the parking lot outside One Hershey Drive in Smiths Falls, Ont. for one particular vice: chocolate. The Hershey factory may not have been as colourful as the world of Willy Wonka, but there were enough sweets churned out from the silver vats inside to satiate anyone’s munchie cravings.

Then, after almost 50 years of making rich milk chocolate, the building went dark in 2008. Hershey moved the factory to Mexico and unemployment in the small town of 9,000 soared. But today, Smiths Falls is buzzing again. Only this time instead of dishing out boxes of Reese’s Pieces, Tweed Inc. has taken over more than 150,000 sq. feet of the once empty factory to grow and distribute medical marijuana for those in need of, among other ailments, appetite stimulation.

Tweed dispatched its first shipment in early May as one of 13 companies currently licensed to grow and distribute medicinal marijuana under Canada’s Marihuana for Medical Purposes Regulations, which took full effect April 1. But in what is expected to be a crowded field of distributors, with rules that forbid direct advertising to the general public, Tweed (short for “therapeutic weed” and not to be confused with the town of Tweed about 120 km away) is taking its branding to a higher level, on par with what one might expect in the brewery business. 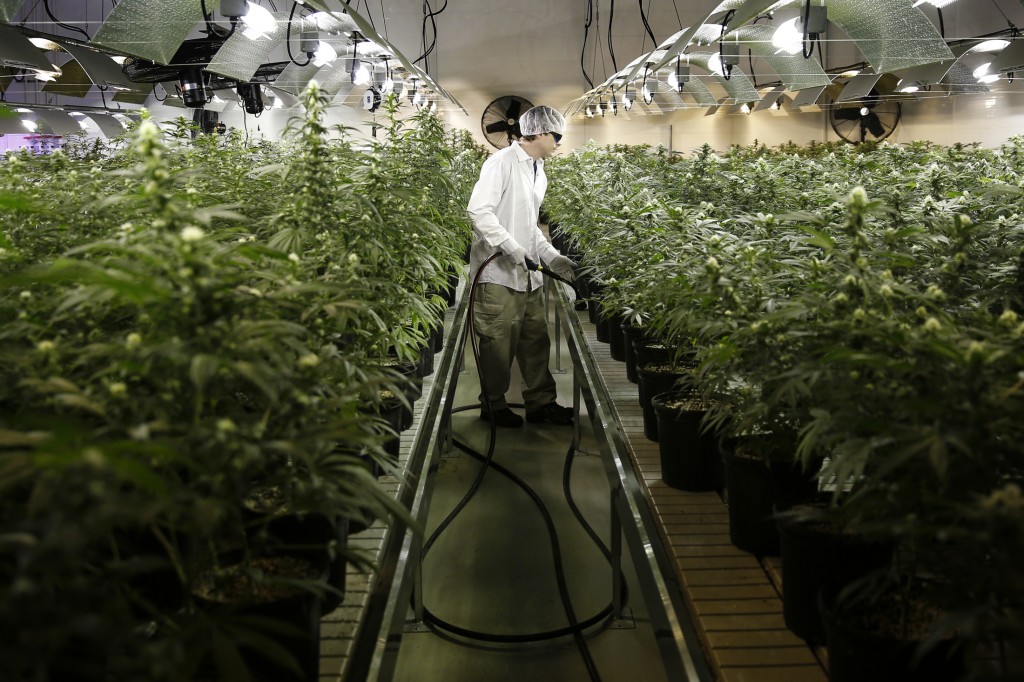 “I think Tweed is going to be the Molson of medical marijuana,” says Matt Mernagh, 40, a disabled cannabis activist and author of the Marijuana Smoker’s Guidebook. “They’re really making an effort to attract people like myself who use cannabis medically, but also have a bit of a lifestyle behind it.” Tweed’s founder and CEO, Chuck Rifici, even made a trip to Vapor Central in downtown Toronto to appear on Mernagh’s webcast.

But the target market isn’t merely Gen X and Gen Y with medical conditions. “We’re going to see more of an older demographic in the industry, as it becomes more accessible and less taboo,” Rifici tells Maclean’s. “In a few years time, I can see somebody’s grandparents at the bridge game vaporizing.” (Vaporizing involves heating the marijuana plant’s active ingredients to produce a mist which is then inhaled.)

To that end, Tweed is attempting to lessen the stigma around pot. Some Baby Boomers may not be keen to smoke AK-47 or L.A. Confidential, but Tweed is rebranding their strains with more regal sounding names, such as Yorkshire, Donegal, Cheviot, Norfolk, Herringbone, Houndstooth and Argyle. (The website still keeps the street names in brackets.) Costs range from $5 to $12 per gram—enough for up to six vaporized doses—and listed next to each strain are details such as THC contents (the main psychoactive ingredient in marijuana), side effects and special characteristics.

Bakerstreet, for example, gives “a very positive body buzz complemented with a contemplative mental state,” according to the site, and it is said to be good for anxiety and pain relief. The detail is necessary. Without the chance to sample products from all the licensed distributors, patients might rely on the website to decide which company to register with. “You’re buying marijuana over the Internet, essentially by looking at a picture and reading about it,” Mernagh says. “That’s really challenging.” 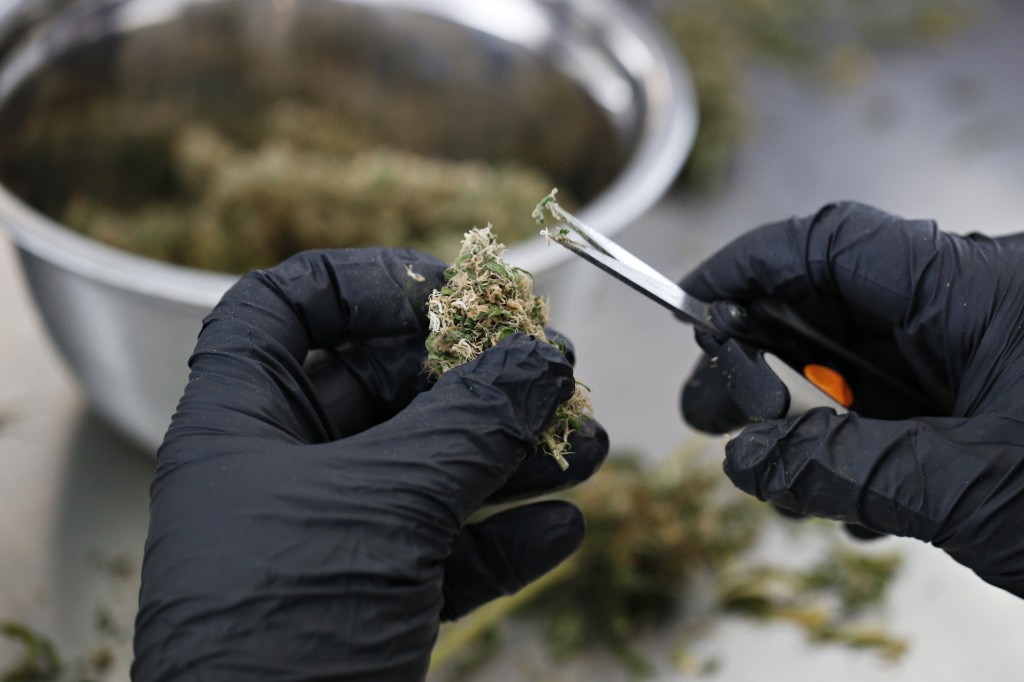 With new regulations forbidding medical marijuana users from growing their own plants, patients will have to turn online. In 2001, fewer than 100 Canadians could legally possess medical marijuana. That number has since jumped to nearly 40,000 today and is continuing to grow, with some projecting that more than 400,000 Canadians could be lighting up within a decade. Health Canada estimates the industry will pull in revenues of $1.3 billion annually in 10 years time. If that’s the case, there’s plenty of green to go around, and that doesn’t even include the prospect of legalization.

On Jan. 1, Colorado became the first state in the U.S. with stores selling recreational marijuana. Washington state expects to have pot retailers in place by July. It isn’t unfathomable for Canada to legalize weed either, with Justin Trudeau throwing his support behind legalization. “I’m actually not in favour of decriminalizing cannabis,”  Trudeau said in Kelowna, B.C., last July. “I’m in favour of legalizing it: tax and regulate.” Should that happen, licensed companies with manufacturing facilities and distribution systems would have a head start on a potentially huge industry.

Not that distributors are banking on legalization. In fact, some appear to be set against it. “Some of them don’t want to be seen as pro-pot at all,” says Jodie Emery, publisher of Cannabis Culture. “They are very nervous about the recreational market.” MediJean has gone as far as voicing its support for the anti-drug DARE campaign. 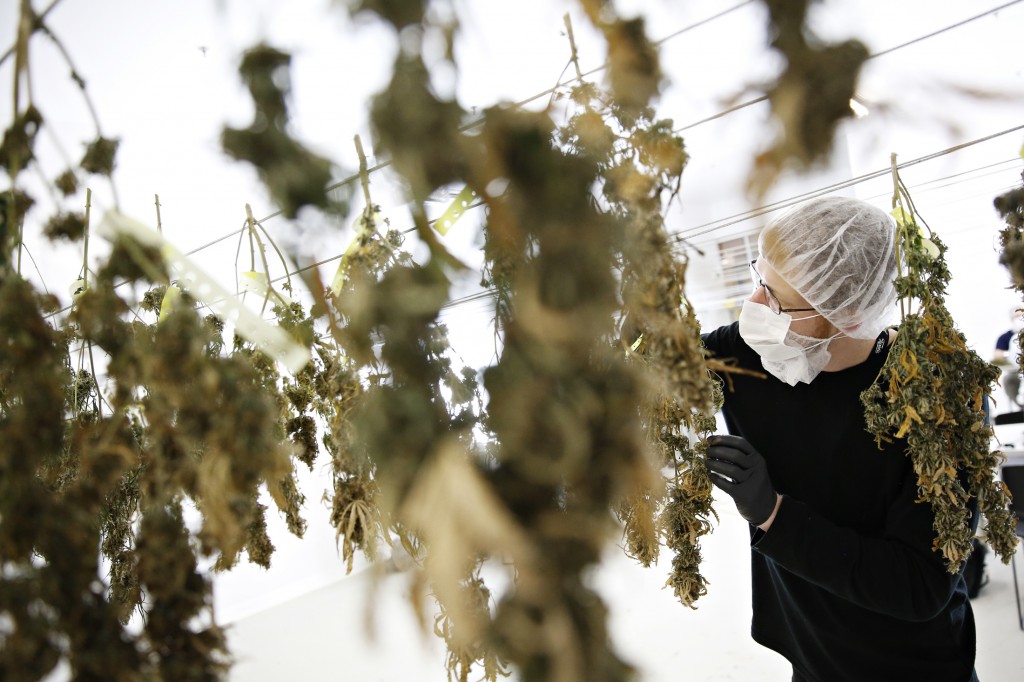 “I really consider this to be like the dot-com boom,” says Dana Larsen, director of the non-profit group Sensible B.C., a group campaigning for decriminalization. “Nobody really knows where this is going to go. People are throwing money at it.” Indeed, Tweed became the first medical marijuana company to become publicly traded in Canada, on the Toronto Venture Exchange. While it receives most of the media attention in the new industry, Larsen says that doesn’t necessarily translate into long-term success. “It’s usually not one of the first companies out of the gate that makes it big,” he says. “There was Friendster and MySpace before there was Facebook.”