A Kickstarter approach to science

By opening up R&D to top freelancing minds, companies like InnoCentive are crowdsourcing unique solutions to puzzles 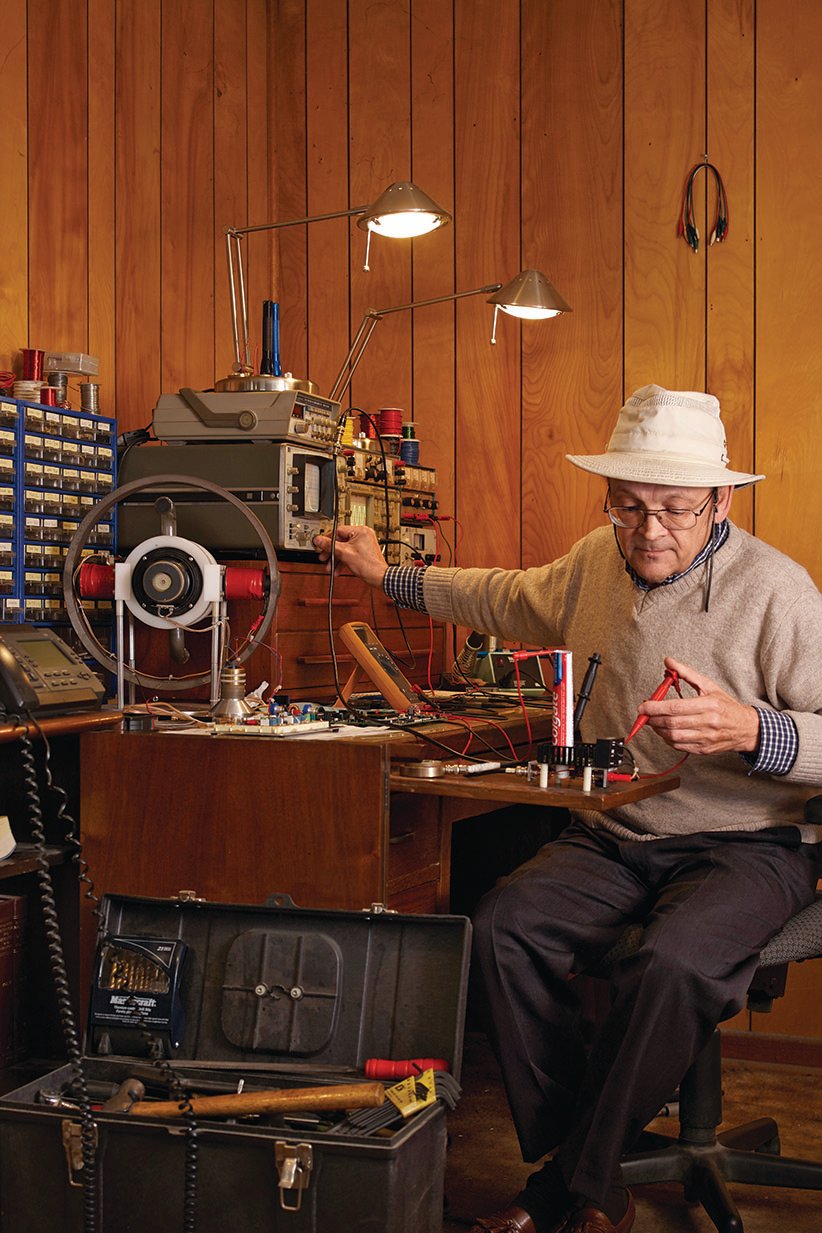 Ed Melcarek thought of himself as a company man. By the early 2000s, the design engineer had worked for the same Toronto technology firm for eight years. Then, one day, without warning, the business was sold and he was laid off. “When they gave me my walking papers,” he says, “it was quite a shock.”

Melcarek, then in his mid-50s, started looking for a new job. With a resumé that included a University of British Columbia degree in engineering, stints in manufacturing, machinery and sonar, along with headhunting experience, he thought it would be simple enough to find work. But, after every interview, recruiters routinely dismissed him as “overqualified,” or, more vague, “not a good fit.”

Melcarek wasn’t far from hitting the welfare office when, in 2003, he stumbled upon a website called InnoCentive, where companies anonymously posted problems they couldn’t crack and offered cash awards to anyone who could. One challenge in particular caught his eye: Create a process to recover the solvent used in dry cleaning. A solution quickly popped into Melcarek’s mind; he worked out the details, drafted an answer and sent it in. Not long after, InnoCentive told him his solution had been accepted and mailed him a cheque for $5,000.

Since then, Melcarek, now 67 and living in MacTier, Ont., has won 12 more prizes—the largest was $30,000—in as many years. Every few days, he checks InnoCentive for others he can add to that tally. It takes him only a few minutes to decide whether he has a shot; when he reckons he does, he uses math and modelling software to design a solution. After years of frustration with company policies and office politics, he relishes the freedom to forget about red tape and deadlines and focus on what he loves: the science.

Over the past 15 years, Massachusetts-based InnoCentive—one of a cohort of companies in the business of open innovation, as the crowdsourced problem-solving industry is called—has attracted 350,000 solvers like Melcarek from nearly every country on the planet. These bright minds have submitted roughly 40,000 answers to more than 2,000 challenges in engineering, math, chemistry, life sciences, business and beyond, and won upward of $40 million (prizes range from $5,000 to $1 million).

Seekers—the companies posting the problems—enlist platforms such as InnoCentive to tap an otherwise unreachable pool of experts and to take the financial risk out of research and development. Solvers, meanwhile, tackle these problems for the cash, the intellectual interest and the thrill of it. They’re retired academics, semi-employed hobbyists, full-time scientists and everything in between. They’re whiz kids who are too young and inexperienced for corporate culture and geniuses who are too old and unhip to feel at home at a start-up. A few even count solving as a full-time profession. They’re faces of the new “gig economy.” These are the citizens of Free Agent Nation, as author Daniel Pink called it in his influential 2001 bestseller, and they’ve never met a challenge they didn’t like. 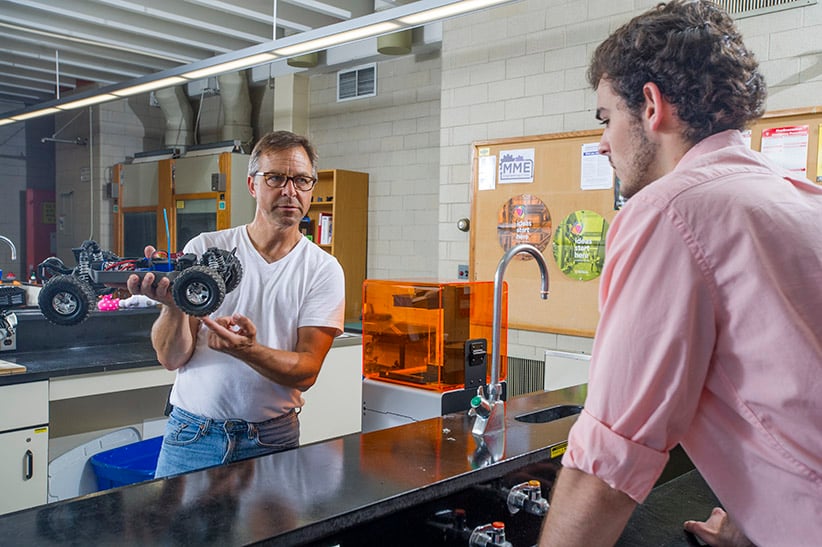 In the late 1990s, when Alpheus Bingham, a veteran with American pharmaceutical giant Eli Lilly, came up with the idea for InnoCentive, the terms “open innovation” and “crowdsourcing” didn’t even exist. (University of California professor Henry Chesbrough coined the term “open innovation” in his 2003 book of the same name, while Wired magazine editor Jeff Howe came up with “crowdsourcing” in 2006). Understandably, Bingham says, the idea for such a website “sounded absolutely crazy to most people,” including his own bosses. He eventually persuaded them to take a chance on it—InnoCentive initially launched as a a wholly owned subsidiary of Eli Lilly—but he still had to convince the rest of the world.

“The first time we would meet with companies,” Bingham says, “we’d walk into the room and there would be three tech people and eight lawyers.” Businesses, particularly in the highly competitive science and tech sector, thought open innovation would be risky; Bingham was essentially asking them to pay a fee to tell the world what problems had stumped them—information competitors could no doubt use—and work with random people they didn’t know, let alone trust. “I don’t fault corporations for not waking up and going, ‘Crowdsourcing, we’re in!’ ” he says, pointing to the disruptive force of modern crowdsourcing services such as Uber and Airbnb. But he calmed their nerves by explaining that a seeker would only need to post a generic description of a problem; if solvers wanted to know more, they’d have to sign a non-disclosure agreement. If seekers accepted a solution, it would be their intellectual property as soon as they paid the prize fee. If, on the other hand, they didn’t like any of the solutions, they wouldn’t have to pay a penny.

As InnoCentive began growing, so did a number of similar services: NineSigma, Yet2, Quirky and even Fiverr, a website where people offer and solicit simple work for $5. Bingham doesn’t expect that growth to slow any time soon. The next generation of executives and CEOs will have grown up in a world where, “every time they have trouble changing the brakes on their car, they pull up a YouTube video,” he says. “That’s essentially crowdsourcing.”

In the YouTube example, a DIY-inclined layperson consults an expert. Open innovation is often strongest when it does the opposite. “In 90 per cent of problems, we hand the seeker the resumé of the solver and they say, ‘I would not hire that person,’ ” Bingham explains. That’s precisely the point: If a company could solve a problem with the sorts of people it typically employs, it already would have done so. Open innovation thrives when it taps knowledgeable people in fields on the fringes of the discipline at hand; they bring novel skill sets and problem-solving approaches. That sweet spot is “optimal marginality”—or, as Bingham calls it, “the secret sauce.”

If it’s a secret, it’s certainly an open one. Optimal marginality also underpins IdeaConnection, an eight-year-old, Victoria-based, open-innovation platform that assembles teams of solvers rather than relying on individuals to crack seekers’ conundrums. “The idea is to put five people together on a team that can solve a problem that a company with 10,000 scientists can’t,” says Paul Wagorn, IdeaConnection’s president. When a company presents Wagorn with a problem, his staff assembles a handful of multidisciplinary squads, assigns them each a facilitator, and lets them go head-to-head until a solution emerges. In one case, the seeker even offered full-time positions to the members of the winning IdeaConnection team.

“We naively assumed that everybody was doing this for the money,” Wagorn explains, so he originally assembled only one team per problem. “But we got so many people who wanted to work on the problems, whether they got paid or not. What we found is that money is the thing that attracts people, at least initially. What keeps them going is being able to work on a really interesting problem.”

On the occasional wintry Sunday on Prince Edward Island, Andrew Trivett would find a problem on InnoCentive, strap on a pair of cross-country skis, and spend a few hours trekking across the snow, brainstorming a solution. By the time he returned, the University of Prince Edward Island engineering professor would usually have an answer in mind. “It takes me maybe a day, from start to finish,” he says. “When I have other stuff getting me down, it’s a quick, fun break from other work.” And, in the case of two challenge-winning solutions, a well-paying day’s work.

It wasn’t long before Trivett, who now teaches mechanical and mechatronics engineering at the University of Waterloo, realized InnoCentive was the perfect teaching tool. He’d grown tired of conventional methods: “Here’s a box of toy parts. Here’s a robot task. Go to it,” as he puts it. “That’s fairly de rigueur in most engineering schools.” Students, he says, see that as articifical, not to mention wasteful. “One of the really disturbing things about those sorts of challenges is looking at the garbage bins at the end of them.”

Like faculty members at every engineering department across the country, Trivett wanted “authentic applications”—real-world problems he could give students without worrying about the possible pitfalls of placing inexperienced engineers in the field. “Giving them InnoCentive-type challenges is really harmless—and helpful.” He started using challenges as part of his courses’ curricula at UPEI, using his own non-winning solutions as examples. He doesn’t require students to submit their work to InnoCentive, but he encourages them, regardless of their level of experience, to give it a try; one team won $10,000 for its corrosion-proof boat exhaust system. “Anybody can come up with a good idea,” he says. “That’s what I hope we can instill in the younger crowd.”

One of those good ideas may soon pay off again for Melcarek, the solver in MacTier, Ont. He says, with a subtle hint of pride, that two more of his solutions are in the running to win prizes. After all those fruitless job interviews and employment woes, every win is validation. “They’re all feathers in my cap, there’s no doubt about it,” he says. “If these guys can’t come up with the right answer and I do—hey, I’ve proven something to myself. And that’s the most important thing.” That’s why he intends to keep solving. Besides, he adds, “in the wintertime up here, there’s nothing much to do but my computer and my guitar.”