Does Kodak have a future? 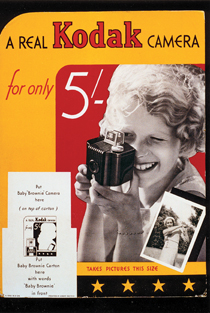 After 131 years in business, the future looks terribly bleak for Kodak, with reports it will be filing for bankruptcy within the next few weeks. Once king of all things photographic, Kodak slowly shifted from film to printers in the last decade, as digital cameras all but killed its main market. Meanwhile, the company has been trying to sell off its patents just to stay afloat (a technique employed by Nortel during its last gasp).

An ugly picture, yes, but not all agree this is the last Kodak moment. Above all else, Kodak still has its iconic name: the brand’s value was estimated at $10 billion only a decade ago (though absent from Interbrand’s list of 100 best global brands since 2008). In the age of Instagram, Flickr and DSLR cameras, it could still prove invaluable for the right investor, even if it takes doing something radical like the newly resurrected Polaroid, which recently hired Lady Gaga as creative director.