Big law is having its Uber moment

It's no longer just factory workers and long-haul truck drivers at risk of being replaced by robots. Now lawyers could be automated out of work, too. 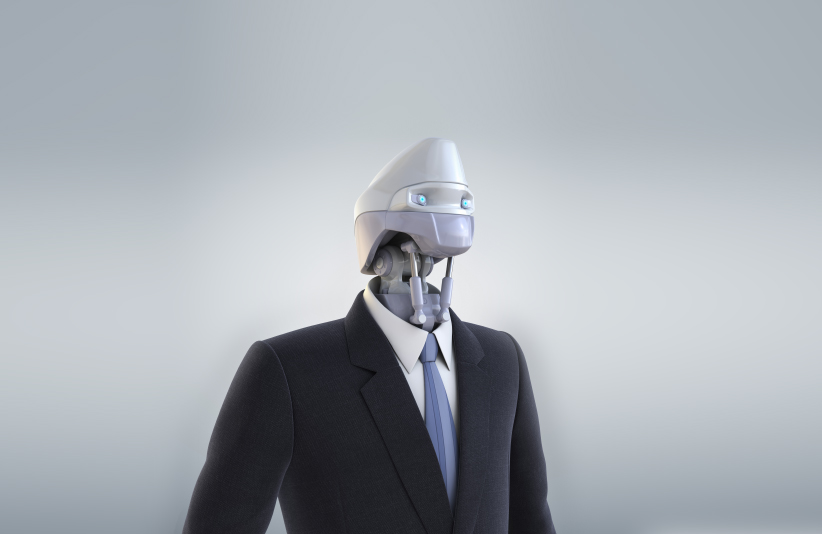 Benjamin Alarie, a law professor at the University of Toronto, was startled to learn, two years ago, that the school’s computer science students planned to “disrupt” his lucrative, centuries-old profession with artificial intelligence, or AI. But the more he thought about it, the more it made sense. Now he’s leading the march of the machines into oak-panelled law offices right across the country—no doubt to the chagrin of thousands of  lawyers (and perhaps a few former students) whose jobs could soon be at risk.

In addition to his professorial duties, Alarie spent the past 24 months building a “legal tech” startup that uses machine learning technologies—sophisticated algorithms capable of doing tasks for which they haven’t been specifically programmed—to predict how courts are likely to rule on new tax cases. That startup, Blue J Legal, which Alarie founded along with two other U of T law profs and a former IBM software developer, boasts that its Tax Foresight tool yields results that are more than 90 per cent accurate. “It’s like a flight simulator for new tax law cases,” says Alarie, who is also the firm’s CEO.

While Alarie maintains Tax Foresight was conceived to help lawyers, not replace them, the arrival of AI on the legal community’s doorstep threatens to shake up a white-collar profession once thought to be well beyond the reach of mechanization. A study earlier this year by accounting giant Deloitte predicted that, in the U.K. alone, more than 100,000 lower-rung legal jobs could be replaced by automated systems over the next two decades. Similarly, there are efforts to apply machine-learning techniques to medicine—another of society’s coveted knowledge-sector jobs—with pattern-recognition software now routinely outperforming radiologists when it comes to interpreting medical imaging. In Japan, meanwhile, the Fukoku Mutual Life Insurance Co. recently announced it was replacing more than 30 employees with an AI system capable of evaluating claim requests—all while cutting the firm’s costs by a third. Clearly it’s no longer just factory workers and long-haul truck drivers who are at risk of being replaced by a robot.

Alarie, for his part, didn’t set out to upend the practice of law. In late 2014, he received a last-minute call from the dean’s office asking him to help judge a student competition focused on developing novel applications for IBM’s Watson supercomputer. That’s the same box of circuits that famously won a Jeopardy competition six years ago, beating two former (human) champions. Why Alarie? Professors and students at U of T’s computer science faculty decided the legal field was low-hanging fruit for AI software, given its stratospherically high fees and barge-loads of tedious, repetitive work. “I was surprised that I hadn’t heard anything about it at the law school until I got that phone call,” Alarie says.

It wasn’t until Alarie was sitting on the panel, wedged between IBM and university representatives, that it dawned on him that his speciality—tax law—was particularly ripe for an AI intervention: “It’s a very complicated area and a lot of money is at stake.” So Alarie enlisted the help of two fellow professors, as well as several students, and began drawing up an AI-powered software solution. The idea was to use machine-learning algorithms, starting with those developed by IBM, to search the increasingly digitized library of judgments on tax questions to predict how judges would rule on future cases. The initial results were clunky, Alarie says, but everyone in the room immediately recognized the approach had serious potential.

From a user perspective, Tax Foresight isn’t all that more complicated than ordering a hamburger from one of McDonald’s new automated kiosks. You pick a tax law question and fill in a series of questions about the client’s situation. After the data is collected, the software analyzes thousands of judgments in its database, searching for patterns, and spits out a probability estimate of how a judge is likely to rule. It also provides a list of relevant cases for further research. Suffice it to say, this is not how tax litigators currently operate. “We’re moving away from the typical legal research process, which might involve reading several cases and then shooting from the hip,” says Alarie, referring to the intuition and experience of the lawyer in question. “You’re getting the full visibility of case law rather than relying on two or three leading authorities.” Another bonus: AI-powered tools are potentially more accurate. Whether they realize it or not, even the sharpest lawyers inevitably bring their own biases to legal research. That, in turn, skews their ability to realistically gauge their chances before judges, who harbour their own preconceived notions of how law should be applied. Tax Foresight, by contrast, isn’t concerned with how a judge should rule, but rather what’s the most likely outcome based on past experience. It’s essentially Moneyball for tax lawyers.

Though Alarie believes Tax Foresight is the first tool of its kind on the market, Blue J Legal is far from the only company employing AI to change the way lawyers work. Jordan Furlong, an Ottawa-based consultant and legal analyst at Law21, says Toronto has become a hub of activity for AI-based legal tech startups, which isn’t surprising since Toronto, along with Montreal, has also emerged as a global ground zero for AI research in general. Other firms applying AI technologies to the law include Ross Intelligence, which scours databases to answer legal questions, and Kira Systems, which brings machine learning to contract analysis.

What is unusual is that Blue J counts several of the country’s top tax law firms—not exactly the most techno-savvy organizations on the planet—among its early clients. Krista Jones, the head of work and learning at Toronto’s MaRS innovation hub, attributes their sudden interest in innovation to a keen sense of self-preservation. She argues that AI, with its capacity for repetitive knowledge-related work, represents the first fundamental challenge to law firms’ longstanding—and highly profitable—billable hour-based business models. “They’ve seen what’s happened on the financial services side, with AI eating away at financial advisers,” she says. “If anyone is doing the type of law that is very routine, the impact of this technology is going to be felt.” Put another way, big firm partners don’t want to repeat the mistakes of music executives in the late 1990s by ignoring what could be the legal industry’s Napster moment.

Alarie, for his part, doesn’t foresee a wave of lawyer layoffs coming down the pipe, although he concedes law firms will have no choice but to adapt. Overall, he predicts tools like Tax Foresight will allow the legal system run more smoothly and deliver more transparent results for clients. If both sides know how a case is likely to be decided, the thinking goes, there will be an even greater incentive for them to settle out of court, saving everyone time and money. That, in turn, promises to free up judges to hear more cases where the law is less clear—arguably a better use of their talents.  AI could also dramatically reduce the price of basic legal services since it will no longer take lawyers and their underlings days to research legal questions. “It will be a net job creator,” predicts Alarie, adding that many Canadians currently can’t afford to hire legal representation. “But it’s certainly going to be a job changer.”

Those changes are only expected to pick up speed in the coming years. Blue J Legal has been around for less time than it takes most students to earn a law degree and already it has inked a deal with Thomson Reuters, the global information giant, to distribute its software. Alarie says the company is now working on broadening its scope to include new areas of tax law, and perhaps even other areas of law altogether—everything from immigration to intellectual property. When asked if he ever worries about putting people out of work, Alarie responds with what amounts to a techno-optimist’s credo: “Where jobs can be automated, they probably should be.”