Canada is a go-to source of horsemeat. These activists are trying to change that. 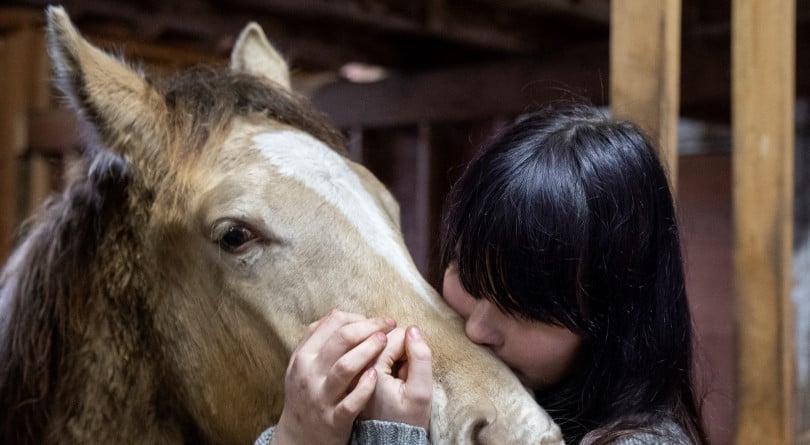 Shannon Mann sat in the woods, well supplied with food, toilet paper and her video camera, waiting for the trucks to pick up horses bound for slaughterhouses in Asia, where their meat is considered a delicacy. She had combed the Alberta countryside using Google Earth to locate the horse feedlot, two hours south of Calgary. From her hiding spot, Mann, an equestrian turned animal rights activist, watched the gates for eight hours until the trucks arrived. By then, she was accustomed to long stakeouts. She’d spent hundreds of hours in a parking lot adjacent to the Calgary airport filming crates of Belgian-cross draft horses being loaded into the belly of planes headed for slaughter, mostly in Japan. “At that time in my life I was very determined,” recalls Mann, who later volunteered for Sea Shepherd, the ocean conservation group known for high seas confrontations with whaling vessels.

Mann had read the Canadian animal-health regulations which require horses over 14 hands high to be shipped solo in containers large enough to allow them to stand in a natural posture. But she had routinely observed groups of three or four large horses being loaded into one crate with ceilings so low their ears poked through the top. “There was no way they had enough room,” she says. She condensed her footage into a three-minute YouTube video and in 2012 gave it to Sinikka Crosland at the Canadian Horse Defence Coalition, an animal rights group lobbying to stop the slaughter of horses. Here, thought Crosland, was the perfect opportunity to raise awareness for their cause.

The footage circulated among activists for years, building support for a court case that is now drawing unwelcome attention to Canada’s role in the horsemeat market—a trade activists in the United States succeeded in shutting down more than a decade ago. In 2018, nearly 3,400 live horses were flown abroad from Canada to become food for humans. Almost all went to Japan where their meat is sliced thin and eaten raw like sashimi, layered over rice or cooked in hot pots. It’s a market that for decades operated out of the public eye—perhaps because its participants feared how it would be viewed. One of Canada’s horsemeat producers is quick to defend the trade to Maclean’s but so afraid of becoming a target of activists, he would only speak on condition of anonymity. “Horses are livestock in Canada and should be considered the same as other livestock,” he says. His business provides a “humane service and financial gain” to horse owners who need to get rid of their animals, he adds: “Euthanizing them may cost thousands of dollars for vet fees, medication, and disposal fees.”

Many Canadians don’t see it that way; they regard horses as companion animals more akin to dogs than livestock. They find the idea of eating them repellent. From coast to coast, horse rescue groups are at work to save as many as possible from auction houses where they are sold for slaughter.

But finding a way to end the trade has proven challenging, so Crosland’s organization has instead taken aim at how the animals are transported—with photos from Mann and other activists as evidence. The Federal Court challenge claims the Canadian government is violating its own animal welfare regulations by allowing the transportation of large horses in containers that are too small and crowded.

It’s far from a slam dunk. The coalition lost round one; in January, it filed an appeal. But the activists would like to go further than court, making no secret of their desire to end the killing of animals for meat, altogether. “If you’re born into this and slaughtered, what kind of a life is that?” says Crosland. “I try to put myself in their shoes.”

The case has already drawn levels of attention and outrage that years of conventional public awareness campaigning never did. Crosland says the coalition has added about 300 supporters and raked in $45,000 in donations since the case began in the summer of 2018. Among those spreading the word on social media are home grown stars like Kate Drummond and Jann Arden, who has shared the coalition’s message with her 320,000 Twitter followers. News coverage has sparked debate over whether horses should be eaten, with a number of commenters expressing surprise that Canada is involved in the trade. “I find the whole practice to be shocking and abhorrent,” one commenter posted under a CBC story. Said another: “This is so disturbing. What is happening to Canada?” 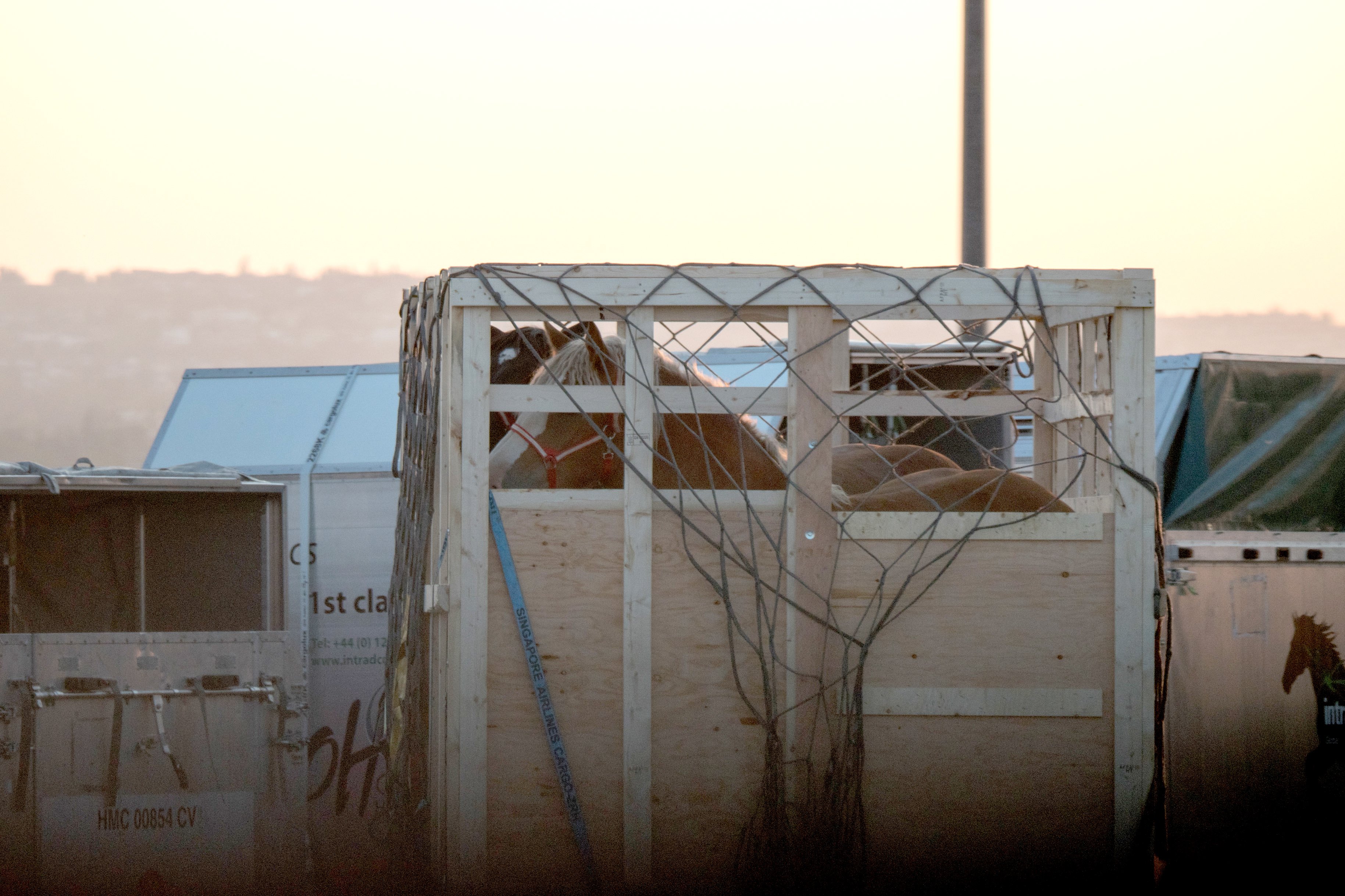 To be sure, not everyone shares the revulsion. Horsemeat, or chevaline as it is called in French, can still be found in specialty butcher shops and grocery stores in Quebec and on the menus of a few high-end Montreal restaurants. The real money, though, is in the overseas market; the live horse trade represents $20 million in sales for Canadian shippers. Frozen horsemeat exports from this country were worth $49 million in 2018, including horsemeat, ass, mule and hinny (male horse-female donkey cross). The top importers: Japan, the U.S. and France.

The continuing demand in the U.S. is striking, considering horses are no longer shipped out of that country for slaughter. Animal rights activists south of the border applied so much pressure to horse slaughterhouses—some burned to the ground under mysterious circumstances—that most closed. But it was the lobby campaign targeting federal politicians that killed the industry. “There were movie stars speaking out, Willie Nelson and Bo Derek, lots of people stepping forward and saying we can’t agree with this,” Crosland says. Instead of outlawing the sale of horsemeat for food, Congress simply stopped funding inspectors for the meat, effectively halting domestic sales in 2007.

In Canada, the coalition’s efforts did not meet with the same success. Until the pictures surfaced, the group had focused its efforts on stopping the slaughter of horses in Canada because the numbers were so much greater than live horse shipments. Everything changed when the airport shots surfaced. “We looked at it and said that’s against the law, how can they be doing that?” Crosland says.

Rebeka Breder, a Vancouver animal law lawyer who took on the case, says there are sound reasons for the regulations around crate size and segregation. Horses are susceptible to panic and don’t balance well without a separator to lean on. “If there’s nothing there—and we know this has happened—horses can fall,” she says. If one goes down in a crowded crate, the ensuing commotion can result in the animal being trampled to death by its panicked neighbours. The animals are even more prone to panic and falling if they feel something brush the tops of the heads, she says. Canadian Food Inspection Agency records filed as part of the coalition’s court case show nine horses died during transport in two incidents between 2008 and 2013, six during one flight.

In its response to the suit, the government argues regulations give staff broad discretionary powers to circumvent the segregation requirements. Since 2017, the CFIA has been operating under an interim policy that allows a veterinarian to sign off on groups of horses travelling together, so long as they have been observed to be able to get along. It also claims the old regulations will soon be redundant—new ones set to take effect in February will no longer include the segregation requirement. The government suit states the old rule is “deemed to be no longer relevant and is not based on science or animal behaviour.”

Still, if the U.S. is any example, the court of public opinion may matter more than the one where the case is being heard. Known taboos against eating horsemeat date back to a piece of Babylonian script detailing a conversation between a horse and ox, where the horse states, “my flesh is not eaten,” says Susanna Forrest, author of The Age of the Horse: An Equine Journey Through Human History. Horses were expensive, prestigious and connected with war, the author says; that, she believes, is how they came to be prohibited for human consumption.

“This got knitted into Christianity,” adds Forrest, noting the Old Testament says only animals with cloven hoofs should be eaten. The prohibitions began to break down after the Napoleonic Wars, when cities were under siege and people ate what they could find, Forrest says. However, on the Eurasian steppe, where horses were easy to keep, they were always eaten, and horsemeat is still considered a specialty in Japan and to some extent Korea. Horses are raised for food in Japan, but not enough to meet demand, hence the imports.

As with fish, the freshest meat is most prized—which explains the incentive to fly live horses 8,000 km from Canadian pasture to Japanese plate. Horsemeat on Rakuten, Japan’s premiere e-commerce site, runs to $126 per kilo for high-grade cuts—expensive by Canadian standards but nothing like the prices for Kobe beef which can run to $700 a kilo. In Canada, horsemeat is cheaper than beef, says one Montreal butcher who spoke on the condition that neither his name nor the name of his shop be published. “There are a lot of people who think it’s not good for eating,” he says, “that it’s the same as a dog.” But horsemeat, he adds, is leaner and healthier than beef. Some customers who buy it have iron deficiencies, others are athletes who want high protein without the fat, the butcher says. Horsemeat sales at his shop have gone up because the price of beef is so high; he sells a pound of extra lean ground beef for $8, compared to $5 for a pound of horsemeat.

Yet some butchers—a relatively non-judgmental group when it comes to peoples’ dietary choices—won’t sell or eat horsemeat. All Natural and Exotic Meats in Vancouver sells kangaroo, venison, elk and buffalo. But proprietor Dennis Mah wouldn’t dream of selling horse. “It’s a nice animal and I wouldn’t want to eat it. It’s a personal thing,” he says. When he gets the occasional request from customers looking to buy it, he says, “I tell them the same thing.” Chris Jackson, owner of Jackson Meats in Vancouver, has never been asked for horsemeat and doesn’t intend to stock it. In B.C. where animal-rights sentiments run high, he believes selling horsemeat would be a risky business move. “I’m pretty sure we’d have protesters outside the door.”

This article appears in print in the April 2020 issue of Maclean’s magazine with the headline, “Finishing the mane course.” Subscribe to the monthly print magazine here.