Cheap flights are finally coming to Canada in 2018

New airlines regularly fail in Canada. But a tweak to the rules might create new options for travellers. 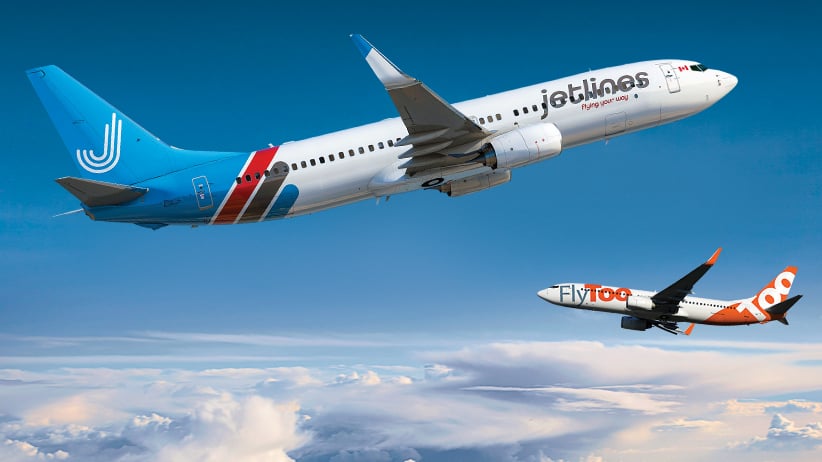 New ultra-low-cost carriers that will operate in Canada in 2018 will be offering cheap flights to consumers.

There is a long list of bankrupt airlines in this country: Canada 3000, Roots Air, Zoom, Jetsgo, CanJet and so on. All made bold claims about low fares and challenging the incumbency of Air Canada before running out of money. Given that kind of history, anyone starting a new airline would need to be a masochist. Even so, three airlines will launch or expand services in Canada over the next year. All claim to be ultra-low-cost carriers, a model that has failed before.

Here, Air Canada and WestJet control 71 per cent of the market; flying within the country is often more expensive than going internationally. Roughly five million Canadians drive across the border to depart from U.S. airports each year to score a cheaper ticket. With every other G7 country having an ultra-low-cost carrier (ULCC)—the U.S. has Spirit Airlines and Europe has Ryanair—some see a clear opportunity in Canada.

WATCH: Why are flights in Canada so expensive?

“It’s a different model than what Canadians have seen before,” says Chris Murray, an airline analyst at AltaCorp Capital. “There has to be a recognition on the part of consumers that you’re going to get what you pay for.” The model works by stripping costs out of the system. Airfare entitles passengers to a seat and nothing else. A printed boarding pass? That will cost you. A checked bag? Ditto. These airlines have no loyalty programs, airport lounges or in-flight entertainment systems. Seating will be cramped.

Canada Jetlines aims to service six cities, including Hamilton, Calgary and Abbotsford, B.C., next year. Flair Airlines has been operating as a charter service since 2005 out of Kelowna, B.C.; transforming into a ULCC after acquiring the assets of ticket reseller NewLeaf Travel. Similarly, Enerjet launched as a charter service in 2006 out of Calgary and hopes to operate a ULCC under the name FlyToo. Even WestJet is launching one next year called Swoop.

Each airline is starting small, servicing just a handful of cities with a few planes. And these upstarts stand a better chance of success since the federal government raised the foreign ownership cap on domestic carriers to 49 per cent from 25 per cent last year. Aviation entrepreneurs have long lamented the lack of Canadian investors willing to take the risk on a new airline, leading to financial troubles for those who did make an attempt. To that end, Enerjet has teamed up with Indigo Partners, a private-equity firm headed by Bill Franke, a U.S. pioneer in the ULCC market. “You can count on one hand the aviation financiers who have a taste for the ultra-low-cost model,” says Darcy Morgan, the chief commercial officer of Enerjet.

The Canadian Transportation Agency has not yet signed off on the deal structure for Enerjet’s FlyToo venture, though, even after 11 months of discussions. “It’s a damn long time,” Morgan says. Still, he’s hopeful FlyToo will be greenlit soon and contends having investors who understand the ULCC model is key. “Anybody who gets into this market is going to get into a price war,” he says.

For its part, Canada Jetlines is trying to raise $55 million, though CEO Stan Gadek says the company doesn’t require the entire amount before launch. “I’ve said repeatedly we’ll sell tickets at base fares for less than the cost of a pair of jeans,” Gadek says. “On average my airfares will be below 100 bucks.”

READ: Drip, drip, drip: Why Canadians pay fees for everything

To be successful, ULCCs have to drop ticket prices low enough to convince people who don’t usually fly to hop on a plane. That raises the question: How big an impact can ULCCs have in Canada? A few factors make Canada a more challenging market than the U.S. or Europe: the country’s sparse geography, dearth of smaller cities with sufficient demand and relatively high airport fees. Intervistas Consulting Group estimates that 10 million more Canadians could fly more frequently as a result of dirt-cheap fares. Last year, 43 million passengers flew domestically. “It’s not like there’s a massive opportunity here,” Murray says.

Consumers can likely expect lower fares on a small number of less convenient, less popular routes. Much depends on how aggressively WestJet plans to compete with Swoop. Some view the launch as a defensive move to prevent other ULCCs from getting off the ground. “It’s been used more as an anti-competitive tool to thwart the start-up of ultra-low-cost carriers that are independent,” Gadek says. Morgan at FlyToo says Swoop just validates the ULCC model in Canada, especially since WestJet executives used to dismiss it owing to Canada’s geography and airport fees. “The things that WestJet held out as intractable problems are not.” he says.

But so long as Canadians buy tickets, the ULCC model stands a chance.