Debunking the myths you think you know about baby boomers

The evidence suggests that when it comes to boomers, we got the 'silver tsunami' all wrong 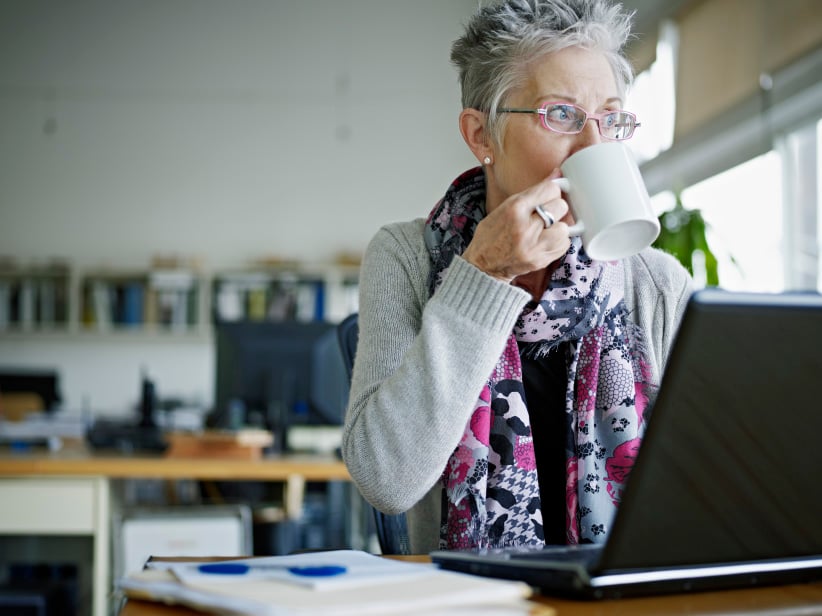 Boomerpreneurs: Forty per cent workers over 65 are self-employed, according to the latest figures from Industry Canada. (Thomas Barwick/Getty Images)

Baby Boomers have had a bad rap. Popular wisdom has it that the “Me Generation” grabbed all the attention when they were young and now, as they get set to ride off into the sunset, are stealing the limelight again, forced to bear the blame for everything from stratospheric housing prices to the hollowing-out of the workforce.

MORE: Scott Gilmore on why boomers are detestable

No question, Canadians born between 1946 and 1965 made a big splash. They were, after all, the largest single slice of the Canadian population: richer, more privileged than any generation that came before. But are things as bleak as some suggest? Quite the opposite. Research suggests a lot of the popular views about the “silver tsunami” are myths. Let’s take a look at some of them.

Myth #1: Boomers haven’t saved enough for what lies ahead

Sure, Boomers have faced their share of financial challenges. There’s been a recession about every seven years since 1945, and that’s taken a toll on Boomer savings. In addition, many are supporting adult children—so-called boomerang kids—thanks in large part to a lacklustre job market.

But there’s more to the story. Their nest eggs may be meagre, but that’s about to change. First, thanks to the soaring housing market, many Boomers are sitting on real estate that has significantly increased in value. Many are downsizing, selling their traditional detached homes, moving into condos and pocketing the profits, which can be substantial.

That’s not all. Experts say Boomers stand to inherit as much as $1 trillion in the coming years, made up largely of real estate and investment portfolios. It’s said to be the largest intergenerational transfer of wealth in Canadian history. To be sure, not everyone will benefit but most will; the average bequest is predicted to top $100,000.

The retirement communities of Florida and other Sun Belt states are bustling with Canadians, but the truth is that for the vast majority of Boomers the idea of putting their feet up at 65 so they can spend their golden years playing golf is not part of the plan. Increasingly, Boomers are working well into their sixties and seventies. Sometimes, the reasons are financial but it’s also about continuing to contribute to the community. There’s plenty of data showing this trend is real. According to Statistics Canada, the percentage of people 55 and older who are either employed or looking for employment has jumped to 38 per cent from just 25 per cent in 2000.

Myth #3: Boomers in the workforce are happiest as employees

Popular wisdom has it that Boomers cling to their jobs at big corporations, content to follow someone else’s orders until the end. But the reality, once again, is different. In their youth, Boomers carved their own path and now as they enter the second half of their lives, they’re doing it again. Only instead of hitch-hiking across the country and sporting weird fashions they’re going into business for themselves.

A whopping 40 per cent of workers over 65 are self-employed, according to Industry Canada. Other research based on surveys of boomers has found that more than half have started or considered starting a business prior to retirement. One of the most important findings? It really is about freedom. According to the survey, 58 per cent cited being their own boss as the top reason for striking out on their own.

The media tells us that when it comes to the Internet, Boomers are Luddites. But again, that’s a false image. Boomers are actually among the biggest online shoppers, helping to drive the latest e-commerce trends. The reason is simple: Boomers, who have always liked to shop, have the money to buy the latest smartphones and the time it takes to learn how to use them. According to market research firm Environics Analytics, one-in-four mobile shoppers in the U.S. is over the age of 55. Nearly half of Boomers with Internet access go online to research purchases and they’re more likely than Millennials to turn to consumer websites to find the information they need.

Myth #5: Boomers will burden the healthcare system as their health declines

Wrong again. Canadian Boomers have the longest life expectancy of any previous generations. According to Statistics Canada, 65 per cent of Canadians aged 65 to 74 were classified as being in good health in 2009, up from 61 per cent in 2000. Simply put, they’re in better shape than previous generations and they stand a better likelihood of staying happy and productive for decades to come.