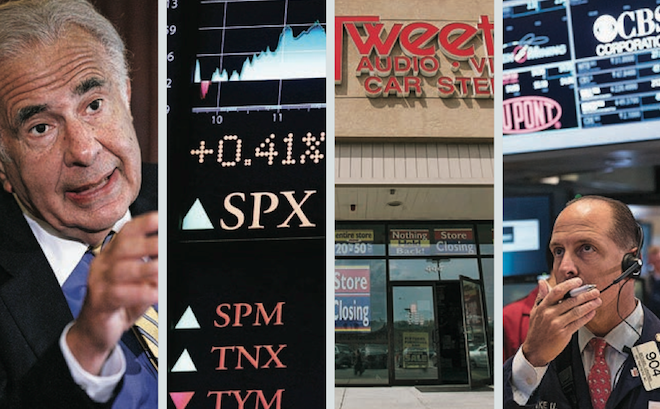 Shares of Talisman Energy jumped when corporate raider Carl Icahn revealed via Twitter that he has amassed a 61.6-million-share stake, or nearly six per cent, in the oil producer. But with a restructuring already well under way, investors and analysts are struggling to understand what Icahn would do differently.

The head of asset collection at Société Générale, Alain Bokobza, predicts a 15 per cent drop in the S&P 500 by early next year as the U.S. Fed withdraws stimulus. That will be followed by what he calls “the big sleep,” or several years of flat performance.

Regulators in Europe are considering a clampdown on private exchanges, where stocks are traded anonymously. The move to boost transparency follows similar efforts in Canada and Australia. The U.S., meanwhile, is proposing better monitoring of so-called “dark pools,” which now account for more than a third of all trading.

Stock Signs brought to you by Questrad