Encyclopedia of the oil crash: P is for Prentice

...and peak oil, power. View this and more in our encyclopedia of the oil crash 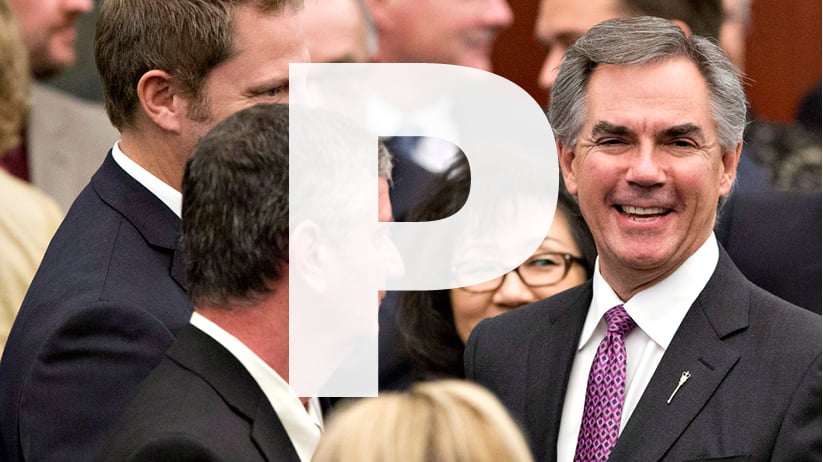 A fringe pseudo-economic theory, associated with Shell geologist M. King Hubbert (1903-89), “peak oil” was in vogue in the late 2000s until earlier this decade. In 1956, Hubbert hypothesized a natural law of resource extraction, arguing that the rate of U.S. oil extraction was likely to peak soon, at the moment when half of the total reserve had cumulatively been extracted, then ultimately drop, forming the shape of a symmetrical bell curve.

Hubbert’s prediction for the U.S. matched the graph of national production rates fairly convincingly through the year 2000, leading congenital pessimists to point out that the theory, if true, must apply to any oil-producing area—including the world as a whole. As of 2012, the prediction had largely come true, even though Hubbert’s 1956 estimates of remaining reserves had been superseded almost immediately. This ought to have been a hint that the guess was somewhat lucky.

Catastrophists did not take the hint. When U.S. oil production suddenly skyrocketed in 2012, thanks to evolving techniques for extracting “tight” oil in the Bakken field and elsewhere, Hubbert’s theory was falsified in a truly brutal fashion. U.S. field production of crude oil reached 280 million barrels in October 2014—not far from the all-time high of 310 million in October 1970.

Under downward price pressures, American extraction rates are likely to retreat again, since tight oil is relatively expensive to produce. But one thing is more certain than any guess at future oil prices (or production levels): Eventually, the diehard Hubbertians are sure to reappear. They’ll come oozing out of the woodwork like fracked oil seeping out of underground rock. Colby Cosh

With barely one-tenth of Canada’s population, Alberta accounted for more than a third of new jobs, coast to coast, in 2014. That was actually a weaker performance by Canada’s economic motor than some others it has posted recently. In 2013, seven of 10 new Canadian jobs were created in Alberta. Extend that trend over many years and you get the Canada we’ve known for the past decade: Populations move west to get some of those jobs. Corporate headquarters and foreign investment follow suit. Power—sheer political clout—follows that money and those populations.

What happens when the price of Alberta’s main resource collapses? At first, not much. There’s such huge momentum behind the long-term trends that have made Fort McMurray so attractive to job-hunters from out east that it’s sometimes called the second-biggest city in Newfoundland.

But everyone’s seen the omens and portents. “We are in the most challenging financial and economic circumstances we have seen in our province in a generation,” Alberta Premier Jim Prentice told Calgary radio host Rob Breakenridge on Jan. 23. Two days before that, the Calgary oil company Pengrowth announced its 2015 budget will be less than one-third of its 2014 budget, and it plans “no active drilling.”

So what if the slump lasts past next weekend? A few predictions are easy. A lot of discretionary activity from resource companies, beginning with corporate philanthropy, will screech to a halt. Museums and theatre troupes may feel an early chill. Next comes hiring. Jason Kenney’s slowdown on the Temporary Foreign Workers Program, which so sorely tested the Alberta government’s patience five months ago, will suddenly not be a problem any more.

Stretch the slump longer and Alberta’s rapid population growth would slow, even stop, maybe eventually reverse. Much later still—well, a prime minister from Calgary will always be possible, but it’ll seem like less of a historical inevitability than it sometimes did over the past decade.

Still, one potential beneficiary of any west-to-east reversal in the flow of power isn’t counting her chickens yet. “I don’t buy absolutes, you know,” Ontario Premier Kathleen Wynne said. “I don’t buy prognostications. I don’t think it works like that. Prices go up and down. Fortunes go up and down.” Paul Wells

The banker and former federal cabinet minister dazzled Alberta in the last half of 2014, trouncing opponents in his campaign to become Progressive Conservative leader, bringing a new team into top cabinet spots with a four-for-four multiple by-election win, and convincing the Opposition leader and 10 other Wildrose MLAs to give up and join his government. His reward? He gets to fix the budget mess his profligate predecessors left behind as oil prices spiral downward. 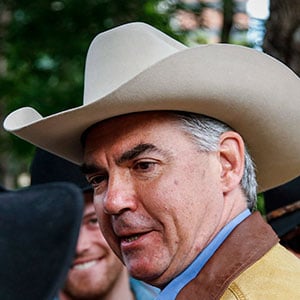 The average price for West Texas Intermediate (a benchmark for crude in North America) through ﬁscal 2013-14 was a healthy $99.05. In spite of this, the province managed to spend $300 million more than it took in, and its net financial position declined by $1.4 billion. Now, the WTI price stands at around $46, and no one knows exactly where it will go. For budgeting purposes, every one-dollar change in the year-long average WTI price is estimated to reduce Alberta government revenues by $215 million, although that number becomes less certain under the impact of large shocks.

Declines in the exchange rate serve to offset WTI changes a little—thanks, Bank of Canada!—but not much (about a quarter-billion for each cent). And the price of the oil sands benchmark—the Western Canada Select blend, mixed at the hub in Hardisty, Alta.—has not plummeted quite as far as WTI. But the math remains daunting. Just to keep pace with the small deficit Alberta ran last year, Prentice will have to find at least six or seven billion dollars of savings soon in a budget of about $40 billion.

Prentice is staying highly visible and talking in speeches and radio interviews about every possible solution to the crisis. He has said that the heresy of a provincial sales tax needs to be considered, he’s talked about hiking the fuel tax and taking back some of the windfall consumers have enjoyed at the pump, and he’s warned provincial employees that the recent generosity shown to them will have to end.

Showpiece infrastructure projects are in peril. The construction of a planned new cancer centre for Calgary, whose Tom Baker Clinic has long been an overburdened second-best in the province, is almost certain to be delayed. The truth is that, even if oil can find a toehold around $45, Prentice will probably have to fight on all fronts: find new revenue sources, whether or not Albertans will swallow a PST; impose Klein-era austerity on his departments; and continue to make use of Alberta’s still-impressive capacity for cheap borrowing. Colby Cosh

FILED UNDER: A to Z of the oil crash Jim Prentice peak oil