There are three very important labour market releases out this morning: both Canada and the U.S. published their November employment numbers, and Statistics Canada also released the labour productivity growth figures for the July-September period.

Here’s a quick look at the numbers, plus a list of recommended readings if you want to know more about the context and significance of these economic indicators.

Employment and Unemployment in Canada

All is well in the Canadian labour market—much better than expected, in fact. The economy churned out an impressive 59,000 more jobs in November, well above the consensus expectation of a 7,500 gain. The hiring came mostly from the private sector and in terms of full-time jobs, and employment levels increased or were unchanged across all provinces. The unemployment rate dipped 0.2 percentage points to 7.2 per cent, the lowest level since March and below the consensus forecast of 7.4 per cent unemployment. 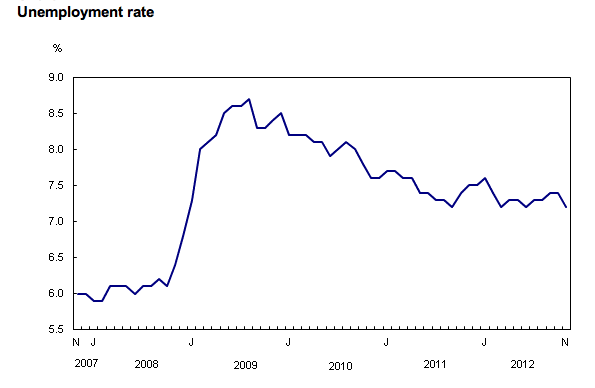 The numbers could be an indication that economic growth is rebounding in the last three months of the year after GDP growth dropped to a meagre 0.6 per cent between July and September.

Employment and Unemployment in the U.S.

Good news south of the border as well. The economy added 146,000 in November, which was below this year’s monthly average of 151,000 gains, but well above the consensus expectation of a dismal 95,000 jobs gain. The disruptions wrought by Superstorm Sandy, it turns out, didn’t affect national employment trends all that much. The unemployment rate edged down to 7.7 per cent from 7.9 per cent in October. 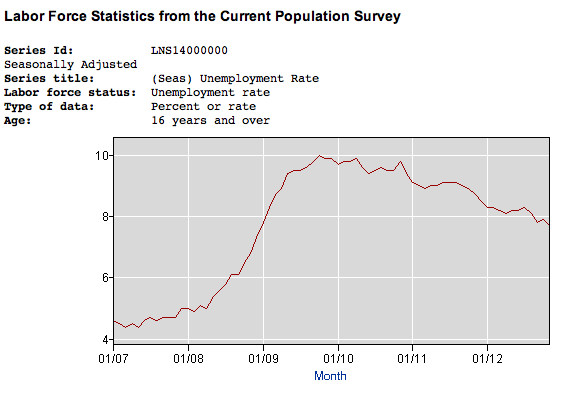 These numbers are much less flattering. Canadian workers’ productivity, or the output produced on average per hour worked (which is measure by dividing real GDP by an estimate of total hours worked over a certain period), dipped 0.5 per cent between July and September after declining 0.6 per cent between April and June. 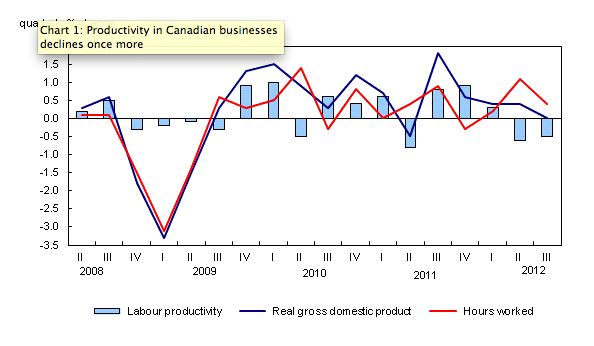 Average hourly wages, though, kept climbing, rising 0.9 per cent in the third quarter after a 0.1 per cent increase in the second quarter. This marks four consecutive quarters in which wages have grown faster than productivity.