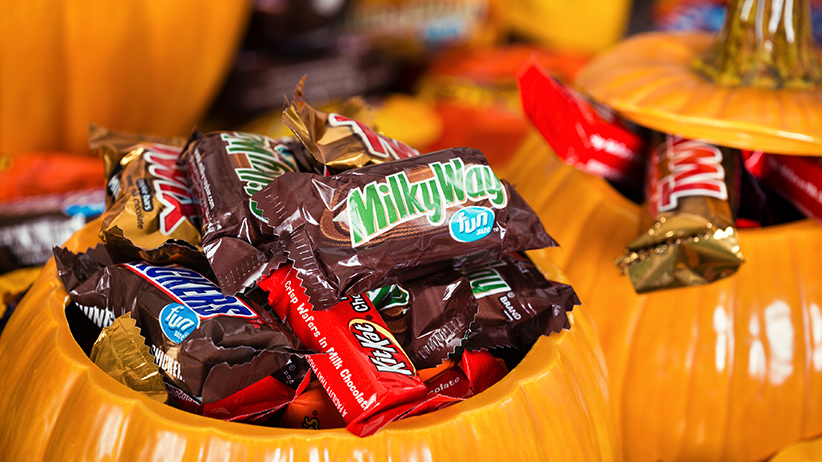 August is a bittersweet month in Canada. The carefree days of summer are coming to an end. Fall is on the horizon. A long, dark winter awaits. Reminders of this inevitable transition are generally unwelcome, as shown by the reactions of some Canadians who have stumbled upon large displays of Halloween candy while shopping.

It is AUGUST 13. Why the hell is #HALLOWEEN #CANDY on display already?! #stillsummer pic.twitter.com/HSi8WY0hc2

So why sell Halloween candy in August, more than two-and-a-half months before anyone will be out trick-or-treating? And who is buying it now?

It’s tempting to link this to the phenomenon of “Christmas creep,” the tendency of retailers to stretch the holiday shopping season as far as possible to boost sales. That trend has been going on for years, and retailers find it to be effective—even if consumers complain. Research from Kit Yarrow, a consumer psychologist at Golden Gate University of San Francisco, has found that while a segment of consumers is genuinely aggrieved by early holiday displays, others prefer to plan head. In the U.S., the National Retail Federation contends more than 40 per cent of consumers start their shopping before Halloween.

Creep has extended to other events, such as Valentine’s Day, so it’s not surprising if retailers are stretching the Halloween season, too. But Shoppers Drug Mart, which is currently selling Halloween candy, does not link the practice to creep. “It’s not a new program,” wrote spokesperson Julie Dunham in an email. The company refers to its Halloween displays as a “bridge program” between summer and fall, and points out there is actually demand for Halloween candy in the run-up to back-to-school season. “The sizing of the items in this confectionery assortment make them an option for packed lunches and after school snacks,” according to Dunham. Full-scale Halloween promotions don’t start until mid-September. Giant Tiger takes a similar approach, offering Halloween candy for “personal consumption” and back-to-school season, according to a spokesperson. A bigger promotion comes later in the fall.

Halloween candy in August is ridiculous. At least I found some “coffin crisp” for @JodiesJumpsuit pic.twitter.com/pot4Wf63mD

Still, retailers can sell snack-sized candy for back-to-school without overt Halloween branding—regular Coffee Crisp instead of “Coffin Crisp.” Sobeys, for instance, introduces miniaturized snacks and candy in August as part of its back-to-school campaign. Halloween merchandise is only sold after Labour Day, according to a spokesperson.

So while retailers might prefer not to admit it, there is an attempt to get a jump on Halloween season. “They’re trying to create an authority position in consumers’ minds,” says Bruce Winder, co-founder of the Retail Advisors Network. “So when consumers do in fact shop, they’ll think of one of these stores first.”

And in an industry as competitive and low-margin as grocery, any attempt to juice sales or claim leadership in a category is probably worth a shot. These days, grocers are figuring out how to incorporate ecommerce, weighing the threat posed by Amazon, and in Ontario, calculating the impact to labour costs as the minimum wage is set to rise to $15 per hour, for example.

It might be hard to top Dollarama in this regard, however. The discount chain has built a reputation in the industry for its ability to capitalize on seasonal demand. Dollarama doesn’t even wait for one major promotion to end before beginning another one. Valentine’s Day merchandise can appear in stores as early as December. Dollarama is not only shilling Halloween candy at the moment, but offers a large assortment of decorations and party supplies, such as a mould for making skull-themed iced shot glasses. (The company did not respond to a request to discuss its merchandising strategy.)

Selling Halloween candy in August may come with another advantage, Winder points out. Early gift purchases for the holidays are generally hidden away until they’re unwrapped by the recipient. Anyone buying Halloween candy two-and-a-half months in advance might be tempted to dig in long before Oct. 31—and have to come back for more.