Hey Target, here's how you expand into Canada, courtesy of Wal-Mart

From the archives: What Wal-Mart's annual reports from the mid-1990s can tell us about Target's ill-fated Canadian expansion 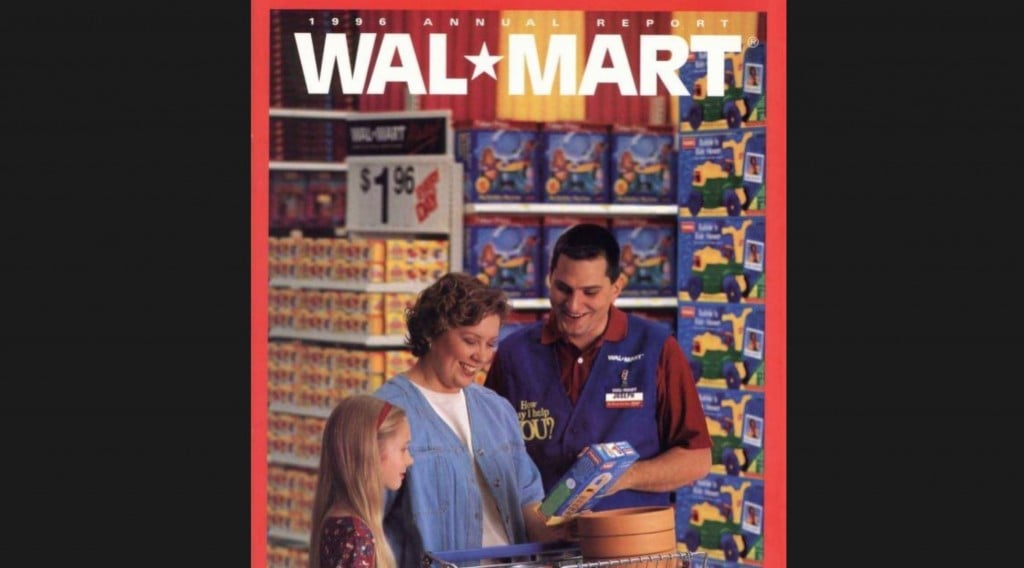 Target Canada is an unmitigated disaster. On that point, everyone, from its customers to investors to the company’s executives, can agree. In reporting its second-quarter results this morning, Target revealed its Canadian operations lost another US$200 million, while same-store sales—a gauge of performance that measures only those locations that have been open for at least a year—fell 11.4 per cent from the same period in 2013.

There’s been no end to the analysis of what went wrong. But to understand just how truly awful Target’s performance has been here, it might help if we compare it to the Canadian expansion of that other giant U.S. big box retailer, Wal-Mart.

In a conference call with Canadian media on Wednesday, Target chief financial officer John Mulligan declared: “We bit off way too much, too early. In retrospect, (we would) probably open five to 10 stores last year—refine the operations, refine the supply chain, the technology, get our store teams trained. But again, that’s all hindsight. We are where we are right now and we’re focused on moving forward to fix this for our guests.”

But a big, bold launch of the type undertaken by Target didn’t have to fail. After all, that was precisely how Wal-Mart entered Canada in 1994. Consider this passage from Wal-Mart’s fiscal 1994 annual report: “Our entry into Canada is proceeding smoothly. The acquisition of 122 Woolco stores from Woolworth Corp provided a quick, wide-ranging entry there, rather than building from the ground up. Moreover, within 36 hours of the announcement, members of our management team visited with the managers of every store . . . The stores are being run by Canadians, with the needs of Canadian consumers top-of-mind. The stores’ merchandise mix is being changed to reflect our price/value concept . . . We expect all 122 stores will be completed well before the holiday shopping season.”

It took Target another 17 years before it finally got around to buying Zellers, forking over US$1.8 billion for 220 locations. The plan was to convert 100 to 150 locations to Target stores by 2014. The remainder would be resold, saddling executives with the dual role of launching a retailer in a new country, while also shopping around for buyers for its excess portfolio of locations. (Target would sell 39 of those spots to its ever-expanding rival, Wal-Mart.) It wasn’t as if the thought hadn’t occurred to Target to plant its flag north of the 49th parallel. As early as the year 2000, it was widely accepted that Target would eventually absorb HBC’s struggling Zellers unit.

It took Target from early 2011, when it announced the Zellers deal, to March 2013 before it opened its doors and could ring up its first sale. To date, Target has racked up $1.8 billion in losses from its Canadian operations. Here is a good breakdown of the losses.

In Wal-Mart’s fiscal 1995 annual report, the retailer said its operating, selling and general and administrative expenses, as a percentage of sales, had risen just 0.2 per cent and 0.3 per cent in each of the previous two years as a result of the Canadian acquisition and launch. By Wal-Mart’s second year in Canada, it had already generated an operating profit, having doubled sales per square foot since taking over from Woolco. By Year 2, it boasted a 40 per cent share of the market.

It’s taken three years for Target to admit just how flawed the Canadian expansion has been. An atrocious inventory management system left shelves empty, while Canadians were completely turned off by Target Canada’s decidedly un-Target-like prices on goods.

Things couldn’t have been more different at Wal-Mart. From the company’s 1997 annual report, here’s a first-hand account of how the retailer’s acquisition and launch unfolded, from a buyer named Agnes Seto, who’d previously worked at Woolco. “We have the most advanced computer technology as tools to do our job, whereas, before, a lot of reports were not available for us to analyze our business . . . We set specific goals for sales, inventory and gross margins.”