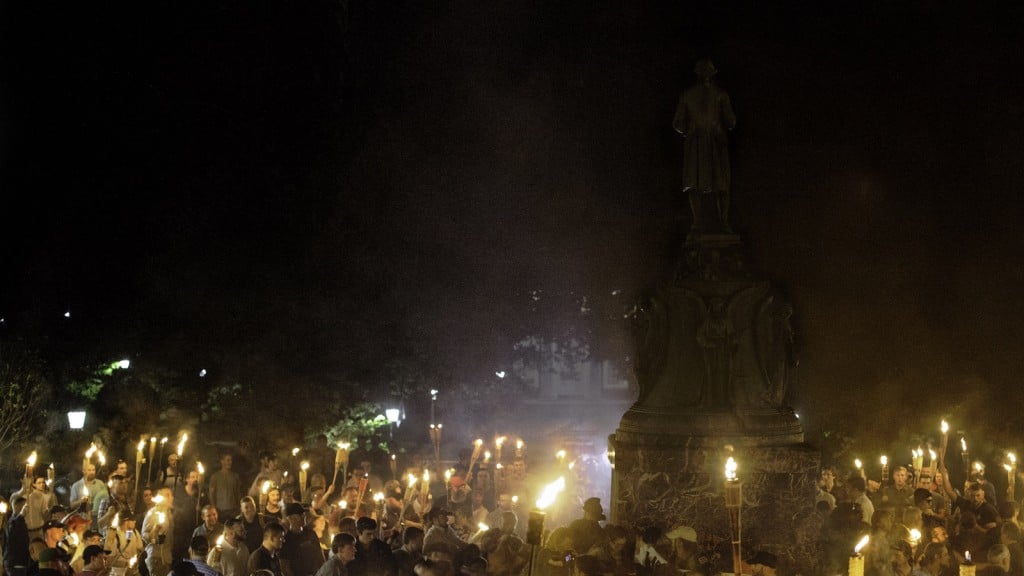 In the Faustian bargain of the internet, the price we’ve paid has been to learn just how fractious we really are. Nobody misses, or will confess to missing, the days of corporate-controlled media oligopolies, but you have to admit they did a good job of simulating social harmony.

The once reasoned, progressive editorial voice of the mainstream news made people with extreme views seem like outliers, and that tended to shut them up. It may have been an illusion, but it was a congenial one. Now, the truth assaults us at every turn: raise any issue of even passing social significance, and watch the internet split us down the middle and degenerate into snark and acrimony.

No news there. Nor, obviously, is the fact that everyone can now have a voice a bad thing. Free speech is inarguably the bedrock of democracy, and it has never been freer than it is now. It’s just that it’s also never been more terrible to behold.

READ MORE: Why corporate America thumbed its nose at Trump over the climate deal

Our faith in this cornerstone of civilization is tested daily, it seems, by bigoted pronouncements from anyone who can get their hands on a microphone or a keyboard, and by images of angry, swastika-festooned men carrying tiki torches. This most enlightened ideal has become an existential threat to enlightenment itself. Chaos, we fear, can’t be far behind.

It’s understandable, therefore, that we’d throw ourselves at a powerful saviour, however improbable. And brands as the voices of moral leadership are about as improbable as it gets. Yet, there they are, beacons of rectitude: CEOs quitting presidential advisory councils, web titans like Google and GoDaddy kicking neo-Nazi web sites like the Daily Storm off their hosting services, social media platforms like Facebook silencing extremists, hawkers of everything from coffee to luxury sedans and even tiki torches preaching tolerance and compassion. And in this unreasonable age, it almost makes sense. Free market capitalism is, after all, an essentially agnostic concept.

What makes us suspicious of it in more harmonious times makes it feel like the only thing we can trust when politics contaminates every other corner of modern life.  And that’s probably true, as far as it goes. There’s nothing wrong with feeling good about a branded corporation taking a stand for something you believe in. But what we can’t do is assume such stands will always be morally motivated, or that those brands will always do what we think is the right thing, or even that they have anything more than the most basic duty to defend civil society.

As vindicating as this moment may seem for the progressives among us, brands have not decided to shoulder our collective moral responsibilities for us. In fact, they probably can’t wait until all this is over.

The heart of this argument is simple arithmetic: Consumers and citizens, despite the labels, are the same creatures, and no less divided when they go to the mall than they are online or at the polls. So, if a business relies on a brand to make money, the risk in any ‘moral’ position it takes on a social issue is exactly in proportion to the number of people who might take the opposite view. If that brand has a particular affinity for one end of the political spectrum, corporate activism might still be good business. But if a brand is big and ubiquitous, a CEO puts her enterprise at risk by engaging at all, something for which no-one will thank her if the result is a decimated stock price and shuttered factories.

That’s what makes this moment so exceptional, especially for the tech brands that live in the eye of the free speech hurricane. Their communities, their investors, their workforces and the media who cover them are all likely to cheer them on for muzzling those people marching with torches, but not all of their customers necessarily will.

It’s an impossible dilemma, and proof that we can’t ever delegate big moral questions to the people who sell us things. Brands can’t be our consciences. Besides, nobody really wants every purchase decision to be a political statement anyway. Sometimes, people just want a hamburger. And sometimes, the best thing a corporation can do for the cause of civility is to simply make them one.